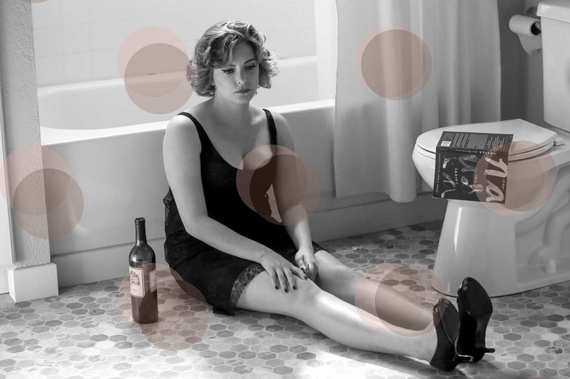 Plenty of TV comedies these days feature women dealing with mental-health issues, but Crazy Ex-Girlfriend, which returns next week, stands out from the crowd. The show's heroine, Rebecca Bunch (played by creator Rachel Bloom), is a successful lawyer with a disaster of a love life. She's a funny, winning, relatable sitcom character, but she's also a realistic portrayal of a woman whose life is constantly being driven off-course by the effects of anxiety and depression.

For Rebecca, perfectionism is a blessing and a curse. It has allowed her to climb to the top of her field, but it left her so miserable that in the show's pilot, she fled New York City to pursue her summer-camp ex-boyfriend in West Covina, California. Plenty of elements of Crazy Ex-Girlfriend aren't rooted in reality -- the characters have a tendency to break into song-and-dance numbers -- but the connection it makes between perfectionism and depression in high-achieving women is all too real, according to experts.

Related: 13 Famous Women on Who Has the Perfect Life

Gordon L. Flett, a professor of psychology at York University in Canada, defines the difference between ambition and perfectionism this way: If someone is merely ambitious, they will often feel a sense of relief or accomplishment after achieving a specific goal. Yet, with perfectionism, a sense of dissatisfaction lingers even after a success and can lead to depression.

Being perfect isn't just something perfectionists would like to be; instead, they feel that being perfect is an imperative, something they must be, Flett told the Cut. That's why, even if a perfectionist appears to be quite accomplished, they're often unhappy, like Rebecca. And since perfection can never be attained, once they hit one goal, they're suddenly facing down another one. Rather than focusing on the positives of any achievement, perfectionists tend to ruminate about their own limitations or any perceived failure.

Both women and men can suffer from perfectionism, particularly when it comes to work, according to Carol Landau, a clinical professor of psychiatry and human behavior at Brown University. However, women tend to ruminate more, and also feel pressured to live up to perfectionist standards about the different roles they have to fill. "We have to be a perfect mother, a perfect spouse or partner, perfect at work, have the perfect house, and so on and so forth," Landau said.

That was the case for Lindsay*, a 28-year-old grad student who had a breakdown in her early 20s after pushing herself too hard. By her senior year of college, Lindsay was trying to complete three majors in addition to a full load of extracurricular activities. She wound up completely overwhelmed by her workload.

"Eventually, I realized that I had messed up and failed a class, and that I wasn't going to graduate on time from college," Lindsay told the Cut. "I started hyperventilating so badly, I couldn't really use my hands, and I had a panic attack where I passed out. When I came to, I was surrounded by EMTs."

Related: The Myth of the Effortlessly Perfect French Woman

Lindsay fell into a period of severe depression and had to take some time off before returning to school. "In the end, it was a sort of slow-motion train crash. I did finish school, but haltingly, and it took me two or three years to return to homeostasis. I couldn't eat, couldn't sleep; there was numbness," Lindsay said.

Perfectionists like Lindsay tend to be self-critical people, and when they don't measure up to the impossible expectations that come from themselves or from others, they can be very hard on themselves, Flett explained. As the sense of failure kicks in, or the pressure to be even more perfect builds, perfectionists are prone to losing interest or feeling hopeless.

Flett and his colleagues investigated the destructive side of perfectionism in a 2014 study. They found that certain symptoms of depression, such as suicidal thoughts, can be even stronger in perfectionists, because of their isolation and tendency toward self-criticism. Their form of depression often falls in the category of high-functioning (or smiling) depression, where their inner pain isn't apparent to those around them.

"There's examples of this sadly in terms of known cases of people who have taken their lives," Flett said. "Mick Jagger's girlfriend [fashion designer L'Wren Scott] from a couple of years ago probably fits this description, where nobody really saw it coming. And there's a case of somebody who was really successful and had so much to offer, but sadly is no longer with us."

Yet, despite the close link with depression, perfectionists aren't necessarily doomed to suffer from depressive thoughts. There are several interventions that can help them cope with their rumination, feelings of failure, and obsessive quest for perfection, according to Landau.

Related: 25 Female Athletes on the Pursuit of Perfection

There's cognitive therapy, in which a therapist will "zero in" on a person's irrational beliefs, primarily about their thoughts about the necessity of being perfect or feelings of worthlessness over not being perfect. Cognitive therapy can also help a person recognize that their whole identity isn't founded on being perfect, and that they are still deserving of happiness or love even if they experience failure. Additionally, when they find themselves spiraling, perfectionists can seek out distractions to get their mind off of things. Landau suggests they watch a funny television show or try to talk to a friend about something unrelated -- two seemingly easy fixes that can provide temporary relief from their anxiety.

For Lindsay, therapy and moving back home for a few years helped her let go of the unrealistic standards she'd set for herself. Eventually, she learned how to relax and celebrate her accomplishments. As Crazy Ex-Girlfriend's second season kicks off, Rebecca Bunch might be learning the same lessons. Landau said, "Usually, if you ask yourself what's the big picture, you find out it's not that important and that it's not just you and it's not all of you. It's creating a new narrative."

*Name has been changed.

More from The Cut:
30 Famous Women on Heartbreak
I Tried Hillary Clinton's Diet and Now I Sympathize With Her
New Moms on the One Thing They Did Perfectly
Viola Davis Is a Failure, and That's Okay
An Exhaustive List of all the Allegations Women Have Made Against Donald Trump