Ford Motor Company and the advertising firm WPP have issued apologies after mock ups of ads for the Ford Figo, a hatchback made in India, were posted online last week, Business Insider's Laura Stampler reports.

While three posters were uploaded to (and removed from) Ads of the World, the one that has perhaps received the most attention features caricatures of three scantily-clad women with their hands and feet bound and their mouths gagged. In the driver's seat -- looking back and flashing a peace sign -- is a grinning man who looks a lot like Silvio Berlusconi, the embattled former Prime Minister of Italy. (Berlusconi is, of course, not only known for throwing wild "bunga bunga" sex parties, but is facing charges of paying for sex with an underage woman.) 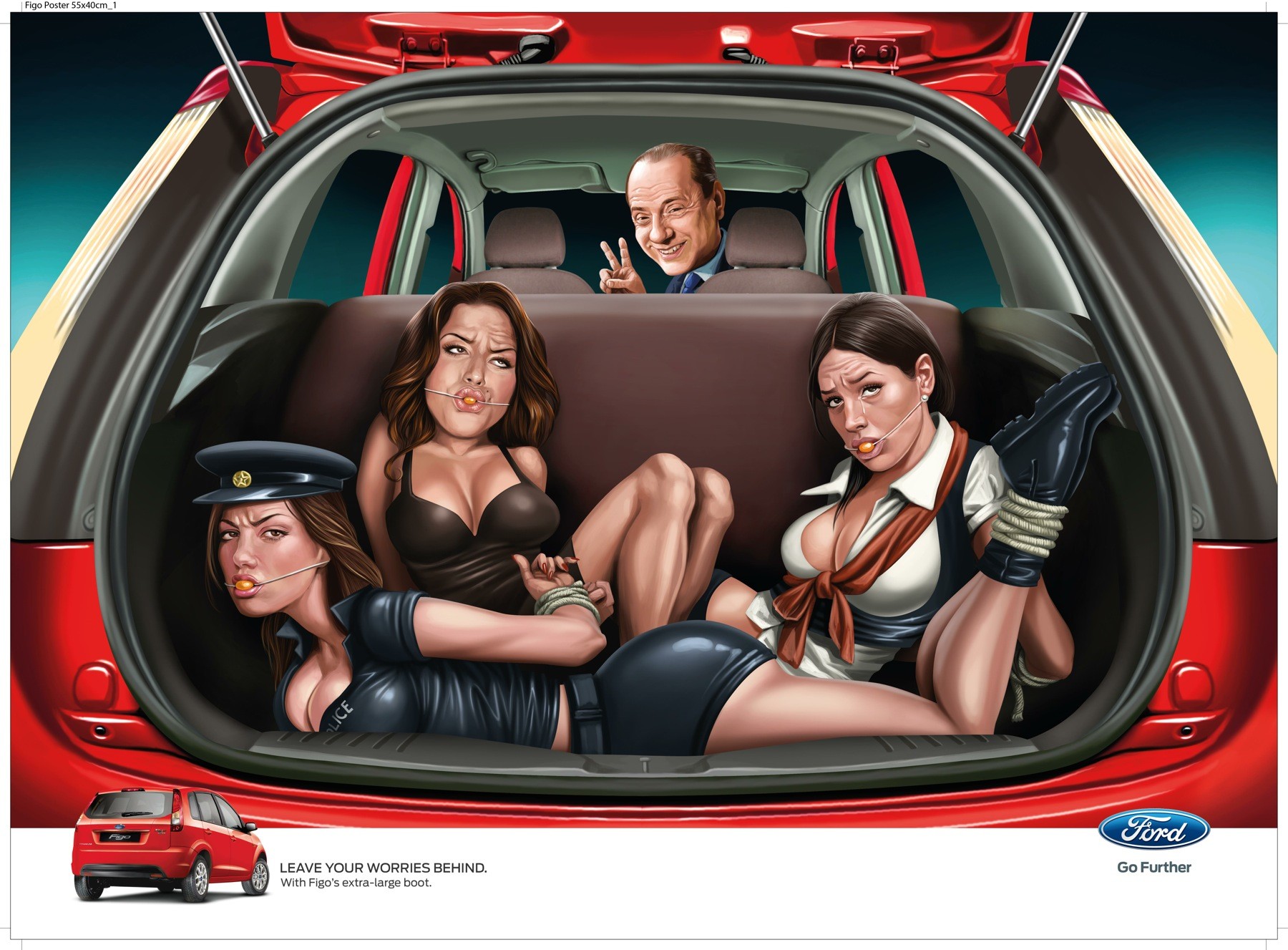 Autoblog summarizes the other two ads that were uploaded:

Another version shows Paris Hilton similarly kidnapping a trio of Kardashians, while a third (tame in terms of the clothing at least), has Michael Schumacher toting Sebastian Vettel, Fernando Alonso, and Lewis Hamilton.

(Visit Autoblog to see the other ads.)

In a statement emailed to The Huffington Post, WPP expressed regret over the publication of the ads and said they should never have been created in the first place.

"We deeply regret the publishing of posters that were distasteful and contrary to the standards of professionalism and decency within WPP Group," the statement said. "These were never intended for paid publication and should never have been created, let alone uploaded to the internet. This was the result of individuals acting without proper oversight and appropriate actions have been taken within the agency where they work to deal with the situation."

Ford did not respond to a request for comment from The Huffington Post Saturday, but issued a statement to The Wall Street Journal that echoed WPP's.

“We deeply regret this incident and agree with our agency partners that it should have never happened,” Ford said in a statement, as reported by The Wall Street Journal. “The posters are contrary to the standards of professionalism and decency within Ford and our agency partners.”