COPENHAGEN -- As the flow of refugees into Europe continues to increase, European governments struggle to respond promptly and adequately in a context of tight government budgets and flagging political will. Against this backdrop, many are beginning to exploit rules set down by the Organization for Economic Cooperation and Development that allow for such expenses to be counted as "official development assistance" or "ODA."

Reporting domestic refugee expenses as ODA is as short-sighted as it is cynical and irresponsible. This expenditure is unlikely to decrease over the coming years, to say the least, and must be disconnected from development aid budgets. The massive cutbacks in development aid will only aggravate those conditions that provoke or entail involuntary migration.

The concept of ODA, and the idea that OECD countries should each dedicate 0.7 percent of their Gross National Income to it, is a product of the 1970s. Since then, development aid budgets of European countries have been a counting game of reaching this agreed number. To avoid the counting and reporting of inappropriate expenses as ODA, a set of rules was set up to monitor the pledge. The main rule remains that ODA needs to be public expenditure primarily geared to promoting economic development and welfare in a defined list of recipient countries.

Financing domestic refugee expenses at home or development cooperation interventions should not be an either-or.

Over the years, however, OECD has accepted some kinds of spending that do not fully meet these criteria, slowly diluting the rules. In 1988, one of these categories of spending that was introduced concerned the reporting on "in-donor refugee costs." This allows for expenditure by OECD governments for the sustenance of refugees in their own country during the first 12 months of their stay, a budgetary technicality we now see used to a perverse degree.

Such practice is not just shady accounting from a few peripheral European governments that are otherwise skeptics of aid. Traditional frontrunners are leading this questionable movement: Denmark will cut more than $600 million from its ODA to make room for domestic refugee expenses in 2016, and these expenses may comprise a third of its development aid budget; Sweden is looking into cutting its development aid budget by 60 percent to do the same; and so is Norway, as it looks to cut some $500 million. And the picture is the same across other countries such as the Netherlands. Adding insult to injury, the same countries that now over-report refugee costs at home are part of an underfinancing of U.N.-managed refugee camps in the regions -- despite many of them publicly acknowledging regional accommodation as the better solution to the refugee crisis.

Refugee expenses are not questionable in themselves, quite the opposite, but the reporting of this expenditure as ODA is highly problematic for a number of reasons. It does clearly not directly contribute to the objective of economic development and welfare in developing countries. Quite the opposite, it simultaneously facilitates billions in cutbacks of poverty alleviation work, clouding the view of what OECD countries actually do to support developing countries.

Financing domestic refugee expenses at home or development cooperation interventions should not be an either-or. Development aid, when delivered through effective programs and projects, can target and tackle the very causes of involuntary migration. By fostering peace and stability while supporting economic growth and job creation, development aid remains a critical part of the solution in stabilizing the refugee situation.

The reporting of refugee costs today also poses problems to the integrity and legitimacy of ODA as an indicator of development finance. This is true for two reasons:

First, there is a lack of consensus among OECD members on whether in-country refugee aid should be included in ODA accounting. To date OECD members Bulgaria, Poland and Luxembourg do not report their refugee expenditure as development aid. Yet, independent analyses of ODA reporting practices by civil society and research organizations make no distinction among all members on this score.

'Migration has to come from aspiration and not from desperation.'

Second, the actual reporting practice is haphazard. In 2012 the OECD secretariat published a note based on a survey of its members' refugees reporting practices for the year 2009. The note observed such divergent reporting practices that it explicitly warned users of statistics that data on refugee costs of different OECD members are not necessarily comparable. Members also differ in the categories of refugees included, the types of expenditures, as well as the methodology to assess the costs. As a result, the average annual "cost" per refugee ranges from $1,800 in Portugal to over $30,000 in Belgium.

Some EU members of the OECD have now informally opened the discussion on possibly extending the reporting directives to extend the cost reporting period from 12 months to three years. The effect of such a move would be to reinforce the current trend whereby refugee expenditure effectively crowds out expenditure on supporting long-term development. OECD members are well-advised to seriously consider the potential reputational damage of such a change, especially given their own investments in restoring credibility of ODA reporting in 2014 by reforming reporting on loans and debt relief.

Assuming European countries' genuine willingness to take a leading role in moving towards a world in which "migration has to come from aspiration and not from desperation" -- as formulated by Neven Mimica, EU Commissioner for International Cooperation and Development -- the only credible way forward is for them to force the OECD to remove reporting on in-country refugee costs from the ODA reporting directives.

PHOTO GALLERY
Life As A Syrian Refugee
Download
Calling all HuffPost superfans!
Sign up for membership to become a founding member and help shape HuffPost's next chapter
Join HuffPost
Voting Made Easy
Register to vote and apply for an absentee ballot today
Register now 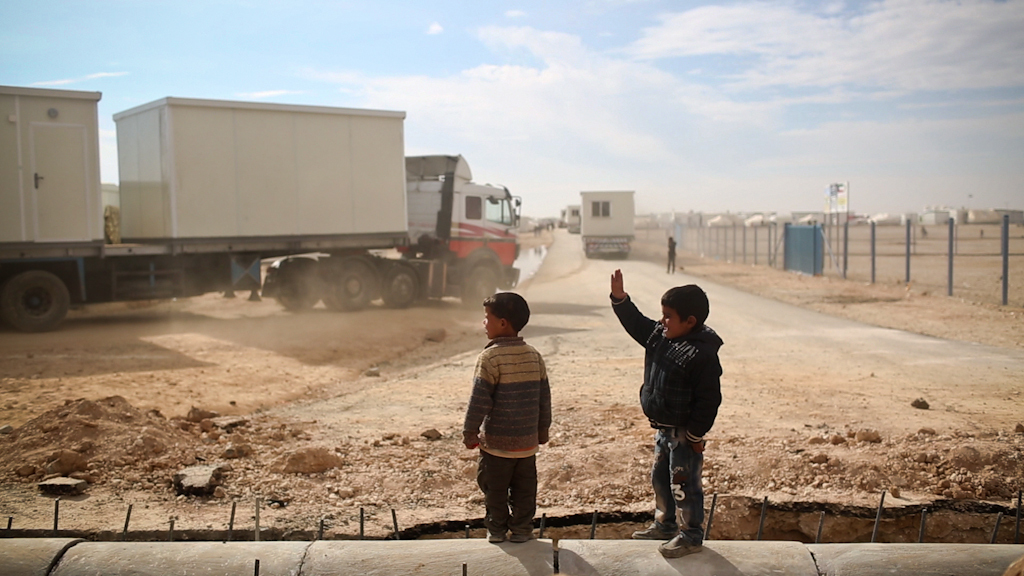