Domestic interest groups aren't the only ones working the halls of Congress. For decades, foreign governments have paid a pretty penny to hire U.S. firms to get their interests on the U.S. agenda.

When the Cayman Islands wants to remain a tax haven or Panama needs a trade agreement ratified, foreign governments will spend hundreds of thousands on hired hands.

Foreign politics are saturated with U.S. dollars. The United Arab Emirates spent a dazzling $5.3 million in 2009 to forge relationships with U.S. officials, the New York Times reported. Saudi Arabia is estimated to have spent about $100 million to gain influence in the U.S. since 2000, LobbyingFirms.com notes. Also according to the New York Times, Morocco paid lobbyists more than $3 million to address its border dispute with Algeria, while Algiers spent $600,000 to advocate against Rabat's position.

Since World War II, foreign lobbying in the U.S. has been tightly regulated. Fearful of effective Nazi propaganda, U.S. lawmakers passed the Foreign Agents Registration Act (FARA) in 1938. The new rules required every agent lobbying on behalf of a foreign client to register with FARA, detailing the issues they worked on as well as the U.S. lawmakers they met with.

"They actually have to report who they're lobbying and you can actually see those contributions going to who they're directly lobbying," Bill Allison, editorial director of the pro-transparency Sunlight Foundation, explained to the Huffington Post in 2011.

Yet as Ken Silverstein noted in Harper's Magazine, many lobbyists still fail to register despite possible harsh sentences in case of non-compliance. Those who do comply often keep the descriptions of their activities to a minimum.

Using data through March 2011 from the Foreign Lobbyist Influence Tracker put together by the Sunlight Foundation and ProPublica, here are a few examples of where foreign agents are putting their money:

HuffPost Live will be taking a comprehensive look at the corrupting influence of money on our politics Sept. 6 from 12-4 p.m. EDT and 6-10 p.m. EDT. Click here to check it out -- and join the conversation. 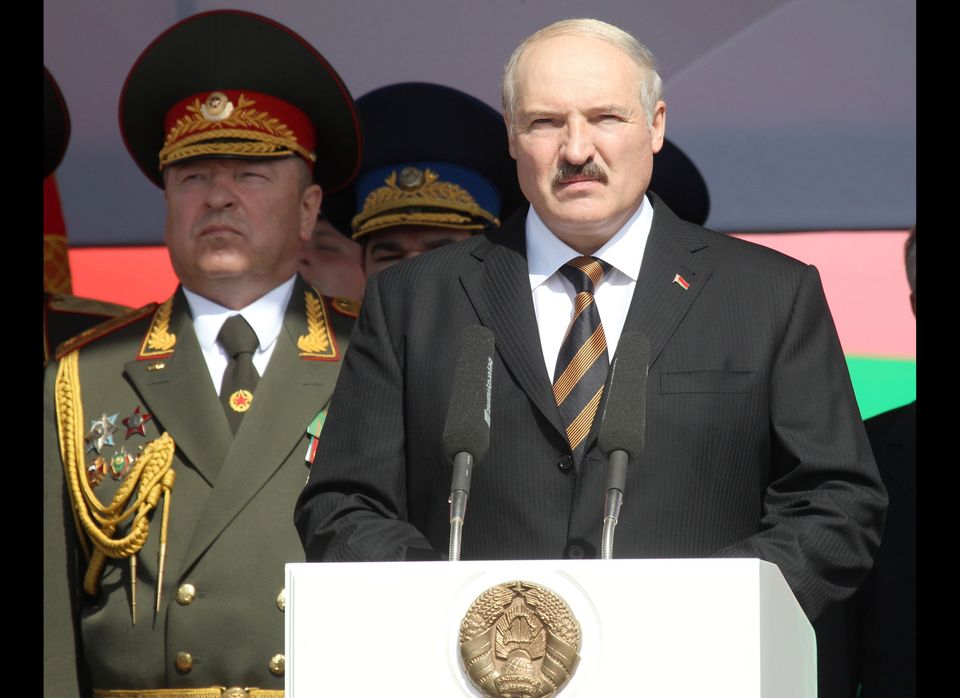 1 / 5
Covering Up Rights Abuses
The government of Belarus, often called the last dictatorship of Europe, is notorious for civil rights abuses. <a href="http://www.hrw.org/europecentral-asia/belarus" target="_hplink">According to Human Rights Watch</a>, in Belarus, "Human rights defenders, civil society activists, and independent journalists are routinely persecuted for expressing any signs of discontent with the authorities." What better way to clean up that nasty stain than by <a href="http://foreignlobbying.org/client/Republic of Belarus/" target="_hplink">hiring AG Consulting, Inc</a> to "discuss human rights situation in Belarus" and "[urge for a] more favorable attitude to Belarus in response to freeing political prisoners and easing on press restrictions"? <i>Photo: Belarus President Alexander Lukashenko speaks during a parade marking Independence Day in Minsk, Belarus, in this Tuesday, July 3, 2012 file photo. (AP Photo / Nikolai Petrov, BelTA, File)</i>
AP