Wakanda (is) forever, but Forever 21 is canceled for some outraged fans.

The fast fashion clothing company faced backlash almost immediately on Tuesday after a photo of a white model wearing a “Black Panther” sweater surfaced on the company’s website, splayed with the movie’s famous phrase “Wakanda Forever” on the front.

this sweater just called 311 because Shuri's making too much noise in her lab pic.twitter.com/Npd7nxwhJP

Some people were pissed that a blond, blue-eyed man was the face of the Marvel movie that celebrated people of color:

Wakanda bullshit is this, @Forever21? pic.twitter.com/S4ZVryPXWB

A Wakanda Forever Fair Isle knit sweater modeled by an Eminem lookalike just makes no sense whatsoever, and it's insulting. @Forever21 is canceled

Hey @Forever21 this ain’t it pic.twitter.com/D31C8gN7jv

This guy looks like Joey McIntyre dressed up as peak "Real Slim Shady" era Eminem and they put him in a Wakanda Forever sweater.

2018 really committed to the crazy. pic.twitter.com/kJ5y7G9f4K

Others didn’t take offense to the model and pointed out that it was a Marvel movie based on a comic written by white men:

Yeah granted I get why on one hand how it looks bad but it’s ridiculous because Black Panther wasn’t just made for black people it was made for everyone to enjoy which is why Stan Lee made him, he didn’t make the character to divide people or make em feel like it’s about race...

I’m still wearing #Forever21 . Ya pressed over not a got damn thing. Has everyone forgotten #Wakanda and it’s people are fictional created by a white mans vision ? Goooodbye.

Forever 21 took the image down on Tuesday and later showed the sweater on display on its own, without a model wearing it.

“Forever 21 takes feedback on our products and marketing extremely seriously,” the company told HuffPost in a statement. “We celebrate all superheroes with many different models of various ethnicities and apologize if the photo in question was offensive in any way.”

The company has come under fire for controversial shirts on white models before. In 2013, the retailer put a white model in its line of Compton T-shirts and tweeted out “New arrivals... straight outta Compton.”

The shirts read “Ice Cube,” “City Of Compton” and “N.W.A.: The World’s Most Dangerous Group.”

Just a few years later in 2016, the company again faced backlash for selling shirts for young boys that said things like “Chicks Are All Over Me” and “Sorry Ladies I Only Date Models.”

The collection was later pulled and the retailer offered an apology, similar to the “Black Panther” one.

“Forever 21 takes feedback and product concerns very seriously,” a representative for the company Refinery29 in a statement.

“With regards to the T-shirts in question, after receiving feedback we have taken immediate action to have them removed from our website,” it said. “We sincerely apologize to anyone who was offended by the products.” 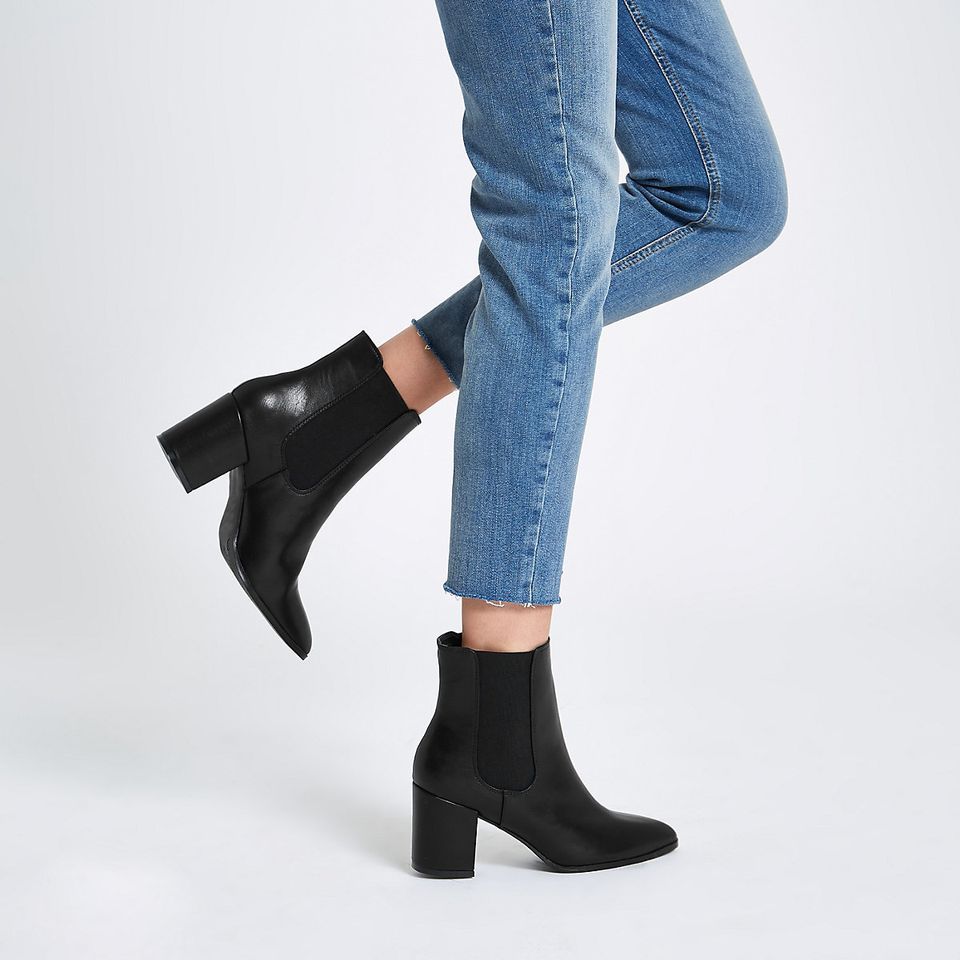 1 / 18
These block heel booties from River Island
"These boots are so comfortable because of the block heel. I can be on my feet all day and they look great with cropped jeans."&nbsp;<strong>Danielle Gonzalez, Commerce Specialist<br></strong><br><strong>&lt;br&gt; Shop these <a href="https://us.riverisland.com/p/black-pointed-block-heel-boots-721264" target="_blank">Black Pointed Block Heel Boots</a> sizes 4-11 for $84.</strong>
River Island