Multigenerational homes are definitely a reality for many Americans -- so we guess it makes sense that television producers would want to base a reality television show on the premise.

"Forever Young," a new TV show premiering on TV Land tonight at 9 p.m./10 p.m. EST, places five people under 30 and five people over 70 in a home under false pretenses for a "social experiment" -- we'll let the "gee-whiz" voiced narrator explain: "These days the ever-expanding chasm between generations threatens to tear a hole in the social fabric. Which begs the ageless question: Can't we all just get along?"

Ehhhh, maybe? It definitely won't be a stroll in the park from the first episode, where viewers are treated to a quick cut of seniors and "juniors" sharing their gripes about the opposite age group:

After the roommates realize the true concept of the show, both groups aren't above relying on ageist stereotypes, which came out during a trip to a grocery store (Angelina wonders if she should pick up adult diapers for her elder housemates) and a quiz game, where seniors and juniors were asked questions about the opposite sides' generation (Young people are dumb!). (Though, to be completely honest, the juniors weren't doing themselves any favors by not knowing that the Civil War happened before World War II... seriously?)

"Forever Young" is definitely rooted in the "old people... they're not what you think!" narrative of senior reality shows before it, like "Golden Sisters" on OWN and WE TV's retirement community romp "Sunset Daze". But it's a show that has a lot of heart, too. Even if it can't help itself when it cuts to sight gags (83-year-old former showgirl Shirley's thong is still a granny pantie) and age-related stereotypes like memory loss, the season preview shows that friendships and understanding are formed through crazy challenges and set-ups that are oh-so-common for these types of shows.

Are we saps for choking up a bit when a teary Mike tells Lou, "You've been like a grandfather to me and that means so much"? Maybe. But at the end of the day while "Forever Young" may not be able to do the heavy lift of bridging the generational gap outside the show, it definitely makes for entertaining TV. So we'll be watching -- will you? Tell us your thoughts in the comments. 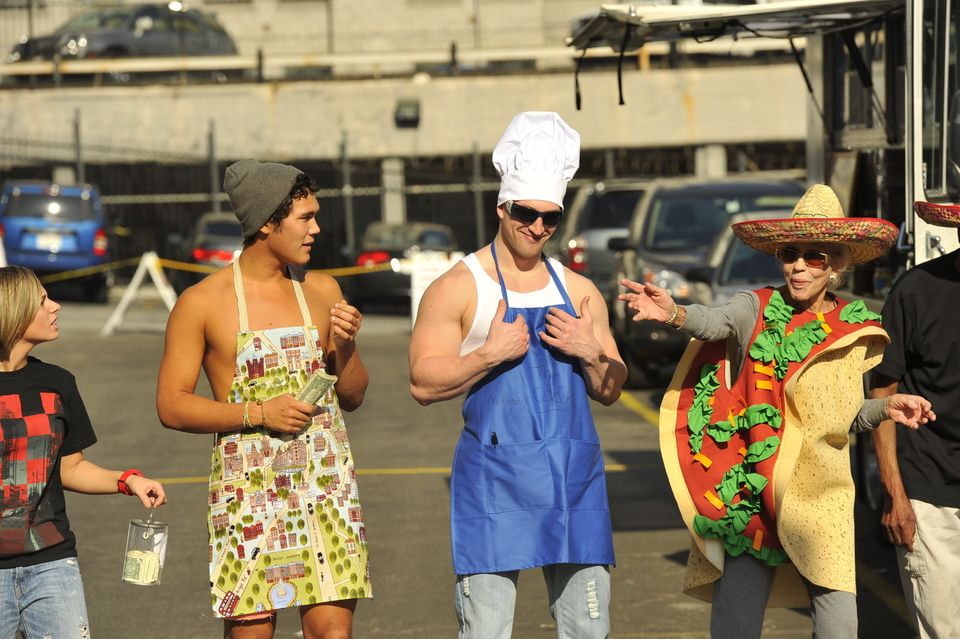