One beautiful afternoon in Central Park, my husband and I sat and discussed having a child. Today, that child turned five. Though I'm not quite sure how that happened.

The other night, as we sat giggling in her bed discussing how much fun her birthday party was, I realized this is such a big moment.

This is her last year of little girlhood.

This is her last year of pretend.

This is her last year of innocence.

Next year starts kindergarten, riding buses, meeting kids whose parents I won't know and won't meet. Of her being on her own. 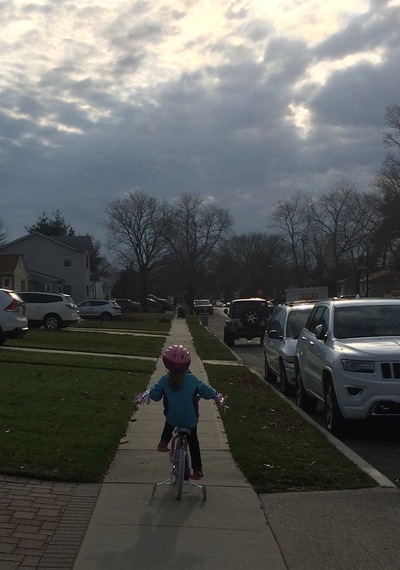 I was thinking of last year when she was three, dying to turn four and telling her to enjoy being young. To enjoy being three. Four would come soon enough. Somehow those 365 days were a mere snap. Three to four was a marginal transition. Four to five is huge.

Now, as I sit here thinking of her turning five I think of all the things that begin with school. Real school starting. Five, the age in which you leave your littleness and become simply "a kid."

Will she still want to snuggle with me as much as humanly possible?

Will she still look at the world with giant, sweet, innocent, sparkly eyes?

Will she still know there is nothing bad in the world?

Maybe it's that impending loss of innocence that makes me sad. 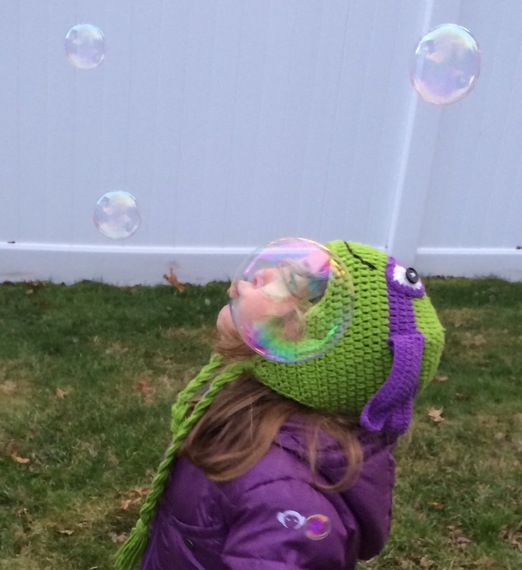 That first time she will hear a curse word on the bus or learn what flipping her middle finger means.

That first time someone tells her not liking a parent is an option.

That first time -- as a girl -- someone makes her feel ugly or fat or less than the perfect, sweet, thoughtful, caring little person she is without even trying.

I think about that a lot. How girls -- at some point in their lives -- are made to feel less than. I'm not sure when that moment comes or how, but I fear it is inevitable. I would LOVE to have one of you respond and tell me that moment never happened to you because, sadly, I feel it is a horribly evil rite of passage. 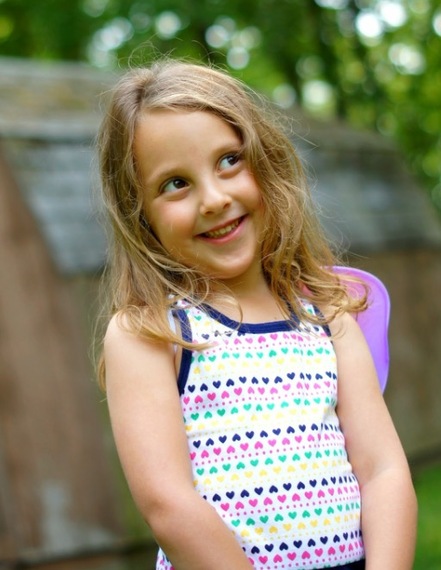 I think of all the things adults care about and judge each other on and then I think about it through her eyes and how none of it matters. When do we ruin these children to think these things matter?

I stare at this miracle human being I grew in my belly and want to bottle her happiness, joy and innocence today so I can serve it to her on that day she comes home crying to make her feel better. Because my "Mama-magic" and special hug just won't cut it anymore.

I think and wonder how do all these kids who I watch make picture upon picture for each other and beg each other for play dates become mean girls.

Someone tell me so she doesn't ever have to feel hurt.

Someone tell me what to buy her so she can slide through school unfazed. Unhazed.

So she doesn't ever have to feel sadness.

So she doesn't ever get made fun of because one part of her body pops out one way while another part pops out another. Both completely out of her control and completely confusing to her.

So she doesn't ever have to do something she doesn't believe in because someone is pressuring her into it.

So she can remain happy. Every day. 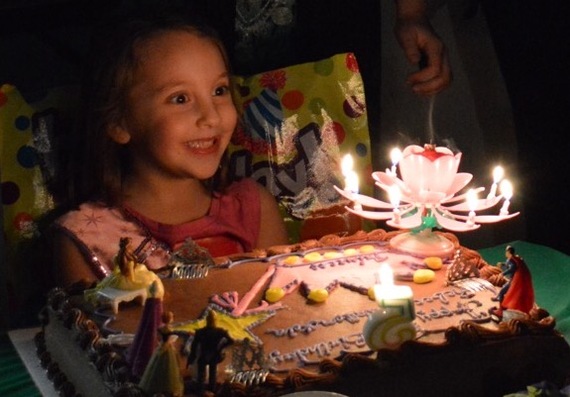 My baby. My beautiful girl. It all starts at five.