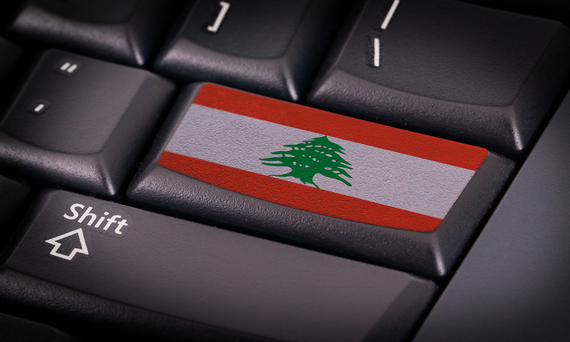 Recently called "the Silicon Valley of the Middle East" by CNN, and "the Middle East's Tech Hub" by TechCrunch, Beirut's tech scene is the darling of international media of late. (Though Techonomy first wrote about it over two years ago.) The tech scene here has turned a corner, going from fledgling to now officially on the map. Among the reasons: the launch of various funds that will bring over $100 million in investments to Lebanon's startup economy over the next five years, and the ongoing efforts of Lebanon's Central Bank to decrease the risk of investing in startups.

But now three new companies that specifically aim to foster tech startups are setting up. Two of them are accelerators, and one will invest and nurture slightly more mature companies. In a city of 2.2 million, some are wondering, is this a bubble? And if so, when will it burst?

"The value of the whole is greater than the sum of its parts. We believe that there is enough in the pipeline for all of these initiatives," says Omar Chatah, international accelerator manager at UK Lebanon Tech Hub. He considers the new Hub to be "post-accelerator," as it plans on taking startups that have perhaps graduated from other programs and spending three months with them in Lebanon, before choosing the best ones to bring to London for a 10-month internationalization program. "We send them out to London, where they will be matched with relevant clusters and mentors."

The other two new companies--Speed and Flat6Labs--are accelerators in the traditional sense. This Beirut branch will be the fourth accelerator that Flat6Labs has set up in the Middle East, with others in Cairo, Abu Dhabi, and Riyadh. To date, it has worked with 68 companies in all.

"There are a few main challenges in the tech space in this region. They are almost exactly the same in each country: lack of capital, still-developing ecosystems, not many angel investors, not many mentors, only a few success stories," says Ramez Mohamed, CEO at Flat6Labs.

Similar to UK Leb Tech Hub, Flat6Labs aims to bring the best startups out of Lebanon and help them transition to a foreign market. Their target? The Gulf.

"The market in the Middle East is completely different. We might share a language, we understand each other, and there is a common history, but still, for an Egyptian or a Lebanese entrepreneur to open up shop in Dubai, it can be quite challenging. And that is where our role comes in," says Mohamed. With its four regional accelerators and plans for future expansion, the company hopes to make it easier for a good idea in Egypt to be replicated in the United Arab Emirates, Saudi Arabia, or Jordan.

The fragmented market in the Middle East is the elephant in the room. Sure, some of the hurdles for the tech industry in Lebanon include slow Internet, lack of funding, or lack of mentorship. But all of these are issues that can be addressed. But beyond that, an even bigger hurdle for a startup is that national markets in the Middle East are so fragmented. In order for investment to pay off, a startup has to succeed in each of those markets, or in the case of Shahiya, a Lebanese recipe portal that was acquired for $13.5 million in 2014, be bought by an international company.

"No one in their right mind would invest in a startup whose target market is purely Lebanon," says Fadi Bizri, managing director of the young entrepreneurship program Bader, who serves on Speed's Board of Directors. Bizri was part of the team that founded the first-ever accelerator in Lebanon, Seeqnce. Although that one eventually shut down for "various reasons," many felt that it was a national success, given that some of the startups it helped emerge, including Presella and Etobb, are considered some of the region's best.

"We have shown it works. And now people are thinking, OK, we need an accelerator in Lebanon," explains Bizri. "People still think that we don't have the mass of people who want to be entrepreneurs. But that is what everyone said when we did Seeqnce and we got hundreds of applications. That was three years ago!"

Speed plans on 3-month programs for 10 startups, with up to $40,000 in funding for each and two rounds a year. It was meant to launch in January, but due to "cultural differences" with the original CEO of Speed that resulted in the two entities parting ways, the project has been delayed and plans on launching this summer.

"Everyone in Lebanon says that we need an accelerator. Everyone is looking for it, everyone is waiting for it," says Bizri. "If we do it well, it will make a difference in the ecosystem."

Three cheers for that.