There's a new undercurrent in Washington debate, an unstated drive to undo the bipartisan consensus that's governed American policy for a century. New pieces by Fareed Zakaria and Clive Crook merely reflect the new unspoken theme that's revealing itself in debates on taxation, Social Security, and a dozen other areas: If the wealthy must sacrifice anything, then the middle-class and poor must sacrifice at least as much. The old belief that greater fortune brings greater responsibility is under attack. The idea that "to those whom must has been given, much is expected" is being overthrown.

The Bush tax cuts widened the gulf between the rich and everybody else, and the well-to-do benefited more than anyone from bank malfeasance and the resulting bailout. Tax cuts for the wealthy have disproportionately contributed to the national deficit. Yet here a few examples of the many ways the Washington elite is talking about having the middle class, or the poor, carry the financial load that has resulted:

Greedy Geezeritis: We have a "Deficit Commission," led by a man who calls retired people "greedy geezers," that obsesses about cutting Social Security benefits rather than addressing tax increases. Hedge fund managers get a disproportionate tax break, there are a dozen other loopholes for the wealthy in the tax system, and yet even the self-described "liberals" on the Commission can help obsessing about the need to cut benefits for elderly Americans.

If the rich can't have tax cuts, nobody can! in a new two-pronged attack, Fareed Zakaria and Clive Crook both just plumped for the idea that if the Bush tax cuts should expire for the well-to-do, then they should expire for everybody.

Make the poor support the poor: The Democratic Congress just cut food stamp benefits to pay for Medicaid and fund teachers, creating what Ezra Klein rightly calls a "Sophie's Choice." It's led to an ugly result that may not even benefit Medicaid or teachers in the end.

Free Paris Hilton! In a time of growing deficit and national recession, Republians continue to obsess about relieving the estate tax for multimillionaires. They call it a "death tax," even though the person being taxed isn't the one who died.

Remember, progressive taxation was a Republican idea, introduced under GOP President Theodore Roosevelt. "No man should receive a dollar unless that dollar has been fairly earned," said Roosevelt. "Every dollar received should represent a dollar's worth of service rendered, not gambling in stocks, but service rendered. The really big fortune, the swollen fortune, by the mere fact of its size, acquires qualities which differentiate it in kind as well as in degree from what is possessed by men of relatively small means. Therefore, I believe in a graduated income tax on big fortunes ..."

But Ol' Rough and Ready has been replaced by a mindset that might be described as "Ol' Plush 'n' Comfy." Sure, we've got a recession on our hands, it says. But if the wealthy must be inconvenienced, let's show our impartiality by laying burdens at least as heavy on those who can ill afford it.

The Bush tax cuts were the brainchild of conservative economists and once received the blessing of Alan Greenspan. But Conservanomics is quickly become a church with no bishops. Greenspan opposes extending the cuts, as does Reagan Budget Director David Stockman, who left the trickle-down faith a while back (although he's still a deficit hawk). The only unequivocal advocate these tax breaks seem to have left is Sarah Palin, whose palmreading tells her that the "tax increase" (actually the expiration of a temporary cut) would "affect every single American who pays an income tax."

Actually, under current plans they would only affect those who earn more than $250,000 a year. The only ones proposing otherwise are people like Zakaria and Crook, whose pieces read as if they were using the same outline: 1. Oh, how politics interferes with sound policy; 2. Both parties have it wrong; 3. Let the cuts expire for everybody, right now; 4. "I hate our current tax system, anyway; 5. Close with one last ironic line about politicians.

"Obama must break his tax promise" (to preserve breaks for the middle class), says Crook. "Raise My Taxes, Mr. President!" offers Zakaria, who magnanimously volunteers on behalf of the far less wealthy middle class as well. "Extend all the tax cuts for two years," says Crook. End 'em all now, says Zakaria. Crook's argument represents a fallback strategy for tax defenders, so in that sense Zakaria is less extreme (and less beholden to what we know understand truly is "voodoo economics.") But here's the problem with both arguments. In an attempted "gotcha," Zakaria observes that Democrats were opposed to these cuts when they were originally proposed. What's changed now, he asks, especially with a deficit on our hands? Here's what's changed: The recession. It's still here, and it's bad. 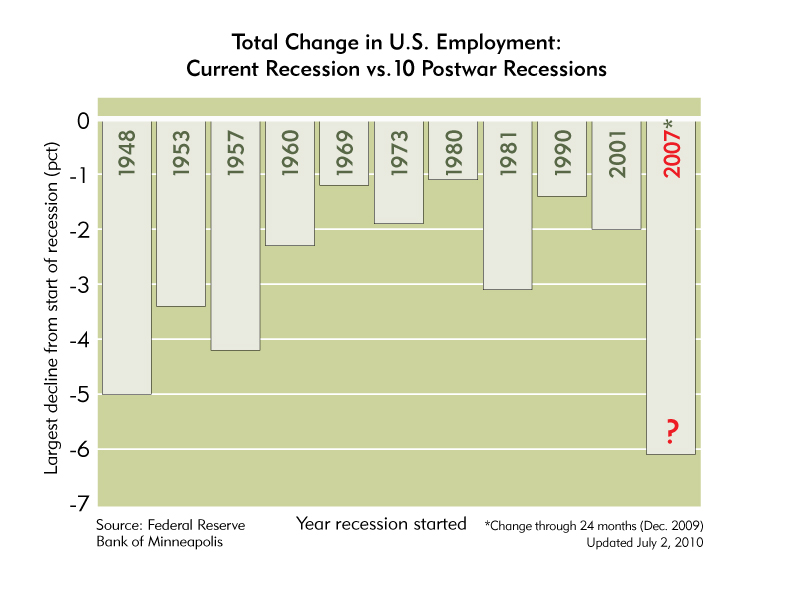 When you put somebody back to work, their income gets back into the economy immediately to pay for household necessities.

That's another reason why a food-stamp cut is madness, too. Food stamps get recirculated into the economy right away. Sure, the cuts don't take effect for several years, and they roll back increases in the program. But the problems we face are more systemic and widespread than we realized when those increases took effect. And how is it anything other than obscene to cut food stamps when the wealthiest 3% of Americans continue to enjoy an ongoing tax cut?

This new anti-progressivism isn't just unfair. It's bad policy. You're depriving people of money that will immediately benefit the economy. While some struggle to defend Social Security and others to create jobs and build an economy the works, this new mindset is revealing itself in dozens of policy debates across the nation. It shows how eagerly some would undo the bipartisan consensus forged by Teddy Roosevelt when he said these words:

"At many stages in the advance of humanity, this conflict between the men who possess more than they have earned and the men who have earned more than they possess is the central condition of progress. In our day it appears as the struggle of freemen to gain and hold the right of self-government as against the special interests, who twist the methods of free government into machinery for defeating the popular will. At every stage, and under all circumstances, the essence of the struggle is to equalize opportunity, destroy privilege, and give to the life and citizenship of every individual the highest possible value both to himself and to the commonwealth."

Richard (RJ) Eskow, a consultant and writer (and former insurance/finance executive), is a Senior Fellow with the Campaign for America's Future. This post was produced as part of the Curbing Wall Street and Strengthen Social Security projects. Richard also blogs at A Night Light.