It might be hard to imagine, but somewhere between 50 and 80 percent of people will experience a trauma at some point in their lives. To make matters worse, most traumas are perpetrated directly by other people -- sometimes even acquaintances, friends, and family members. Given these depressing statistics, it may be tempting to become angry or resentful, to view people as threats and little more. That's what some victims of trauma do, of course. They may hold grudges, harbor life-long resentment, and even seek retribution. Who could blame them?

Perhaps this is why some mental health professionals teach that forgiveness is an important step in moving beyond such trauma. It seems obvious that unforgiveness is bad for mental health -- it's highly unpleasant to harbor anger or hurt for prolonged periods of time. But aren't some truly horrible things simply unforgiveable?

We posed this question to a man named Aaron Acharya, a refugee from the village of Relukha in South Asia's Kingdom of Bhutan. In 1992, while he was away at college, security forces arrived in his village, and, in the name of maintaining the country's Tibetan Mahayana Buddhist character, evicted the population. To make things legal, the government needed villagers to sign a so-called voluntary migration form. Aaron returned for a holiday and learned of his father's incarceration for refusing to sign.

When Aaron demanded they let his father go, officials incarcerated him too. His father finally agreed to sign the papers when an officer shoved a gun at Aaron's temple. Instead of returning to his dorm room, Aaron settled into a refugee camp in Nepal with no living supplies and little food. Many died of malnutrition and disease.

"I spent a lot of time wondering what I would do if I saw these people who did this on the street, in another life or situation," says Aaron.

One night, Aaron was offered that chance.

A group of men came to see Aaron claiming they found one of them. The man they located had once worked alongside Aaron's father. During the purge, he became a low-level official who played a role in evicting his own people. Intending to teach him a lesson, Aaron and a few others arrived at the man's hut, but he wasn't home So, they waited. "I was so angry at him and his collaborators. I wasn't sure what I'd do when I saw them," says Aaron. "Could I forgive this man? Could I move on without confronting him in some way? I did not know."

We asked an expert about his views on just this sort of situation. "Most of us usually then want to get our own back, but an eye for an eye ends up with everyone blind, as Gandhi noted," explains Archbishop Desmond Tutu from his home in South Africa. One of the world's foremost experts on political forgiveness, Archbishop Tutu presided over the South African Truth and Reconciliation Commission, which determined whether to grant amnesty to those who committed abuses during the apartheid era. 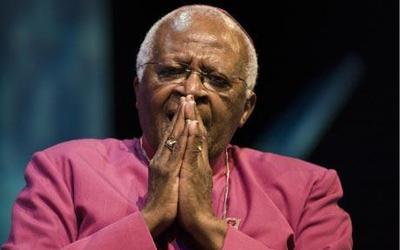 Though the Archbishop is resolute that no one should or even could be forced to forgive, he is quick to add, "We can only hope that the sufferer will realize that not forgiving affects them as a human being, and hope that they will see that nursing a grudge is bad for their health." We know from the research that Archbishop Tutu is right.

Writing in the journal Psychological Science, researchers asked students at Michigan's Hope College to call to mind a person in their lives who had mistreated or offended them. While fitted with instruments to monitor their physiological state, students imagined both what it would be like to forgive the transgressor and what it would be like to harbor a grudge. When imagining unforgiveness, the participants felt stronger negative emotions and experienced higher heart rate, blood pressure, and sympathetic nervous system activity than when imagining forgiveness.

These results dovetail with the findings of a 2010 study known as the National Comorbidity Replication Survey. Among the many questions in this study, 10,000 U.S. residents were asked, "Would you say this is true or false? I've held grudges against people for years." Writing in the journal Social Psychiatry and Psychiatric Epidemiology, researchers reported that people who tended to hold grudges experienced higher rates of heart disease and cardiac arrest, elevated blood pressure, stomach ulcers, arthritis, back problems, headaches, and chronic pain than those who didn't.

The question is, why?

One possible answer is that harboring unforgiveness may erode our hope for the future. As reported in the journal Personality and Mental Health, researchers analyzed more than fourteen hundred telephone interviews from across the United States, which included questions about people's tendencies to forgive. According to the results, people's answers to the forgiveness questions were among the best predictors of their probability of having depression. In particular, less willingness to forgive predicted greater hopelessness, which in turn predicted greater depression.

That study isn't the only one linking forgiveness with hope. In fact, one of the world's foremost researchers on hope, University of Kansas psychologist C. R. Snyder, helped to develop a prominent theory of forgiveness. Along with psychologist Laura Yamhure Thompson and a team of researchers, he created a psychological test to measure forgiveness, called the Heartland Forgiveness Scale. In a 2005 study appearing in the Journal of Personality, they report strong correlations between this test, hope, and depression.

To Snyder, who passed away just a few months after the publication of that article, the link between forgiveness and hope seemed simple. "Forgiveness is giving up the hope that the past could be any different," he was fond of saying. Forgiveness means breaking the psychological ties that bind one to the past, giving up the quest to change what has already happened and focusing instead on creating a better, more hopeful future.

As Aaron waited for the man who enforced the eviction of his village, he wondered what purpose forgiveness would serve. Aaron had every reason to want to spill this man's blood as a proxy for all those responsible for the expulsion.

The man came home that night to find a home full of men poised to do him harm. "We told him, 'We are angry. You are a horrible person.'" Aaron says. "And it was very strange because he admitted what he did. 'I made a horrible mistake. You can do what you want to me. Just make sure my wife and kids will be ok.'"

At that moment, Aaron saw what exacting revenge would cost and did something he hadn't thought possible -- he forgave.

"Nothing I could do to this man on this night would change what happened in Relukha," Aaron says. "Here I am in his little hut in the camp, and I see his wife, who is dependent on him. I look at his children. They are hungry, naked, looking up to this father as a provider. I decided I would look after their father. If something were to happen to this man, what will happen to his children and wife?"

Consistent with Snyder's definition of forgiveness, Aaron realized that acting on a grudge wouldn't and couldn't change the past. The only way forward, it seemed to him, was giving up the hope that the past could have been different. Aaron hasn't forgotten the past. He saw far too much awfulness to ever forget. But he determined to the make the future a better one for his people and himself.

In 2013 he established a charitable advocacy program for the needs of the
Bhutanese people in the United States and helped to resettle many of his fellow villagers. Today, the Association of Bhutanese in America Inc. is a resource for Bhutanese exiles. It also serves a unique role as America's largest carrier of Bhutanese cultural identity, with programs to maintain ties to a country that betrayed its refugees, a country they once called home and might someday forgive. 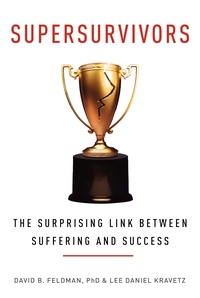 This post was adapted from Supersurvivors: The Surprising Link Between Suffering & Success (Harpercollins), by David B. Feldman, PhD and Lee Daniel Kravetz, now out paperback wherever books are sold.