In a special interview, Father Richard Rohr, founder of the Center for Action and Contemplation shares a few crucial, comforting insights about the people who have hurt us in the past.

As told to Oprah.com

1. The People You Can't Forgive Might Not Be Forgiven 'Today'

"Forgiveness is a decision, but making that decision doesn't override the emotional residue that often takes much longer to release. That feeling of wanting revenge or wanting to assert your rightness or your victimhood -- depending on the depth of your wounding -- can take days, weeks, months and even years to dissipate. On certain days, when you're in a down mood, your psyche will want to grab onto that hurt. You have to go through that necessary period of feeling half dead, half angry, half in denial -- this is the liminal space in which we grow for some reason.

T.S. Eliot once wrote, 'Wait without hope / For hope would be hope for the wrong thing' I'm going to say the same here: To forgive too glibly or quickly is probably not full or helpful forgiveness."

2. The People You Can't Forgive Give You a Gift You Do Not Want

"To hold someone else in resentment, judgment or unforgiveness is a kind of power, a false power that allows you to imagine, 'As long as I can hold this in my mind and bring it up at the right moment, I can win every argument because I have won the real game of moral one-upmanship. I am now in control of this relationship.'

The ego always wants the same two things: to pretend it is separate and to pretend it is superior. To play the victim to our own advantage and for our own false empowerment is one of the most common and deceitful games that humans play. This will never give your soul comfort, nor will it comfort or heal the other, because it is not based in truth. And if we do not desire to heal and free the other, have we really forgiven them? I have had people 'forgive' me only to achieve their own moral superiority, but not to free or love me. You can always tell the difference.”

3. The People You Can't Forgive Are Not the Exception to the Rule

"I don't know why God made an imperfect world. We certainly see that imperfection every day and in every way. It's almost too much to bear some days. But recognizing that there's an essentially tragic nature to life, one that you have to forgive and accept in a foundational way, allows you to forgive the smaller daily dramas with much greater ease. As much as we want to see the person who hurt us as an evil person -- as if they were a major exception to the rule, since we have falsely imagined a perfect world -- we need to realize that we're all an exception to the rule of perfection and expectation. Humans are inherently imperfect. That is what differentiates us from the Divine level.

Surely people have hurt you and you wish you could punish them, but whether you recognize it or not, you yourself were forgiven when you also were broken and mistaken. All, without exception, live under the waterfall of divine mercy. There is, of course, an essential and direct connection between our receptivity to undeserved love and forgiveness and our ability to forgive other imperfect people. There is not much point in weighing which fault was the greater; that is merely the ego protecting itself. When you understand your own limited but lovely place within this universally imperfect world, you will find it almost natural to become more patient and forgiving with other people too."

4. The People You Can't Forgive Lead You to a Sadness Disguised as Hardness

"When someone that you once trusted -- and shared your heart with -- betrays you, it feels like someone stomped on your soul. And they probably did. I am afraid many people, always still growing up, are willing to abandon their relationships for the sake of money, advantage or power. Betrayal, and how we react to it, seems to be a necessary step on the spiritual journey, just as it was for Jesus. But those who have betrayed us are among the very hardest people for us to forgive. This pain is so deep because it somehow breaks our very contract with life. We assume friendship, love, confidences, intimacies can be trusted, but if life appears to be untrustworthy on that dear level, we naturally think, Who can I ever trust again? Why should I trust again? And many people don't! Which is the normal beginning of their downward path.

The pain of betrayal from a confidante becomes, for many, the straight path to a life of cynicism. It brings a hardening that you can often see on people's very faces and the way they walk and move. When I am in airports and public places in our country, I see so many faces that appear so ravaged and overly defended." This tells me that every day religion is not doing its work very well.

5. The People You Can't Forgive Can't Fully Be Released Until You Find Something Better to Fill the Hole

"Releasement, which is just another word for forgiveness, doesn't entirely work unless we have a larger comfort, a safe and more beautiful enclosure to move toward. If we only empty out, and do not refill with something better, there is still a gaping hole within us. The attempt at forgiveness will not go deep or endure. Without something positive, comforting and loving to fill that hole up (which some call grace), we're left to depend entirely on willpower -- and our willpower is normally very weak, especially on those days of loneliness, stress, tiredness and hunger. So we've got to keep our aloneness and emptiness filled with something loving and positive. This is the primary work of spirituality. I know that the word 'prayer' has been so trivialized, but it basically means refilling our souls with 'Everything that is good and noble, everything that is virtuous and worthy of praise', as Paul says in his letter from a Roman prison that could be called an early lesson in the power of positive thinking (Philippians 4:7-8).

If we can find a way to live inside of a deep gratitude for our own undeserved grace and mercy, past hurts have very little power to cause us pain in any lasting way. They are not worth our time or energy. They are mere sludge and dredge in the great school and journey of life. The gratuitous surrendering of hurts ("forgiveness"), the refusal to make them our identity, is almost the heart of the matter. If you do not transform your pain, you will with 100 percent certainty transmit it to others. And, I am afraid, you will have pain! Both the Buddha and Jesus seem to say that pain is part of the deal, and its overcoming is the very shape of enlightenment."

Richard Rohr is a Franciscan friar and the author of Eager to Love: The Alternative Way of St. Francis of Assisi and Falling Upward: A Spirituality for the Two Halves of Life.

Own OWN Empower Yourself OWN Relationships How To Forgive Forgiveness 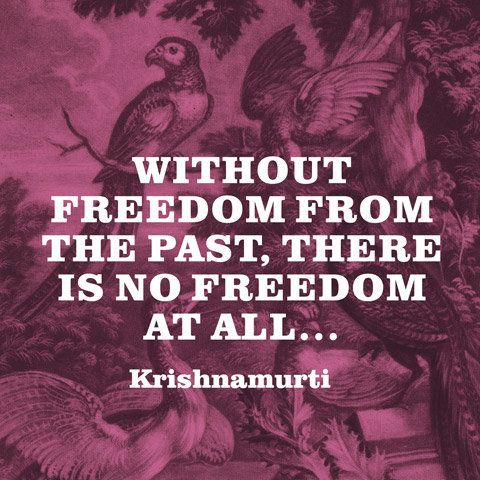