Eleven years ago I created an exhibition about forgiveness called The F Word. It was called The F Word because in the year it took to collect stories from victims and perpetrators about this compelling and complicated subject I discovered it was something that cut public opinion down the middle like a guillotine. Forgiveness seemed to inspire and affront in equal measure.

Since then I've attempted to tread a delicate path, on the one hand presenting forgiveness through restorative narratives (stories which explore forgiving as a resilient response to pain and trauma) and on the other hand promoting it as a personal choice that may not always be relevant, useful or applicable.

Forgiveness is highly contested territory, a discourse that gets shoe-horned into over simplified, black and white reasoning, which is why I've tried to create a more nuanced and layered discussion by presenting it through the stories of real people who all think about and articulate forgiveness in different ways -- some even discarding the very idea of forgiveness whilst still living in what many would describe as a deeply forgiving way.

Since I try to present forgiveness in a way that unpicks and reveals this complexity, I get dispirited by the polarized arguments and absolute moral statements that surround the subject. On the one hand is the belief that if you don't practice forgiveness you will be ruined in some way. The internet is awash with this narrative, for instance a recent report on CBN News entitled The Deadly Consequences of Unforgiveness stated:

According to Dr. Steven Standiford, chief of surgery at the Cancer Treatment Centers of America, refusing to forgive makes people sick and keeps them that way.

Conversely, there is the argument that forgiveness is weak, shallow and stupid. Take for example an article in the Times (Sat, July 18) by Matthew Parris ("To Hell with the foolish idea of Forgiveness") in which the British journalist and former conservative politician suggests that those who have forgiven have been duped in some way.

The article is inspired by recent comments by two Auschwitz survivors following the jailing of Oskar Gröning, the former SS administrator of Auschwitz who last week, aged 94, received a four year sentence. Parris refers to Leon Schwarzbaum who was 22 when he was transported to Auschwitz and who has said he will never forgive after losing 30 members of his family in Auschwitz. Also mentioned is Eva Kor who has publicly and famously spoken of forgiveness not only for Gröning but for other Nazis too -- "not because they deserve it but because I deserve it." 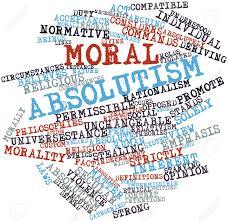 Parris tells us that while he would not have sent Gröning to prison, nor would he be able, or willing, to forgive. But his definition of forgiveness is simplistic, learnt from his school teacher who instilled in him at an early age the notion that forgiveness is a Christian concept that means washing clean or being washed clean -- "When you forgave, really forgave, it was like waking up in the morning and realising it had all been a bad dream."

No wonder Parris has little truck with this promise of impossible piety. It is not my understanding of forgiveness. Waking up in the morning and realising it has all been a bad dream feels more like a practice known as Radical Forgiveness. This quick-fix forgiveness, created by Colin Tipping promises to wipe the slate clean.

Unlike conventional forgiveness which is difficult and takes forever" declares Tipping, "Radical Forgiveness is easy and fast acting. The tools simply dissolve the pain and leave you feeling peaceful and happy.

Even though Parris concludes, "there can be no doubt those able to persuade themselves they have forgiven, and been forgiven, find the experience liberating," the suggestion is that forgiveness is not a true response, rather a hoped for remedy. Yes, some people driven by faith or instructed by counsellors may persuade themselves they have forgiven, but for most of the people I have encountered, whose stories I have collected and shared through The Forgiveness Project, forgiveness is far richer than that. It is about salvaging the sacred, finding the gift in the wound, and not permitting the pain of the past to dictate the path of the future.

The stories demonstrate that forgiveness is not about pretending you don't feel angry or in pain but are about responding out of compassion, rather than rage. They reveal forgiveness to be messy, risky, complicated, and painful but also potentially transformative. As the author Mark Twain once wrote, "Forgiveness is the fragrance that the violet sheds on the heel that has crushed it."