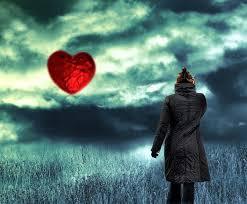 Forgiveness is sometimes overrated. I was talking to a friend the other day because I wanted to know if it was possible to move forward in our lives without forgiving, even though most schools of thought and religions, preach that we only hurt ourselves when we don't forgive.

Whatever. Sometimes holding a grudge and not being exceptionally magnanimous is way more satisfying; even if it's temporary. Maybe there are cases when it's just not possible to forgive. How can we in the face of profound hurt. I'm no friggin' saint.

If being unforgiving doesn't hold us back in our day to day life; careers, relationships, romantic world, then what's the big whoop? My ping pong reasonings were put to the test recently when my ex-husband reached out to me.

To say that I was shocked to hear from him after 13 years is not saying enough. He asked me to meet him for coffee to talk. At first I wasn't sure that I wanted to meet. Why? What was the point? What could he possibly have to say? Was I even interested in what he had to say? Did I want to invite that into my life?

Our divorce was amicable, devoid of drama. And from where I was standing, I hadn't any lingering or unresolved feelings. I had packed our relationship in bubble wrap and put it gently in the pile.

I thought about his request and decided that if he had the cajones to reach out to me after so much water under the bridge; unsure of how I would react, the possibility of rejection, then the least I could do was show up. Clearly it was important to him. I'm a lot of things, but douche isn't one of them.

It was a surreal and mildly weird rendezvous. We spent nine years together and even though it had been a lifetime ago, there was a comfort in talking to him, an ease. Our history gave our conversation a welcomed familiarity. We spoke in shorthand, reminiscing about the early days, and I could feel myself smiling.

After a few struts down memory lane, he launched into an apology. He was sorry for not being a better partner in our marriage, and admitted to his selfish behavior. He was taking responsibility for his actions, citing examples, because he genuinely wanted to be a better person.

I have to be honest, as he spoke I wasn't entirely sure what he was referring to. It had been a long time since we were married and let's just say that there have been several relationships since, and, well, frankly I can't even remember what I did yesterday, let alone back in 1997.

And then I did remember. The more he spoke, the more I thought, Oh, yeah, now that you mentioned it, what about that? Shit had long been buried and now it was being unearthed.

Events and incidents came rushing back to me, without anger, disappointment or resentment. Our discussion was calm and objective. As he spoke I was able to see the battles that I had been waging within my myself at that time.

I told him that all was forgiven. He appreciated my meeting him and I felt good knowing that our conversation had brought him relief and some peace.

As we get older, we become more and more conscious of life's fragility and brevity. Living guilt-free, without bad juju or unspoken feelings and thoughts is an admirable goal for anyone.

It was a mature and brave thing that my ex-husband did. A mensch and a man.

More:
divorceForgivenessex-husbandbravery
Newsletter Sign Up
An essential daily guide to achieving the good life
Subscribe to our lifestyle email.
Successfully Subscribed!
Realness delivered to your inbox