Artist Manu Saluja exhibits a body of work depicting the New York City subway system in ​her solo exhibition Passage: ​Paintings of Urban Life. She paints figures well, but the paintings that leap out at me include no people at all: they are closeups of details of the weathered stations themselves. 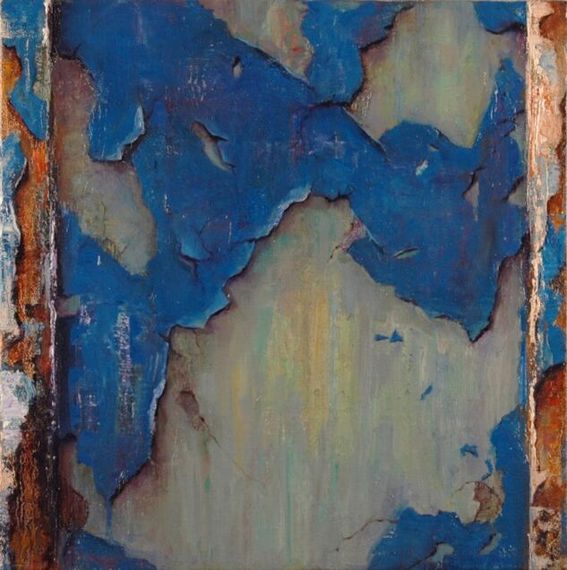 Such scenes are easily recognizable to anyone with experience in New York's corroded subways: peeling paint on rusty metal beams. It might once have been easy to dismiss them as ugly. Now one is just as likely to reflexively describe them as beautiful. Either flippant answer applies too little thought to these images. Photography as well is nearly futile - in this case, it acts all too easily as a thoughtlessness of the eye.

In confrontation with a snowy mountain, a broad canyon, a beautiful sunset - a green field, an unusual bird, an iridescent beetle - we feel redeemed by the sights we see, and if we think a little bit, we also feel our sight redeems a world which, though beautiful, might be mute and senseless without us. It is more difficult to locate this reciprocal redemption in the meaner works of man, in structures designed to serve engineering purposes, devoid of intentional aesthetics. And yet these works perhaps require such care most of all. They are what we have made, they are us. We need to find the majesty in them to remember it in ourselves. These derelict urban structures beg to be parsed by the eye, mind, and hand of an artist. 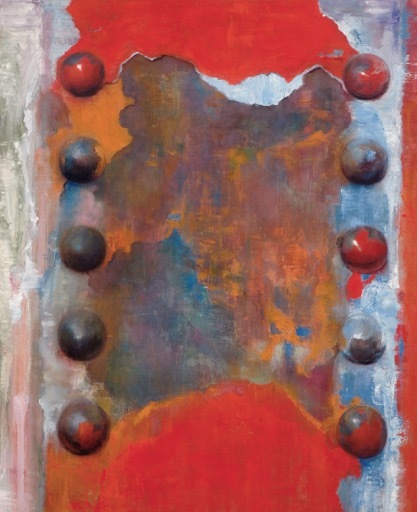 Look at the delicate wonders Saluja catches in this girder. Most obviously, she celebrates the tapestry of colors in the bare metal, the frail and lacy edges of the chipped-away paint. But consider those ten bolt-heads. Each has a specific and distinct character, a slightly different shape and surface. Any skilled painter depicting this view would have portrayed ten individual bolt-heads. But only Saluja cared enough about them to do it. She applied the profound rule of art to these humble bolt-heads: learn to see that each thing is itself, and nothing else. She refined her consciousness with the many tools of art, and gave her consciousness to these bolt-heads. They passed through her mind, and because she elevated them to art, they pass through our mind. By this means, the urban landscape is given back to us, and we to it. 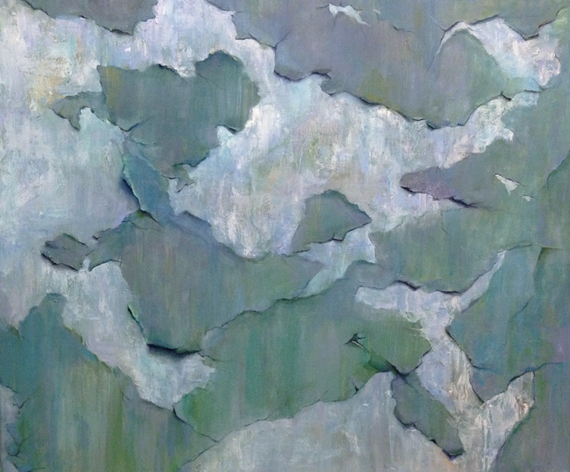 Look at how the white of that unwashed wall bumps up against the dark shadows of the streaked green paint! Who takes the time to contemplate such things? What would we discover if we made a practice of it? There is something that Philip K. Dick wrote - or if he didn't write it, it is like something he wrote, and I am remembering it incorrectly - that we would find messages from Christ in the configurations of trash by the side of the road. This is a formulation of Dick's madness, a species of apophenia, or finding pattern in the random and meaningless. But it is also a generous way to see. It is sight as a child has it, without a hierarchy of what is more meaningful or less, what is worth studying or not. It is all meaningful, Dick says, all worth studying. It is indisputably true that if Christ had a message, there was a configuration of trash which revealed it one time. The only reason we do not sit around looking at trash is that we haven't the time to contemplate it all. But we confuse this shortage of time in our lives with a shortage of value in the trash. The trash is part of the world. Therefore it is invaluable, as all Being is, and the meaning of all Being can be found in it, as it can be found in any other fragment of the world.

But trash, and engineered things, worn tools, cracked pavement, scratched subway windows, scuffed seats: though these are things of the world, they are special because they are places where we took the raw materials of the world and made things that we thought we wanted or needed. They bear the traces of our ingenuities and hopes. How different are they, in their ruin and their transformation, from the one bit of trash that specifically did carry a message from Christ, that veil Veronica used to wipe the sweat and blood from his face? An image of his face was formed on the cloth - or, to rephrase, matter half-transformed for a utilitarian purpose - the veil - completed its transformation into art - the image. Art is a new world created by conscious intent using the matter of the old world. There is no categorical difference between a madman who stops to look at candy bar wrappers in the gutter, and Veronica pressing her rag to the brow of Christ on the Via Dolorosa, and Saluja in her studio using canvas, brushes, and oil paints to make pictures of forgotten bits of subway stations. In each case, matter once harnessed to human purpose yearns to complete its journey toward art, and in each case, consciousness is lent to that matter, enlightening the matter and itself. 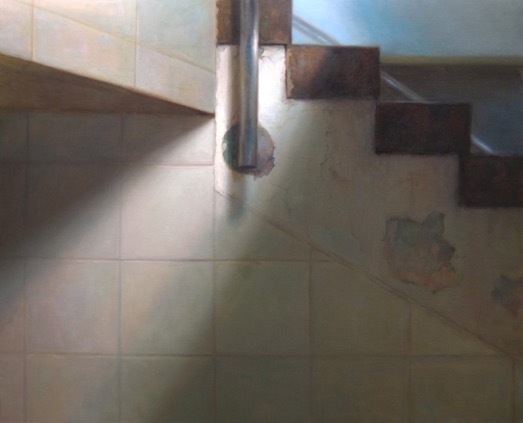 There is no more potent balm for the anomie of modern life than taking the time to learn from Saluja to see as she sees.