I recently followed up with Chris Brown, former mayor of Hawthorne, California and current CMO for the FOXX firm, a leading cannabis law firm in California. Under Chris's direction, he was able to leverage cannabis cultivation opportunities and bring them to the almost bankrupt city of Adelanto, California. Chris's vast experience navigating both politics and pot has made him a highly sought after cannabis consultant. 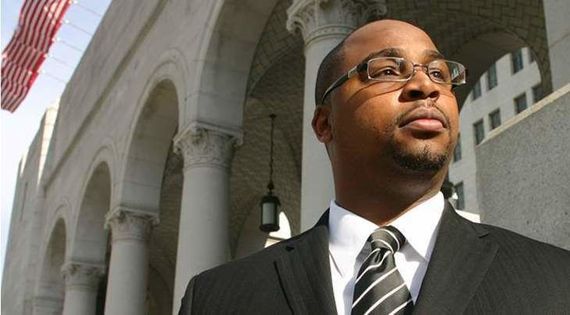 When Chris isn't leading the charge at FOXX Firm, he can be found working with the GreenPoint Group as their Chief Political Officer. Working hand in hand with the CEO, Hab Haddad, GreenPoint is set to take Southern California by storm. Greenpoint is currently working on a plan to develop 10+ dispensaries along with large-scale cultivation and manufacturing. They are looking at $120 million in gross revenue annually.

Southern California is moving! Cities are amending their ordinances every day. Ever since November 8th, 2016 these cities are open to doing cultivation, dispensaries, extraction, manufacturing, and distribution. -Chris Brown

GreenPoint Group has secured funding all operations and they've got three cities in Southern California in particular where there building rapidly including - Long Beach, Carson, and Bellflower. The CEO of GreenPoint Hab Haddad and Chris are moving aggressively and plan to have all of their locations fully operational by the 4th quarter of 2017.

If 2017 is your year to get into the cannabis industry and you foresee a dispensary in your future California might be the move. In fact, Long Beach, California is accepting dispensary license applications starting Jan 23, 2017. While the city of Carson is waiting on a loan of almost $900,000 for startup cost associated with taxing and regulating the newly approved recreational market. And Bellflower's voters will vote in March about "what taxes will be charged for various marijuana operations under a proposed ordinance", with more details to come later this month.

Hire a consultant to walk you through the process, to help you navigate the Southern California waters.