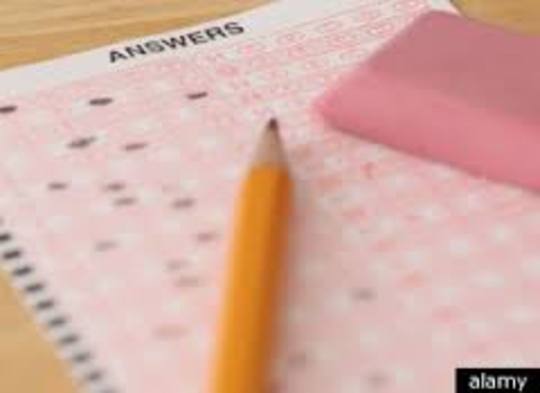 It may have happened in April Fools Day, but it was certainly no joke.

On April 1, 2015, 11 Atlanta educators were convicted of racketeering related to their roles in what has come to be widely known as "the Atlanta cheating scandal." I first read of the verdict in the New York Times:

...A jury here (in Atlanta) on Wednesday convicted 11 educators for their roles in a standardized test cheating scandal that tarnished a major school district's reputation and raised broader questions about the role of high-stakes testing in American schools.

On their eighth day of deliberations, the jurors convicted 11 of the 12 defendants of racketeering, a felony that carries up to 20 years in prison. Many of the defendants -- a mixture of Atlanta public school teachers, testing coordinators and administrators -- were also convicted of other charges, such as making false statements, that could add years to their sentences.

I'm not so sure about that.

I think the under-investigated, test score "erasure" situation during former DC chancellor Michelle Rhee could top the Atlanta cheating scandal- if the situation is ever properly investigated.

In my book, A Chronicle of Echoes, I offer a detailed discussion of the events surrounding Rhee's questionable test score gains, including the shallow "investigation" into erasures and the test score plummet that occurred once Rhee was no longer DC chancellor.

I also discuss the involvement of former DC principal, Adell Cothorne, who refused to keep silent when she encountered DC teachers altering student test documents and who demanded heightened security for her school's tests.

On April 2, 2015, I asked Cothorne if she would weigh in on the Atlanta verdict.

The remainder of this post is Cothorne's initial reaction to the Atlanta verdict. I have invited her to expand upon her initial reaction once she has had some more time to ponder the situation. Any additional responses from Cothorne will be posted at deutsch29.wordpress.com.

On April 1, 2015, 11 Atlanta educators were indicted in a cheating scandal that has captured public attention for the last three years. One of the defendants called the judge's decision to have the educators immediately sent to jail "unnecessary and vindictive". Many argue - via social media - that the judge was too harsh and only handed down such a stern decision because the defendants were African-American.

There will be many people who weigh in during the next few days, weeks, and even years about what this verdict means. Some pundits will have had zero experience in education but feel they can wax poetic about the virtues of merit pay, testing, and the "plight" of educating urban children.

Let me take a moment to deliver a brief synopsis of my credentials:

--Recently, I worked for a Harvard project based in Baltimore City supporting various schools and school stakeholders

--Most importantly, I am the former District of Columbia (DC) principal who uncovered a cheating scandal and made the decision to file a whistleblower's lawsuit against DC Public schools.

So when I tell you I have the experience and expertise to respond to the Atlanta verdict, it is not by happenstance.

I agree with Judge Jerry Baxter - these people are convicted felons and should be treated as such.

Do I condone what they did in reference to manipulating students' tests? No I do not - in any way, shape, or form.

Do I understand why they participated in these egregious acts? I do!

Society as a whole has turned a blind eye to the incessant destruction of public education. Pretty much the way we ignored union busting and the corporate takeover of teaching hospitals- we have ignored the dismantling of public school systems. All too often, the collective "we" trust that those with the "expertise" make the most logical decision based on the "good of the group." Education reform (and everything that comes along with it) has illustrated that there is only one thing considered when a society-altering decision is made - money!

A large component of education reform is merit pay. Many feel that merit pay is a fair way to reward teachers. Merit-pay isn't really about rewarding teachers who teach effectively and increase student achievement. Merit pay is holistically about creating a mechanism to prove teachers aren't teaching effectively. Why, you ask? A teacher who is proven ineffective can be terminated and not receive a pension. Not allowing as many people to receive pensions is a real money saver for those persons in powerful (and financially wealthy) positions. I won't go on too much about merit pay here. I've written about how merit pay is calculated in one school district in another piece.

I believe many were coerced into changing student test answers. I have firsthand knowledge and experience of being bullied, harassed and professionally threatened. It is not an easy situation. Yet, at the end of the day I could not become complicit in acts that robbed hundreds of children of opportunity. The test scores did not match the student ability I observed. I had eighth-grade students in my building who could not compose a paragraph. Some of these eighth-grade students were 15 years old!

In my time as a DC principal, I had staff members who not only could not deliver effective instruction but were actually physically and emotionally abusive to students. Yet these staff members did not fear retribution because they felt protected by certain DCPS executive staff members. My reprimands and written admonishments fell on deaf ears.

My frustration in trying to do right by my students in DC brings me to the issue of the former Atlanta school superintendent Beverly Hall denying she had any knowledge of cheating. I can say with complete confidence - that was a lie! Anyone in education knows that the current state of affairs in education, with its "data-driven reform," calls for all school stakeholders (specifically teachers, administrators and central office staff) to look at student data on a regular basis (at least monthly). This data many times is all-inclusive and ranges from attendance to achievement to how many students receive free and reduced meals.

As a former administrator, I was taught (as many of my counterparts were) to question any huge gains in data. A huge gain is usually equivalent to a score increase of 7 percent or more. So even though Ms. Hall may not have given a direct mandate for schools to improve scores by any means, she was complicit in her silence.

Please do not think doing the right thing comes without a price. As I sit here typing this response, I am unemployed. I have interviewed for a few positions (with public school systems and in the private sector). Many times I get called back for a second or third interview only to be sent an email basically saying, "Thanks, but no thanks." Both my gut and some brave souls willing to commend my action tell me that- because of my decision to advocate for thousands of students and be a voice- I have to take some hits.

I'm okay with that.

This is part of my journey.

And I won't stop talking!

Schneider is a southern Louisiana native, career teacher, trained researcher, and author of the ed reform whistle blower, A Chronicle of Echoes: Who's Who In the Implosion of American Public Education. She also has her second book available on pre-order, Common Core Dilemma: Who Owns Our Schools?, due for publication May/June 2015.