Mourdock broke down the comparison in detail on Saturday, the day after the 70th anniversary of D-Day and the Battle of Normandy.

"The people of Germany in a free election selected the Nazi party because they made great promises that appealed to them because they were desperate and destitute. And why is that? Because Germany was bankrupt," he told a supportive crowd at the Indiana Republican Convention in Fort Wayne, according to the Indy Star.

"The truth is, 70 years later, we are drifting on the tides toward another beachhead and it is the bankruptcy of the United States of America," he added.

"Not only has your Party endorsed your candidacy in the past, your ugly words don't belong anywhere in the Hoosier political dialogue and should be derided by Gov. Pence and our state's leadership immediately," said Indiana Democratic Chairman John Zody.

Mourdock's candidacy against then-Rep. Joe Donnelly (D-Ind.) went down in flames after he declared his opposition to aborting pregnancies conceived in rape because "it is something that God intended to happen."

Richard Mourdock: America Is Going The Way Of Nazi Germany
D-Day Landing Sites Then And Now 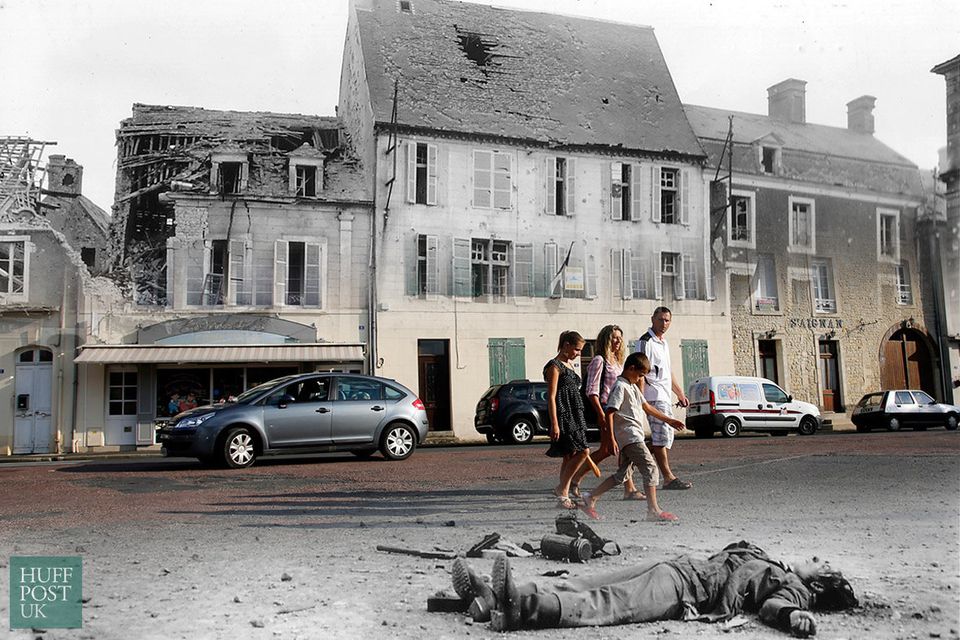 1 / 11
Tourists walk by where the body of a dead German soldier once lay in the main square of Place Du Marche in Trevieres after the town was taken by US troops who landed at nearby Omaha Beach in 1944.
Reuters