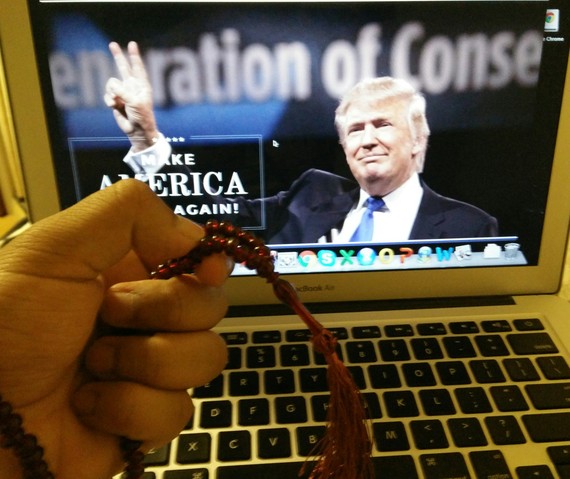 The list of people Donald Trump has insulted is impressive. He's mocked a disabled reporter, called Iowa stupid, belittled war veterans, questioned the intellect of journalists, stated that Latinos are mostly crooks, called global warming researchers liars, offensively imitated both a Chinese and an Indian accent, disrespected women, called African Americans criminals, and of course, taught the world that "Islam hates us." He was even willing to mock the poor Chris Christie right after the confused man decided to endorse him.

It doesn't shock me that a figure like this is popular. What shocks me is that this figure is Donald Trump. Because, yeah, I used to be a Trump fan.

I used to watch a lot of reality television. My sisters and I would listen to our favorite singers on American Idol and then madly vote for Sanjaya until midnight. Then on Tuesday nights we would watch as Gordon Ramsey verbally flogged his contestants on Hell's Kitchen over an undercooked risotto. 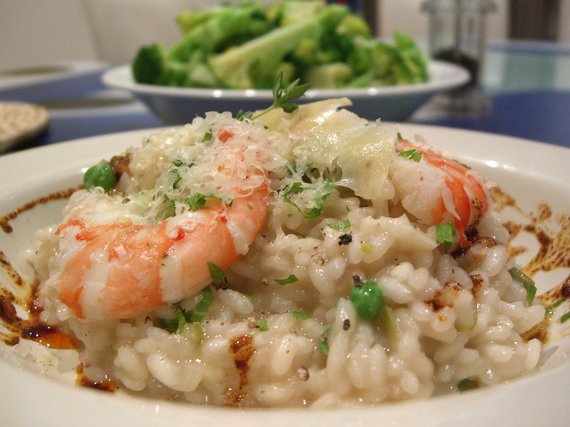 But of course one of our favorite shows was Donald Trump's The Apprentice.

Now I'm not going to claim that the distorted nightmare that we call reality television is factual. Nonetheless, it is true that the Trump of this presidential election is markedly different from the Trump of The Apprentice.

The premise behind The Apprentice was that two teams of contestants competed each week to see who could best pull off whatever business challenge Trump threw at them. Whoever's team did worst had to face Trump himself. And then one person from that team would be fired.

Naturally, contestants bickered and threw around insults. And that was amazing TV. But above all this chaos, Trump sat as the righteous judge willing to set the game straight again.

One week, after the challenge's completion, Mr. Trump told everyone that he'd received some "disturbing news." He explained how he found out that one of the contestants, Anand, had broken the rules by texting outside friends and telling them to come purchase products from his side of the challenge to help him win.

Realizing he can no longer deny it, Anand responds. The following is their conversation:

Trump: I don't care if they came or not. It's because they don't respect you they didn't come... Why did you deny it? You lied to me.

Trump: Anand, I'm all about- all about- taking every advantage you can.

Anand: That's all I was trying to do-

Anand: Now that I'm sitting in the board room facing you... I crossed the line.

Trump: This is why the country's gotten into such trouble. This is the kind of thinking that we've been witnessing on Wall Street for the last five years. Anand, you're fired. Go.

Anand's entire defense was that he just wanted to win. Trump, in a disgusted tone, admits that he understands that. But he still maintains that Anand crossed a line. My question is what was this line that was so razor thin that crossing it made Trump outright tell Anand that his friends don't respect him?

Again, Trump said, "This is why the country's gotten into such trouble. This is the kind of thinking that we've been witnessing on Wall Street."

So there it is. It was about the specific kind of thinking that Anand used, the kind that allowed Anand to justify doing bad in order to reach success. It wasn't that he cheated per se; it was that he thought like this. And that was what Trump judged as crossing the line.

I'm not saying that this show gave us an accurate picture of Trump in the past. But this positive depiction of Trump was consistent on the show. And he must have at least signed off on this. So how did he go from promoting himself as a man against a way of thinking that justifies negative actions for one's own gain to what he is now?

I think something changed for Trump. I think, at some point in his life, he stopped and asked himself the very first question that The Apprentice asked the audience in every episode: "What if you could have it all?"

And Trump knew he could. Knowing intimately the kind of rivalries and insults that his contestants used, he adopted a similar persona because he knew it was that drama that kept viewers watching. And in an election system dominated by what people are talking about, that was the best strategy ever. Studies show a direct positive correlation between how much Trump is mentioned on the media and how high his poll numbers rise. 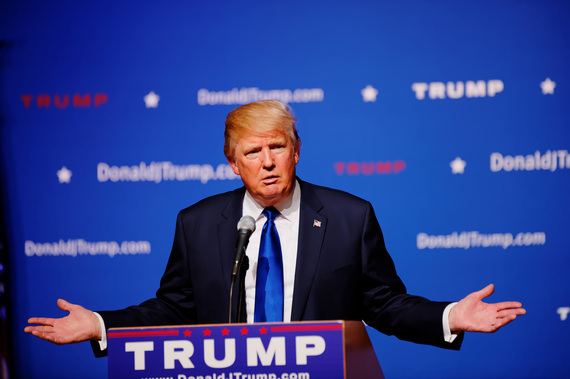 In the act (Photo by Michael Vadon)

I don't think Trump actually believes in the things he's saying. And that's what makes them all the more sinister. This strategy is genius. And it's working. However, it's also the exact kind of thinking that Trump so despised in Anand.

Growing up I loved watching The Apprentice. We would happily watch the plot unfold as we fed ourselves traditional Bengali rice and curry. And then we would rush to get our prayers in between the commercial breaks. But now, when I look back at all that, I like to imagine how The Apprentice's Trump would converse with today's Presidential Candidate Trump if he were on the show. Perhaps it would go like this:

The Apprentice's Trump: Why did you do it?

Presidential Candidate Trump looks down at the table

Then they started showing The Celebrity Apprentice. And that was just stupid.