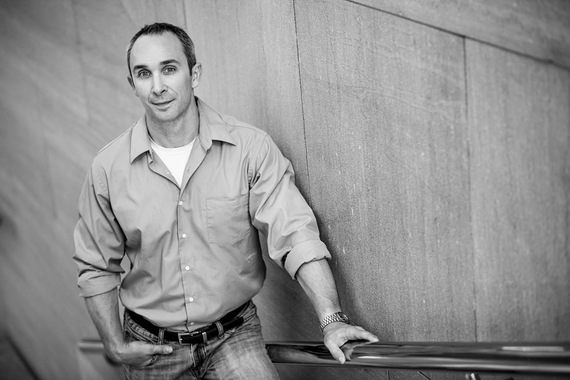 
As a Navy SEAL turned serial entrepreneur, Jeff Boss has experienced both failures and successes in leadership. After serving thirteen years as a Navy SEAL at the highest level and then as a management consultant, Boss now helps high-performance teams achieve success. He says that most of his success has come from getting feedback and learning from past mistakes.

I recently had the opportunity to sit down with Jeff Boss and learn more about his background and his principles of success for effective teams.

What lessons did you learn about leadership and managing teams from your time as a Navy SEAL?

Two memorable leaders come to mind who were (1) effective leaders and (2) effective team leaders, who taught me three important lessons about leadership. The first lesson was from a senior enlisted leader of my last team who went on every mission we ever did. Now, he didn't have to -- and not all missions were fun -- but he did so anyway, because he knew the importance of leading from the front and never asking others to do something that he wouldn't do himself. He also injected himself into the lowliest roles and responsibilities reserved for more junior members because he wanted to demonstrate that, just because he was the second-highest ranking member of the team, he wasn't above anybody, and that leads me to the second lesson about leadership, which is: anybody and everybody is a leader. Leadership isn't about rank, title or tenure. It's about character and competence -- who you are and what you can (and are willing) to do.

The third lesson came from my team leader during a conversation my team was having about senior leaders within the organization. We were in a car in Iraq and we were basically complaining about things out of our control. When we asked for his opinion, my team leader replied, "Uh-uh. Complaints go up, not down." That little phrase stuck with me because it showed his integrity to the team and integrity to senior members of the team regardless of whether or not he liked them personally. It speaks to the pecking order of priority by which good leaders make good decisions: mission, team, me -- in that order.

In terms of managing teams, I don't even know where to begin. There's a lot when it comes to managing teams, such as finding clarity in its purpose, managing the social dynamics that comprise its chemistry, constantly communicating direction and purpose so members can make their own decisions, thereby freeing up your time -- the list goes on. I think the most important takeaway I learned about teams in the SEALs is the transferability of teaming into corporate. Business teams require the same clarity, communication and decision-making within their teams that we did. The mission may be different in business and on the battlefield, but the means by which we achieve success are all the same.

After serving 13 years as Navy SEAL, what originally made you decide to go into management consulting and start Adaptability Coach?

If you've read my book Navigating Chaos then you know that I've had a stream of crazy experiences and dumb luck. I knew that how I (as a person) and we (as a team/organization) got through all those challenges translated to business because, as I said, success is success. So, I wanted to take what I learned to help leaders and teams navigate their chaos and come out on top. I got into management consulting in 2013 and worked across a wide array of industries, ranging from agriculture to oil and gas, finance, consumer products and tech.

I learned a lot, but quite honestly the work got boring because the same two challenges continually arose and our answer was always the same. So, I left to work for myself as an executive coach because I figured holding my feet to the fire would be a challenge -- and it is! My practice has since morphed into more team coaching and leadership and team workshops. I've also partnered with somebody by the name of Spencer Marona, who brings a lot of sales training and sales performance development to the mix, so it's a unique position we hold.

How do organizations scale their management practices to meet the biggest challenges?

It starts with clarity. Get clear on what success looks like and what it means to everyone involved. And I don't mean using vague terms such as "improve our numbers" or "crush the competition." While those are great, they don't offer guidance, and without guidance, there's no autonomy and no room for people to make decisions. What I always tell people is this: over-communicate or under-deliver. It's that simple, and it's also that difficult. But the key is to do so consistently.
Consistency is key to improvement in anything.

You don't get stronger going to the gym once every year, you don't build relationships by communicating once every month and you don't build trust by cancelling meetings or not following up with tasks. If you want to scale, you need clear, consistent communication that's driven by purpose. I like to tell people that knowledge is not power and wait for their response, because more often than not they look like somebody told them the earth is flat -- and completely disrupted everything they learned in history class. The fact is, while knowledge is powerful, sharing knowledge is the true source of power because it enables others to act. But the key is to do so clearly and consistently.

What's the best way to get everyone on a team or organization on the same page and meeting the same objectives?

It starts with clarity. Setting a clear mission, clear roles, responsibilities, and clear expectations are at the forefront, and constantly communicating three things: where we are, where we want to be and how we'll get there. It sounds simple, but the act of doing so takes discipline, courage to have difficult conversations and self- and situational awareness about team dynamics that are very difficult for any single leader to manage him or herself.

What are your top pieces of career advice that you received as a Navy SEAL but are applicable to everyone?

Can you tell me a little bit about how you got involved with the SEAL Future Fund?

The SEAL Future Fund was founded to plug SEALs into the business network and help them not only transition, but get a greater understanding (or clarity -- see a trend here?) about work outside the SEAL "bubble." Working at such an elite level -- in anything, for that matter -- requires time and dedication that limits the opportunity to explore elsewhere.

The SEAL community is so insular and so laser-focused that you simply don't have the time or opportunity to network and make connections outside of that bubble, so that's what the SEAL Future Fund helps them do. We host networking events, offer scholarship money for college, mentorship from volunteers in the business world and a network of successful business leaders who are passionate about helping translate top-tier talent. It's a great thing and something I'm grateful to be a part of.