What is it like to be part of a 1%er Biker Gang?: originally appeared on Quora: The best answer to any question. Ask a question, get a great answer. Learn from experts and access insider knowledge. You can follow Quora on Twitter, Facebook, and Google+.

Answer by Catherine Martin, former PBOL, married to a Bandido. 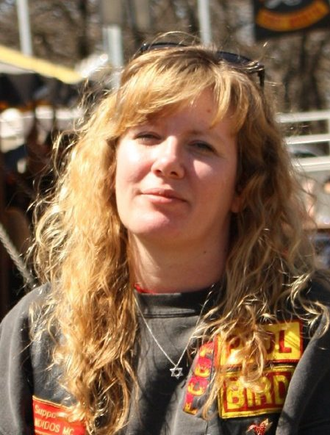 Being a female, I can only describe what it was like being in the one-percenter culture, but not the actual club. Members must be men. But make no mistake, women who are the wives or girlfriends of these men still spend a great deal of time around club members doing club stuff.

Over the years, people in the one-percenter world would tell me their stories of how they had ended up being a Bandit or a PBOL (Proud Bandido Old Lady), and I would see some distinct patterns in the lives of people drawn to the outlaw biker lifestyle.

The outlaw biker women are very much second class citizens in that testosterone-driven life. Everyone knows that. But what surprised me was these women still tended to be more loyal and devoted to the spirit of the brotherhood than most of the men who were actually in it.

Outlaw biker clubs are a one-stop shop when you're looking for things in life geared toward stroking your own ego:

These clubs are not democratic organizations, ruled by the many for the good of the all.

They are run very firmly by men who usually clawed their way to the top of this primal food chain, and considering the general savagery of the ordinary member, that's impressive. Private agendas and cut-throat politics are the typical motivations that see these men to the top, and what keep them in power. 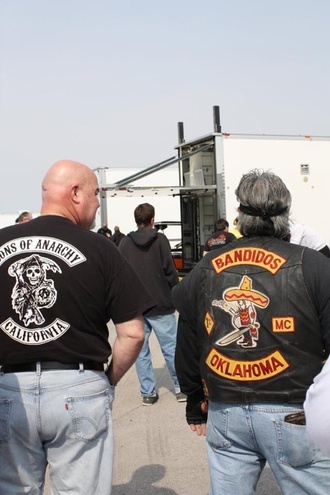 Many men and women enter this lifestyle thinking that every member in it lives by the creed of love, loyalty and respect between every brother. The club is huge, and every member and his family bring with it different values, different expectations, and invariably, people clash. A misunderstanding gets magnified by these impossible expectations, and the ensuing disappointment is almost crushing to so many of these people. It's rather common for a large percentage of patched men to be out of the lifestyle with five years' time of their patching out.

The lifestyle is expensive, and time consuming. Depending on where your ole man is in the hierarchy, you can either find it somewhat of a steady sort of hobby, or your life can be immersed daily in club stuff. Hobby members never last long, so if you manage to stay in it long enough, it consumes every part of your life.

Outsiders, called Citizens, once close friends, will fade away. The secrecy of all things club-related often makes Citizens feel somewhat insulted by their exclusion.

It's a very specific kind of lifestyle that can only work for certain personality types.

Men must be able to follow without question, trust without proof, and be someone people can depend on. It attracts a certain amount of men who genuinely dislike women, but those members rarely make it through the prospecting period. Should they manage to hide this fact long enough to get their patch, thepatch-itis (the arrogance a newly patched out member gets that irritates everyone within a mile of him), renders him unable to hide his mommy issues, and he is tossed out quickly.

It's complicated when it comes to the girls, but I've never witnessed men who hate women ever allowed to stay in.

Women must be outwardly submissive, be thick-skinned about sexist attitudes, and be able to get along reasonably well with the other women. The women, thrown together regularly, bound by the same rules, and who share a common interest, have their own sort of club. It's taboo to suggest this to any member of the club, but that is the very definition of a club.

The women control nothing about her club affiliations, though. You spend a great deal of time with other women you may or may not find interesting, gathering in places that the guys picked out, usually without considering any of the female's thoughts on the matter. Strip clubs and dive bars were common watering holes.

PBOL's have basic rules they must live by to get by. She never disrespects a patch holder in public, including her own ole man. She's the eyes and ears for the club, and lives in a precarious place between what she should know about and what she shouldn't know about.

It really isn't all that hard to understand the attraction for most men. After all, boys will be boys.The women, however, are far more complicated and interesting, in my opinion. Very few of them actually resemble the media's stereotypical outlaw biker chick.

On the surface, they seem to hold no sway over their own lives. Yet they also tend to be most common reason for the male members ending up in jail. While it can be frightening to break up with a member of the Bandidos, the statistics show, it should be equally scary for a Bandido to break up with a PBOL. Scorching the earth and poisoning the wells is a very woman thing to do, and PBOL's are still very much women.

PBOL's can stir up strife between members, chase off girlfriends/wives of other brothers, and quietly impact the club in ways only the most observant will notice.

Every woman going in knows that every part of her club affiliation is on loan to her by her Bandido, PBOL patches and clothes included, and he can take it all away whenever he pleases. But knowing this, and actually experiencing it, are much different, as so many of us would find out.

There's really no good way to explain how much harder it is to break up with a club than it is to lose just one man. In a split second, everything and everyone is simply gone. Friendships that once felt so loyal, strong, and enduring, are simply over, and the silence is deafening.

Some of these women will find another member of the club to hook up with, choosing to find a way back into the culture they love. Others walk away bitter and angry at the betrayal of not only her old man, but an ocean of people you thought were your friends.

I loved my husband, and he loved being a Bandido. I set aside my natural instinct to demand respect and compromised with myself in order to make him look good. I carved out my own niche, and for the most part, was able to preserve some of my self-respect. But when he was gone, so were my reasons to conform to things I found ridiculous.

Finally, I decided to leave all of it behind. Too much about me had changed, and I was never going to fit in again. Better to part ways now.

I'm a writer, and it is often rumored I will someday write a tell-all book about my time with the Bandidos. I won't. If I were to write on this subject, I would write about the women instead.

They surprised me so many times, with their resilience, patience, and sacrifice. They are assumed to be morally bankrupt and unintelligent, selling themselves into a life of slavery to a club. Frankly, I never met a single woman that fit this stereotype in the decade I was in.

Instead, I saw many a PBOL wield her own sort power by simply influencing her own old man. Some aided political agendas; others mediated potential problems for the club; and all of them had sway over the club in some small way. The women are the ones who show what true brotherhood should look like, and they sacrifice for those they love all the time. The endure a lot in the outlaw culture, and their men reap the reward.

If you ask me, it is the PBOLs are the real outlaw bikers.