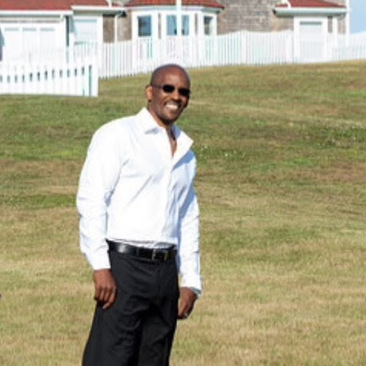 Scott Lewis spent 19 years in federal prison. He was recently released after an FBI investigation revealed a dirty cop was part of the cocaine trade and framed Lewis and Stefon Morant, for a double murder they didn't commit. Lewis is now an independent real estate broker.

Lewis was on the cusp of being exonerated for double murder and granted freedom for which he'd been fighting for 19 years. Still, he safeguarded his story. Later, he changed his mind and decided to share it.

He got the job.

Lewis is just one of many formerly incarcerated people who found employers willing to give them a chance after hearing their stories. Sharing stories helps former prisoners hurdle barriers to securing work including stigma, the absence of a verifiable work history and self-esteem loss during extended periods of unemployment and incarceration.

Stories may be the bird in the hand that gives ex-offenders the break they desperately need. Nearly 680,000 men and women are released from US prisons annually; a number comparable to the entire population of Baltimore. An Urban Institute study found 55% of ex-inmates were unable to find work 8 months after release.

Securing housing, identification and employment are top challenges to re-entry. Denying people jobs integral to survival and acceptance may contribute to the recidivism rate of 2/3--- people returning to prison within three years of release. It also adds to the state and federal burden for incarceration- a staggering $69 billion annually.

Lewis later learned that one of the men who interviewed him at Kirby had also been incarcerated.

"You just never know. There are people who, on the surface, look like they've always had clean lives and were perfect, but might have gone through some tough stuff in their pasts. When they hear your story and are in a position to hire, they can relate and are more willing to help you." Lewis said. 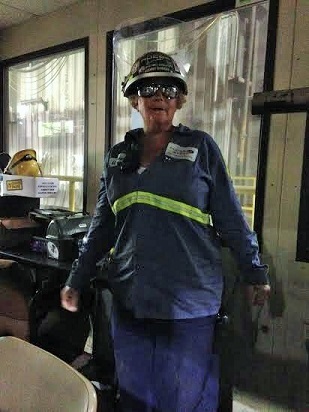 Audrey Shreder served eight years for driving drunk and accidentally killing an off-duty firefighter. Her work getting sober, processing old trauma, volunteering in the prison hospice and ultimately, gaining forgiveness from the firefighter's family, was transformative.

After parole, she had to prove herself all over again.

"When you put on the application, my charges were manslaughter, Dunkin Donuts won't hire you," she said.

Shreder searched for seven months and was ready to give up. One night she fell to her knees and cried. Later, she interviewed at Nucor Steel, Inc.

"I sat down at that table in front of three men interviewers. I'm thinking to myself, if I can sit in front of a parole board, I don't have any problem telling my story here. So, that's what I did," she said.

She got a call back which lead to a great paying job operating forklifts.

Shreder was relieved by her admission, ensuring she wouldn't be fired if her history was revealed.

Although Shreder had personally owned her mistakes, upfront sharing was a considerable risk. 37 US States allow employers to deny jobs exclusively on the basis of criminal records. Recent "ban the box" legislation removes criminal history questions from job applications in 100 cities and counties. Yet, employers still may be biased when finding a perspective employees history out while interviewing. Ban the box doesn't prohibit them from Googling applicants either, notes Tiheba Bain who turned her life around while serving a decade in prison in Danbury, Connecticut.

"Sharing what you've been through can be good if you find the right person but discrimination against people who have been incarcerated is ever present," Bain said.

Gaps in resumes due to long periods of incarceration; or lack of a resume, work experience or advanced education can also be barriers. Some prisons offer educational and transferrable work skills, but the majority of prisoners find themselves working slave labor jobs while inside.

Some are able to make that work for them.

Frank Alemar spent three decades in New York prisons for felony murder, for his part in an armed robbery that lead to a 16-year-old girl's death. One of his prison jobs was removing asbestos for $1 hour. After a shift, he took off his two hooded Tyvek suits and rubber boots, literally poring inches of sweat out of them.

He was paroled, and eventually secured a job alongside his friend Shreder at Nucor Steel, Inc. He believes the physical and psychological/spiritual work he did in prison gives him strength.

"After doing work like I did in prison, what can a boss tell me to do that I'm not going to do if they are paying me nineteen, twenty dollars an hour?" he said.

Bain has had a tough time finding permanent full time work over the five years she's been out. She draws on a prison experience, doing custom floor cleaning and waxing, as free-lance to get by.

Bain is pursuing a Baccalaureate degree in Public Policy and Women's Studies at New York's City College. She believes education will be her key to sustaining a different way of life.

$59 million in re-entry grants recently designated by the federal government, may contribute to breaking down barriers.

Dozens of non-profit re-entry programs are geared towards helping ex-offenders find work. These include LA's Homebody Industries which trains approximately 200 former gang members annually in skills such as solar panel installation and has a high placement rate with outside employers. For profit companies follow suit.

Greystone Bakery, in Yonkers, New York operated for 32 years providing jobs on a "rolling" basis to anyone, regardless of work or criminal history. The company values all employees' experiences.

"Many individuals with a criminal record possess important leadership traits, having had managerial experience in previous business endeavors, whether or not those were legal," said Kerry Sesil, Marketing Coordinator at Greystone.

Story details may be less relevant than the tremendous internal work prisoners may have done that lead to their being paroled in the first place. This work makes good employees, but also good humans whose contributions have positive effects on people around them.

Alemar, was 21 years old when handed a life sentence. He was "hit" (denied) nine times by the parole board, before he truly recognized the deep levels through which he needed to change. He found a transformative program in prison which helped him recognize habitual patterns, including a subconscious association of masculinity with crime that he gleaned growing up in his Bronx neighborhood.

Everything fell into place after that. Alemar learned what he needed to do to be a better man. When he was finally paroled, he barely recognized the kid who cried for so long after several nights after he was first convicted, he was sent to Rikers' psyche ward. He was that better man. He makes sure that man keeps his integrity.

"A lot of the guys say they come only when I work. They like to work with me because I maintain a positive attitude. I try to help people whenever I can, because so many people helped me," Alemar said.