The mystery surrounding former Russian spy Sergei Skripal and his daughter, who remain in critical condition at a hospital in the United Kingdom after being exposed to an unknown substance, escalated Tuesday as Britain’s government accused Russia of being responsible.

“There is much speculation about the disturbing incident in Salisbury, where a 66-year-old man, Sergei Skripal, and his 33-year-old daughter, Yulia, were found unconscious,” said British Foreign Secretary Boris Johnson.

Skripal and his daughter were found on a bench at a mall in Salisbury on Sunday, according to a statement from the police in England’s Wiltshire County. They were both being “treated for suspected exposure to an unknown substance.”

“He had his palms up to the sky as if he was shrugging and was staring at the building in front of him. I remember looking back at him thinking he would catch my eye but he was staring dead straight,” Georgia Pridham, a passerby, told The Telegraph. “He was conscious but it was like he was frozen and he was slightly rocking back and forward.”

The woman, Pridham added, was “slumped onto his shoulder.”

The substance has not yet been identified, nor have police confirmed if any criminal activity took place. The police declared the case a “major incident,” and multiple agencies, including the country’s counterterrorism police force, are investigating.

Authorities said they closed down a local restaurant called Zizzi on Monday in connection with the investigation, although there’s no known risk to public health. One member of the emergency service that dealt with Skripal and his daughter is also in the hospital, the Press Association reported.

A major incident has been declared & a multi-agency response co-ordinated. Alongside partner agencies, we're conducting extensive enquiries to determine exactly what led to these people falling unconscious & clarify whether or not any criminal activity has happened. #Salisbury

Skripal, a former colonel in the Russian military intelligence, was accused of spying for Britain in 2006 and sentenced by Russia to 13 years in prison. He was pardoned in 2010 and released to the U.S. as part of a high-profile “spy swap” and later flown to Britain.

Russia has so far not been linked to the incident. The Kremlin denied having any knowledge about the cause of Skripal’s illness, and offered to cooperate in the investigation. Yet Johnson slammed Russia as a “malign and disruptive force,” warning that Britain plans to “respond appropriately and robustly” if President Vladimir Putin’s government is found to have been responsible. He implied he would think twice about sending U.K. representation to the 2018 World Cup, which will take place in Russia this summer.

The incident recalls the high-profile 2006 poisoning of former KGB officer Alexander Litvinenko. Litvinenko, who died weeks after drinking tea laced with a poisonous substance at a London hotel, accused Putin from his deathbed of ordering the poisoning. A 2016 inquiry by the British government found Russian agency FSB (which succeeded the KGB) had Litvinenko killed in an operation “probably approved” by Putin. The Kremlin has repeatedly denied involvement.

This article has been updated with additional information about Skripal’s condition, as well as responses from the U.K. and the Kremlin. 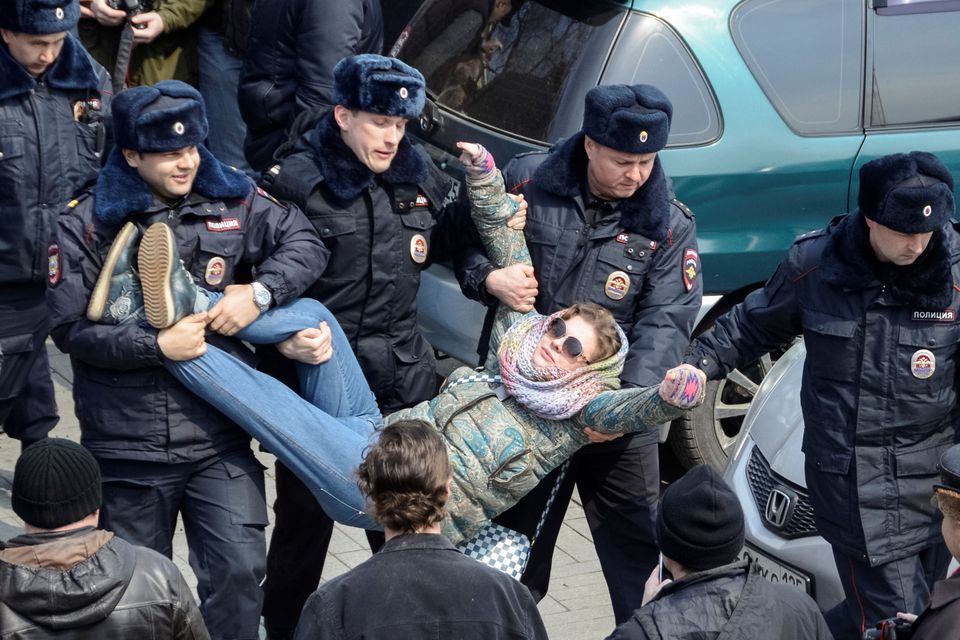