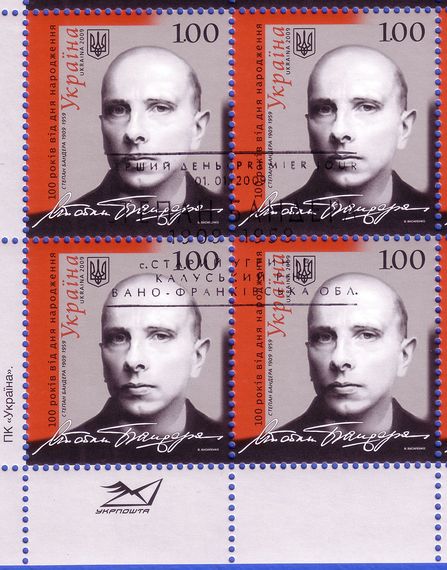 Symbols were important during the Soviet era.

The hammer and cycle was the premier example. Then there were the statues of Marx, Lenin and Stalin, and the names of notable Soviets on streets across the empire.

But a lot of the countries that fell under the Russian yoke -- because, in truth, the Soviet empire was just another manifestation of the Russian empire -- deeply resented the Soviet symbols. In their minds, they were reminders not of solidarity across the empire but of the repression that Russia imposed on them.

Since the break-up of the Soviet Union in 1991, most of those countries have been casting off Soviet symbols by toppling statues of Communist ideologues and dictators and renaming hundreds of their streets.

And some have created symbols of their own to counter Soviet myth.

These efforts have precipitated snarling in Moscow. It sees the perpetrators as ingrates who refuse to appreciate the stability of life under the Soviet system.

Recently, some countries have upped the ante in the symbols war by honoring nationalists whom the Russians despise -- because those men fought against the Red Army in World War II.

Ukraine set off howls in Moscow this month when it renamed Moscow Avenue in its capital of Kiev for a nationalist who fought with the Nazis to try to rid Ukraine of its Soviet occupiers.

Stepan Bandera's initial effort to free his homeland was fighting a guerrilla war against Poland before World War II. At the time, Poland owned much of what is today's western Ukraine.

When the Germans invaded Poland and then attacked the Soviet Union, Bandera fought with the Nazis against the Red Army. He believed Germany would grant Ukraine independence -- or at least considerable autonomy -- after the war.

Russia, which assassinated Bandera in Munich in 1959, has always considered him a traitor.

So the Kremlin considered Ukraine's decision to rename a major Kiev thoroughfare for Bandera a provocation.

Given the hostility between Ukraine and Russia over Russia's invasion of Crimea and support for eastern Ukrainian separatists, Kiev is always looking for a way to get under Moscow's skin -- and lionizing Bandera does the trick. So it was no surprise when Ukraine renamed the street for him.

Many in the former Soviet Union were surprised, however, when Armenia erected a statue in the capital of Yerevan to a nationalist whom Moscow also considers a traitor.

Armenia usually tiptoes quietly around the Russians because Moscow has an economic and military stranglehold on it, supplying most of Armenia's gas, owning its biggest electricity company, and having two military bases in Armenia.

So the Kremlin was shocked -- and angered -- when Armenia unveiled a statue in Yerevan this month to Garegin Nzhdeh.

Although Nzhdeh fought in an Armenian volunteer unit in Russia's campaign against Ottoman Turkey in World War I, the Russians dislike him on two counts.

First, he mounted a losing military campaign against the Bolshevik takeover of Armenia in 1920 and 1921 before fleeing to Persia. Second, In 1942 he formed an Armenian Legion, made up of former Armenian war and political prisoners, to fight with the Germans, although the legion ended up seeing little action.

Nzhdeh said the main reason for creating the unit was to guard against a Turkish invasion of Armenia in the event the Nazis won the war. The Soviets countered that the legion's formation was actually aimed at liberating Armenia from Soviet rule.

Russia's response to the Nzhdeh statue going up was curt. "We cannot understand why that statue was put up," Foreign Ministry spokeswoman Maria Zakharova said. Moscow opposes "any revival, glorification or other manifestations of Nazism, neo-Nazism and extremism," she asserted.

Russia has also howled about Ukraine, the Baltics, Uzbekistan and other countries toppling statues of Vladimir Lenin and Karl Marx, and Josef Stalin's homeland of Georgia removing statues to him.

The problem stems from the fact that Russia sees the statues as reminders of a glorious past, while the countries whom the Soviets subjugated sees them as reminders of repression.

Even Kazakhstan, which has been a close partner of Russia -- likely out of fear more than anything else -- provoked Russian anger when it erected a memorial in its capital of Astana in 2012. The monument honored the 1.5 million Kazakhs who died when Stalin forced collectivization on the rural population during the drought of the 1920s and 1930s.

Russia's anger over the monument was rooted in its contention that it suggested that Stalin deliberately used famine to kill Kazakhs.

Russia's reaction to the street renamings, the toppling of Communist-system statues and the memorials to Soviet victims has long been to snarl about the ingratitude of those behind the changes.

It has never admitted that the repression it oversaw during Soviet times is what has ushered in the changes.

That acknowledgement is long overdue.