Research continues to show that breastfeeding is the ideal nutrition option for babies. Yet worldwide breastfeeding rates still fail to meet global targets ― and a big reason has to do with governments’ unwillingness to support nursing mothers.

The breast milk substitute industry’s sales are predicted to hit $70 billion by 2019. Companies spend more on pushing their products ― often while violating international marketing codes ― than governments do on protecting and educating breastfeeding mothers. Considering the low cost, and the lives and money breastfeeding could save, investing in mothers should be a no-brainer, a new report from the World Health Organization asserts.

Of 194 nations evaluated, just 40 percent of babies are exclusively breastfed – meaning they receive no other liquids or food ― for the first six months of life, which is WHO’s recommendation.

During World Breastfeeding Week, celebrated the first week of August, WHO and other health advocacy groups tout the lifesaving benefits of breastfeeding and urge governments to commit to boosting the practice.

It would cost about $4.70 per newborn to get half the world’s babies to breastfeed exclusively for the recommended first six months of life by 2025, according to “Nurturing the Health and Wealth of Nations: The Investment Case for Breastfeeding,” a report released by WHO and other groups.

It’s a small expense, considering how much governments and families stand to gain.

More than 820,000 children younger than 5 die every year as a result of not being breastfed, or being subjected to suboptimal breastfeeding practices, according to a study released last year by the U.K. medical journal The Lancet.

Breastfeeding also lowers instances of sudden infant death syndrome, which claimed about 1,600 lives in the U.S. in 2015, according to the Centers for Disease Control and Prevention. The practice is associated with developing a higher IQ, compared with babies who aren’t breastfed. That, in turn, leads to an increase in lifetime earnings, according to the WHO report.

Research also shows that breastfeeding is associated with lower instances of breast and ovarian cancers for mothers later in life. According to The Lancet, breastfeeding could prevent 20,000 breast cancer deaths annually.

Breastfeeding also may lead to fewer hospitalizations and insurance claims for newborns, and dramatically reduce their health care costs. The United States could save $13 billion per year if 90 percent of families met the recommendation to exclusively breastfeed for six months.

Breastfeeding rates remain abysmally low for a host of reasons, ranging from medical and economic to logistical, affecting mothers in low-income and high-income countries. The U.S., for example, is the only developed country that doesn’t offer mandatory paid maternity leave. New mothers need time to meet the demands of a baby and get into the rhythm of breastfeeding, and working moms require designated spaces to express and store breastmilk.

But even with such accommodations, working women, including those working part time, are likely to stop breastfeeding because being apart from a baby adds challenges. Women working between 20 hours and 34 hours a week had a 45 percent chance of stopping breastfeeding before a baby reached the age of 6 months, CBS News reported last year.

That and other issues have made breastfeeding a practice of the privileged.

Women are more likely to breastfeed if they’re white, older, college-educated, married, have health insurance, and are not poor or receiving government nutritional assistance, according to a 2009 report published by the School of Law at Pace University.

Another issue is the way breastmilk substitute companies aggressively market infant formula. While there is a need for substitutes in some cases, the formula industry often targets mothers who would otherwise be able to breastfeed, and its messages can undermine their efforts.

Formula manufacturers spend about $4 billion to $6 billion annually on marketing, according to a 2015 study published in Food and Nutrition Bulletin.

Promoting formula to the general public isn’t allowed, according to the International Code of Marketing of Breastmilk Substitutes, adopted in 1981 by WHO. That means some of those tear-jerking formula ads pushing products aren’t kosher. The industry isn’t supposed to dole out free samples, yet any new mom is likely to receive such handouts at the hospital, in the mail or at a doctor’s office. The industry isn’t permitted to idealize formula with images and slogans, but labels typically feature beautiful picture-perfect babies.

Idealization of formula as the “gold standard” is a major contributor to low breastfeeding rates, according to the Food and Nutrition Bulletin report. Such marketing practices can convince new mothers that formula is comparable, or even superior, to breast milk. These tactics have led consumers to view formula is an “aspirational” product, one that’s only available to affluent women, while breastfeeding is deemed a practice for the poor.

To combat inappropriate marketing tactics and to more effectively support new mothers, the World Health Assembly is calling on governments to invest $5.7 billion in programs that would hold the breast milk substitute industry accountable and monitor its advertising practices. The money would also would expand lactation counseling, and improve maternity leave and breastfeeding policies in the workplace.

“By failing to invest in breastfeeding, we are failing mothers and their babies and paying a double price in lost lives and in lost opportunity,” Anthony Lake, UNICEF’s executive director, said in a statement.

CORRECTION: This article initially misidentified the journal in which the 2015 study on breastfeeding was published; it was published in Food and Nutrition Bulletin, not ResearchGate.

PHOTO GALLERY
Places Moms Have Been Shamed For Breastfeeding
Download
Calling all HuffPost superfans!
Sign up for membership to become a founding member and help shape HuffPost's next chapter
Join HuffPost 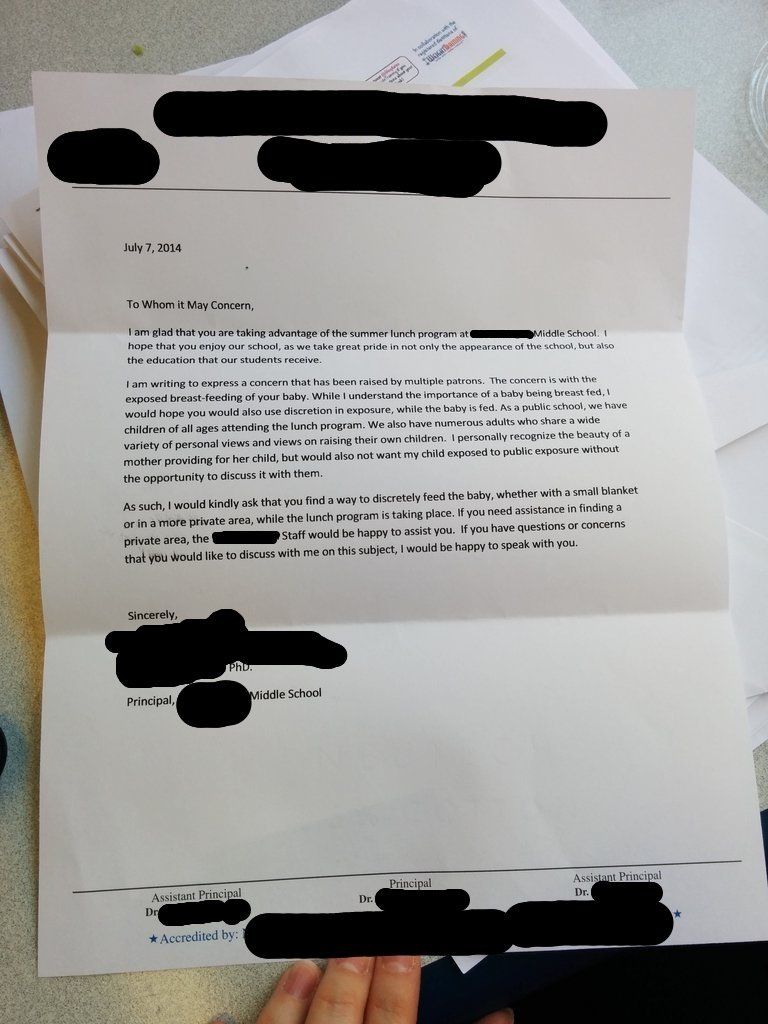 1 / 13
At A Middle School
When <a href="https://www.huffpost.com/entry/school-principal-gives-letter-breastfeeding-mom_n_5600505" target="_blank">Andrea Scannell</a> took her children to eat at a summer lunch program at Mount Logan Middle School in Utah, she decided to nurse her infant while there. Before leaving, a school employee handed her a complaint letter from the principal, which went viral after her husband <a href="http://www.reddit.com/r/pics/comments/2aw6ob/my_wife_was_handed_this_formal_complaint_about/" target="_blank">uploaded a photo of it to Reddit</a>. The letter asked Scannell to "discretely feed the baby, whether with a small blanket or in a more private area while the lunch program is taking place." After garnering a lot of online support, Scannell organized a nurse-in at the school.
Imgur