After spending four months camped out in front of the house dubbed 'Fort Hernandez' in an effort to save it from foreclosure, Occupy LA activists were removed from the property, and the family was evicted. The Van Nuys house, where the Hernandez family resided but hadn't paid a mortgage on for about five years, is now surrounded by a chain link fence and is the property of Bank of America.

Nearly 100 personnel from the Los Angeles County Sheriff's Department removed 18 Occupy LA protesters and five dogs at about 5 a.m. Thursday morning, KPCC reports. Six to eight family members were living in the house and are now locked out.

However, family members and Occupiers are continuing to protest outside the fenced home. A post on the Occupy San Fernando Valley Facebook Thursday night reads, "The fight has just begun."

Another post on the Facebook page says about LA Sheriff Lee Baca, "Did Lee Baca accept campaign donations from Banks or any of their CEO's or high ranking Executives? Is Lee Baca an investor in foreclosed homes? Who does Lee Baca take his orders from?" The post continues, "The only way to win this fight is to dig deep and expose the police and the banks for what they really are."

Occupiers had been camped out in front of the house 24 hours a day since August, with signs reading "Housing is a Human Right," "Stop Fraud-closure," and "Stolen Property, Not for Sale."

Javier Hernandez bought the home in 2006 and signed a subprime mortgage that included interest-only payments up front and an adjustable rate, the LA Daily News reports. But after the payment went from $3,900 to $4,500 in 2008, the Hernandezes stopped paying.

Bank of America said it tried to work with Hernandez, but that he did not submit paperwork in time. Hernandez’s attorney showed NBC stacks of papers showing an effort to start payments again, but the bank said it wasn’t enough to qualify for a loan modification.

An LA Sheriff's spokesman told LA Weekly that the department received an order to evict several days ago but that Sheriff Lee Baca, showing "heart," told deputies not to do the deed until after Christmas.

Ever since Occupy LA's encampment at City Hall was broken up last year, the group has focused on fighting big-bank foreclosures. Fort Hernandez had become a symbol of that effort. Occupiers claim there are more empty homes in the same Van Nuys neighborhood than there are homeless.

Check out photos of 'Fort Hernandez' before and after eviction:
All photos courtesy of Occupy San Fernando Valley Facebook. 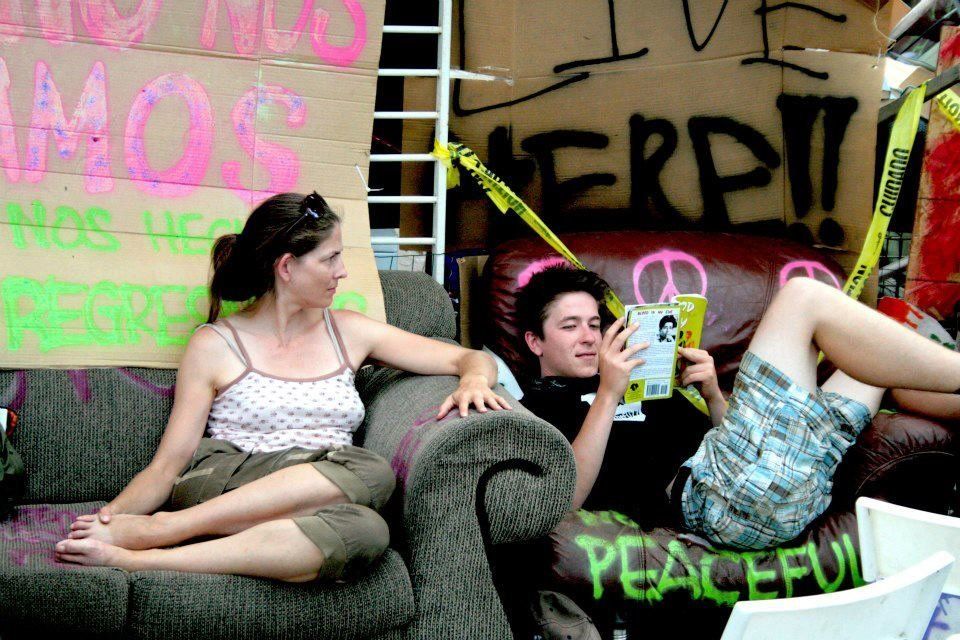