The suspected gunman at the Army post in Texas reportedly died of a self-inflicted wound.

In addition to the four deaths, Lt. Gen. Mark Milley said at a press conference Wednesday night that 16 people were injured.

Milley revealed more details about the shooter and how the violence unfolded.

Though Milley did not reveal the suspected gunman's name, he said he was a soldier treated for "depression, anxiety and a variety of other psychological and psychiatric issues" who had served four months in Iraq in 2011.

Using a .45-caliber Smith & Wesson handgun, the shooter entered a building on the base and opened fire, according to Milley. He left, got into a vehicle, opened fire again and then entered a second building where he unleashed another burst of gunfire, Milley said.

There was "no indication" of terrorism, according to Milley, but "we are not ruling...out anything."

The base remained on lock down hours after orders to shelter in place were issued, the Washington Post reports.

"Fort Hood's Directorate of Emergency Services has an initial report that a shooter is dead but this is unconfirmed," a statement from Fort Hood officials said. "The injured personnel are being transported to Carl R. Darnall Medical Center and other local hospitals.

"Numerous law enforcement agencies are in support and on the scene. The number of injured are not confirmed at this time."

Officials from Scott and White Memorial Hospital in Temple, Texas said at a press conference that doctors there are treating four patients from the shooting. Some of the injured were in critical condition.

Gov. Rick Perry echoed the past tragedy at the base in a statement he released.

"Today, Ft. Hood was once again stricken by tragedy. As Texans, our first priority must be caring for the victims and their families. Ft. Hood has proven its resilience before, and will again."

This is a developing news story. Check back for updates. 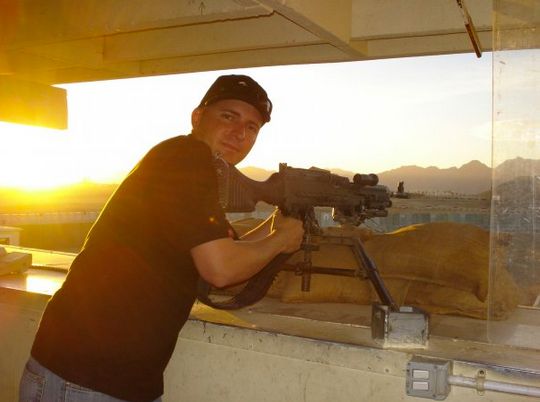