"Seems like there's no time at all between lotteries any more." -Shirley Jackson, The Lottery 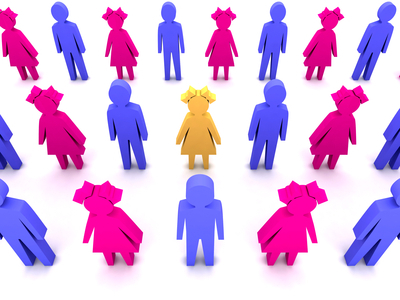 In the United States, we designate entire months to generating awareness for different types of cancer. According to Cancer.net (the official web site of the American Society of Clinical Oncology), there is a cancer awareness campaign nearly every single month of the year. Some months, like September, have multiple campaigns for different types or categories of cancer.

In addition to month-long awareness drives, there are also awareness days or weeks. For example, March 3 is Triple Negative Breast Cancer Awareness Day and National Young Adults Cancer Week is also in March.

At this point in time, can anyone say they're not aware of cancer in its many forms and guises?

My daughter has cancer. Thus, my focus is childhood cancer awareness and our designated month is September. Our color is gold.

September is also blood, gynecologic, ovarian and thyroid cancer awareness month. How can we stay focused on childhood cancer, and the pressing need for better and more effective treatments, amidst the sea of pink, orange, green, blue and teal ribbons? Will gold really stand out among the clutter? When the Empire State Building won't go gold for Childhood Cancer Awareness, but recently lit up gold for the Grammy's, then just how meaningful is the color gold anyway?

To complicate things, childhood cancer is a blanket term that doesn't even begin to cover the true scope and complexity of this illness. According to St. Baldrick's, an organization devoted to funding childhood cancer research, there are over a dozen kinds of childhood cancers, and countless subtypes, which makes finding one broad "cure" kind of a misnomer. We need research, we need multiple treatment options, and we need them to be age appropriate. All of this takes funding.

I don't need to see a gold ribbon to remind me that kids get cancer or wait for September to (obsessively) read stories about children with cancer. Kids like Dorian Murray, 8 years old, who was diagnosed when he was 4. He wanted to be famous in China and the internet helped make that happen, but as somewhat of a cancer insider, my focus is on the rest of his story, so similar to the many other children diagnosed with this disease. After years of brutal treatment and with cancer now in his spinal fluid, Dorian has decided to stop treatment knowing full well that means he'll die.

Stories like Dorian's ebb and flow in the media all the time -- bringing us briefly into the horrible reality of childhood cancer -- until we move on once again.

Only 4% of the federal cancer research budget is allocated to finding a cure for childhood cancer. There's even a campaign focused on changing this statistic, complete with its own hash tag -- #MoreThan4.

In the 1950s, a cancer diagnosis was a death sentence for a child. Today, it's a life sentence which often involves years of painful treatment. There is no easy way to rid a child of cancer. Surgery, chemotherapy, radiation, immunotherapy -- all of it is hard, some of it is lethal, and most of it leaves scars.

A 2013 study from St. Jude's Research Hospital found that nearly 98% of childhood cancer survivors (almost ALL of our children who are diagnosed with cancer), will have at least one significant health-related issue when they reach adulthood. This same study found that by the age of 45, 80% of study participants had at least one life threatening, serious or disabling condition.

My daughter has been fighting cancer for nearly four years. When chemotherapy didn't work to shrink her original tumor she got a liver transplant. When her cancer came back, she went on targeted chemotherapy, then had radiation, then had more surgery, then more surgery and now more radiation.

In spite of the groundbreaking technology that has bought precious time for my daughter, cancer is the leading cause of death by disease past infancy in the United States. The National Institute of Health's web site (NIH) estimates that nearly 16,000 kids (roughly 44 each day) between the ages of 0 and 19 are newly diagnosed each year. Nearly two thousand kids will die from the disease each year.

Maybe these numbers aren't high enough or shocking enough, to warrant more than 4% of funding for research that could ultimately spare our kids pain, suffering and death. Numbers are easy to dismiss unless you're the one whose number is called.

Pediatric cancer is a lottery. The moment we have children, they are entered into this lottery. No baby, child or adolescent is given a free pass. Age, sex, skin color, religion, financial status - none of these exempt your kid from the lottery.

Every day, 44 children in the U.S. draw a losing ticket. Every year, 16,000 children - from birth through age 19 - lose the lottery and begin an uphill struggle for survival.

Maybe childhood cancer research gets such a small percentage of the pie because the people who sign off on the budget lack firsthand experience with losing this lottery. They haven't had to look into the eyes of a pediatric oncologist who has run out of answers. They haven't had to sit down, take their child into their arms, and explain that there is no medicine in this world that can save them.

Today, forty-four children in the United States will have their ticket called. These kids will be ripped from childhood and brought into the brutal world of cancer treatment

Tomorrow, forty-four children in the United States will have their ticket called. It could be your niece, your cousin, your grandson, your child's best friend. It could be your child. If we continue to rely on a meager 4% of government funding, then our children will continue to suffer and die. If we expect to rely on pharmaceutical companies to come up with the breakthrough therapies that can potentially save our children we'll wait forever because while pharmaceutical companies contribute about 60% of funding for drug development in adult cancers, they donate almost nothing to develop new cancer drugs for children.

Four percent is not enough. Make your voice heard. Write about it. Tweet about it (use the hashtag #morethan4), raise your voice. Our kids are worth more than four percent.