In 1975, the organizers of the traditional chess tournament in the Dutch coastal town of Wijk aan Zee inaugurated a prize for the most spectacular game. They expected breathtaking encounters, griping contests, and some glamour and charm.

Throughout the four decades many grandmasters were rewarded for their thrilling play, including some world champions. Magnus Carlsen won it in 2004 at the age of 13 and was called the Mozart of Chess in the Washington Post. Garry Kasparov created an incredible masterpiece against Veselin Topalov in 1999, perhaps the most brilliant game he has ever played. Vishy Anand's amazing attacking symphony against Levon Aronian in 2013 brought memories of the legendary Akiba Rubinstein. 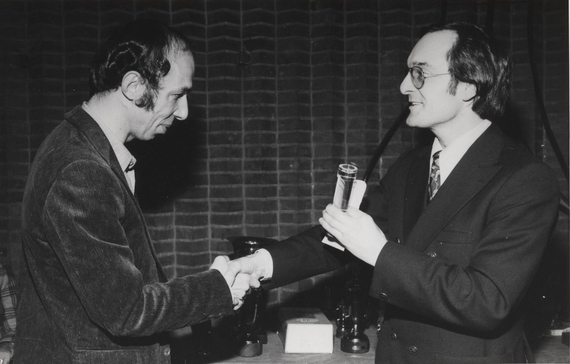 Forty years ago, the Leo van Kuijk prize for the most spectacular game was given to me by his son (right on the photo). I earned it for a positional queen sacrifice for a mere bishop against Lajos Portisch. It was a fascinating draw and the Hungarian grandmaster thought we should split the prize. "You got my queen," I told him,"I get the prize. Mind over matter." Portisch didn't come up short. He won the 1975 Wijk aan Zee tournament.

The game was analyzed by strong grandmasters such as Jan Timman, Ljubomir Ljubojevic, Ulf Andersson, Jonathan Speelman, Ludek Pachman and many others. I analyzed it on 15 pages in the tournament book, but it is presented here in much shorter version. It also appeared in Andrew Soltis' " The 100 Best Chess Games of the 20th Century, Ranked." The computers more or less confirmed our findings.

The play of six acts begins with the Saemisch variation of the King's Indian defense - Portisch's favorite line.

Boris Spassky's advance allows White to grab space. He made this novelty during our game in San Juan in 1969.

The black knights are entangled and Portisch strikes immediately.

Act One: Against the wall 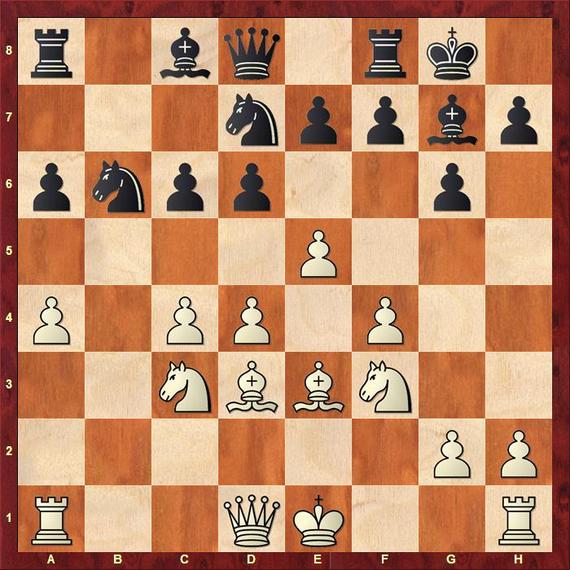 "The safer 13...a5 would cut Black's risks considerably, compared with the game, but white would still be better after 14.c5. The natural continuation 13...Bb7 14.a5 Nc8 would leave black minor pieces in a mess," wrote Andrew Soltis.

The incredible journey begins with a knight sacrifice. Black lights up the fire with the central undermining, ignoring the material loss. 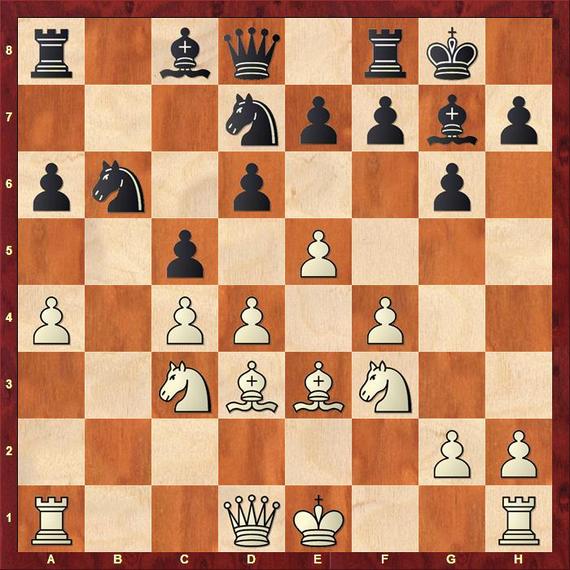 My decision to make this move was a matter of temperament and curiosity. Firstly, I dislike to back off in chess; secondly, I was curious to see what would have happen, since at this point it was hard to calculate all the consequences. From time to time one may have such an irresponsible approach. Hence the piece sacrifice. It helps that white did not castle. He will be busy with the central skirmish.

"If we look at the move 13...c5 carefully," essayed Jan Timman,"we must conclude that it is a mistake, but in practice it is hard to judge it that way. Yet, I believe that players like Ulf Andersson or Tigran Petrosian would prefer 13...Rb8 14.a5 Na8 even though this means having to defend on the first three ranks. Black must not be afraid to play his knight on a8." 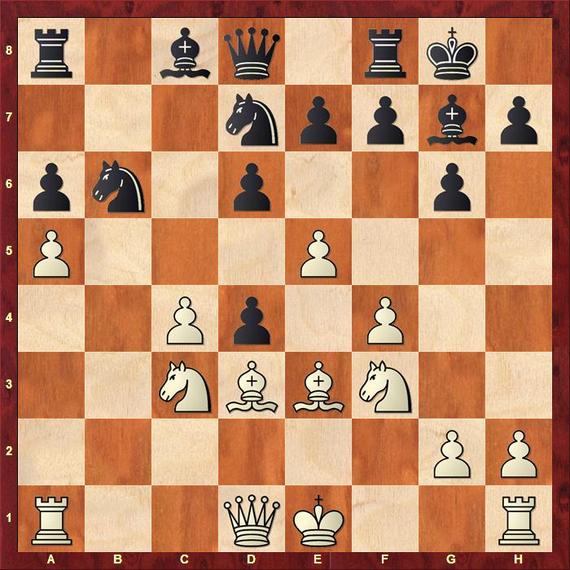 The second key moment. How shall white take on d4?

When I saw this move I realized I would have to sacrifice my Queen to stay in the game.

After 15.Bxd4 I was prepared to play 15...dxe5! and not everything is completely clear. Some examples: 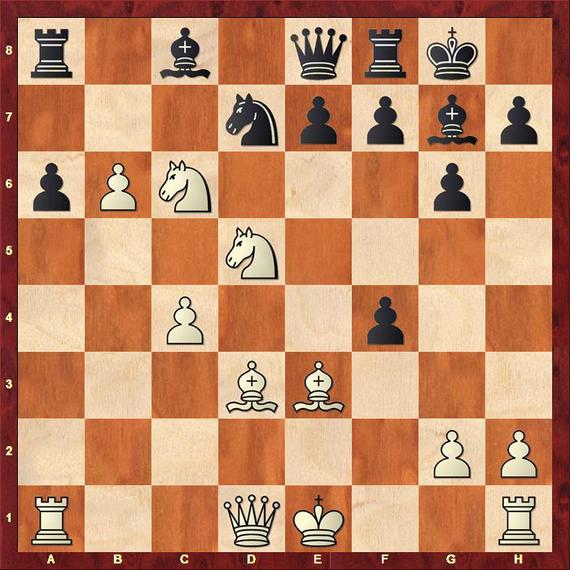 Portisch is relentless, threatening to win the queen with 19.Nc7.

Act Three: In captivity of Bishop and Pawn 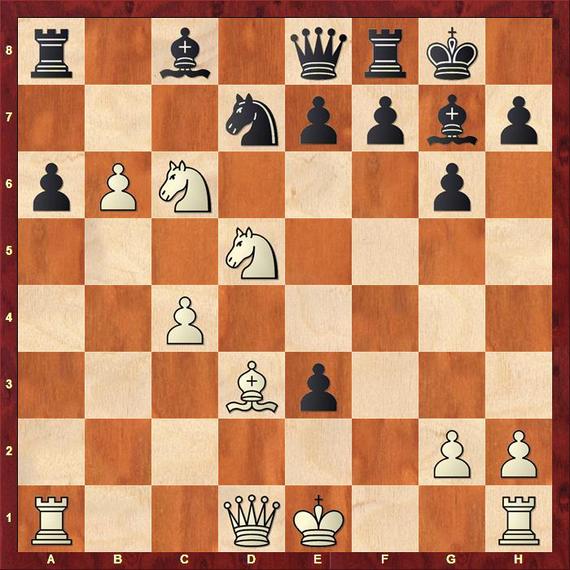 During the game I considered the pawn to be very strong, as it ties up the white position to some extent. It is the key to the Queen sacrifice. Portisch told me after the game that he did not calculate the consequences of the sacrifice but just played to win the queen.
Timman pointed out that "White's dark bishop is a vital piece in the Saemisch variation of the King's Indian Defense."

The point of the whole sacrifice: the white king has to block the rook on h1. Jammed in the corner, the rook is unable to join the game for a while. Simple counting shows Black having only a bishop for the queen, but it would take white a long time to consolidate on all fronts. That was encouraging.

Black threatens to utilize the pin on the d-file with 23...Nc5, forcing White to react quickly.

Act Four: Huddle on the d-file

At that time, the young Russian master, Mark Dvoretsky wrote:"A fascinating position! White has a great material advantage (Queen for Bishop), but Black pieces are active and White's rook on h1 is not playing. In a joint analysis after the game, neither player found a clear way for White to realize his material advantage; moreover, after a slight inaccuracy white is in danger of falling under a strong attack." Dvoretsky dominated the B Group in Wijk aan Zee. He was still in his playing days before becoming a chess teacher. 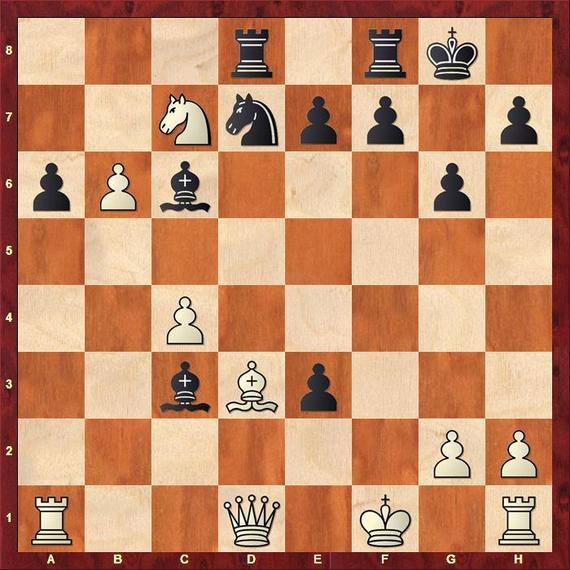 Perhaps the critical point in the game. Portisch thought 35 minutes here because he needed to consider 23.Nd5 Bxd5 24.cxd5 Bxa1 25.Qxa1 Nxb6 Black then has only a rook and three pawns for the queen but he can reach endgames in which all pawns lie on the kingside and White cannot break into his "fortress," writes Soltis.
But there was another, rather unpleasant way to tackle Black: 23.Ra3 Bb4 24.Rb3 a5 and white has can cover all threats with a knight leap to the edge 25.Na6 with winning chances.

A picturesque position. Black lined-up all his pieces on the d-file. 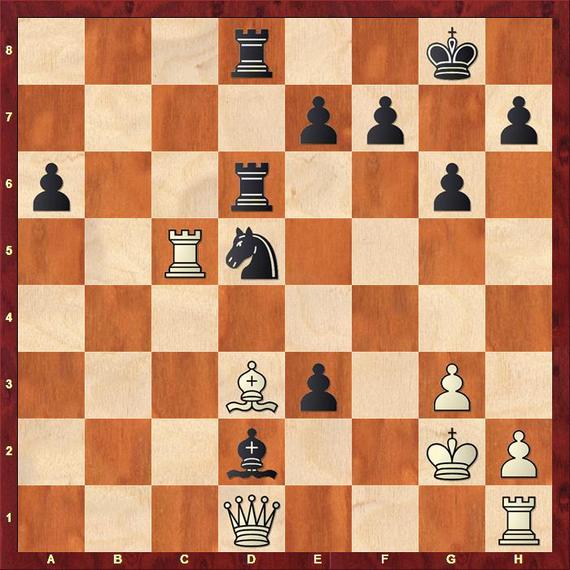 "The odd thing about this move, Kavalek said after the game, was that he was virtually convinced Portisch would play it and it was one of the few moves not reconsidered in the post-mortem," writes Soltis. 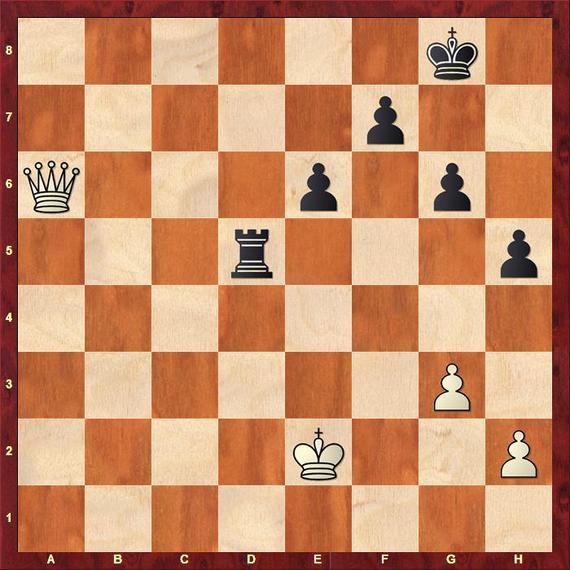 It could be reached from other variations. It was my defensive wall - the final hope of my queen sacrifice.
But Ljubo spoiled my fun. 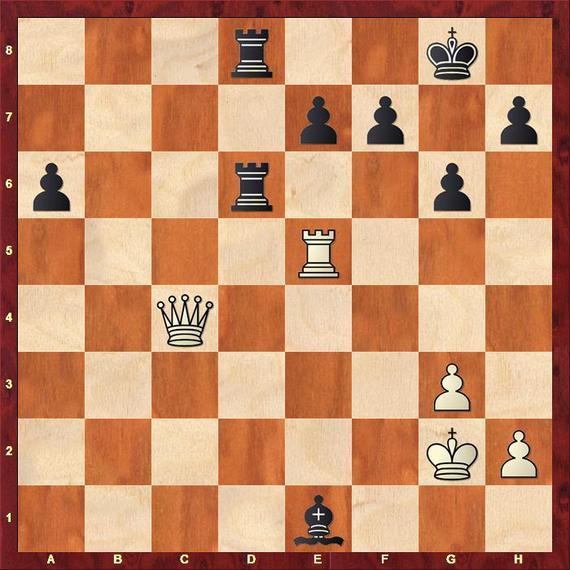 B. This is how things stood still for forty years. However, computers point out a wonderful zwischenzug 33...Rd4! that escaped us. 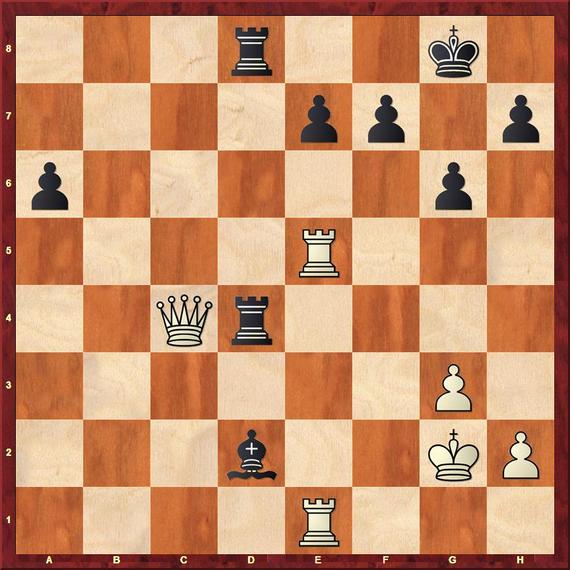 Black now has a rook for the queen and I became confident that I would not lose.

Act Six: Was victory in the grasp? 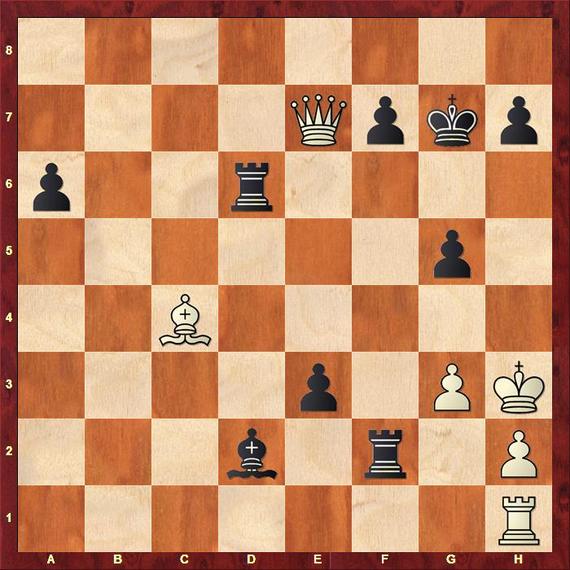