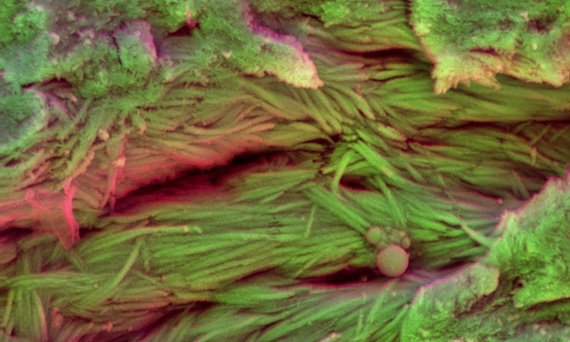 The findings raise a number of questions, including the possibility that better-persevered fossils may contain larger traces of soft tissue. This also opens the possibility to finding ancient D.N.A. as well as more clues on the physiology of ancient dinosaurs.

The majority of fossils examined were the scattered and fragmented remains of several unidentified species, which gives paleontologist an optimistic perspective on finding other soft tissue. If soft tissue can be found in, what essentially were discarded fossils, museums and collections with higher quality species could lead to more impressive findings.

Samples of intact soft tissue have been found in dinosaur fossils before. Previously Mary Schweitzer at North Carolina State University found flexible transparent collagen in the hindlimb of Tyrannosaurs Rex in 2005.

Sergio Bertazzo, material scientist at Imperial, first began examining a thin section of a therapod claw using an array of electron microscope techniques. Under examination Bertazzo found what appeared to be blood. 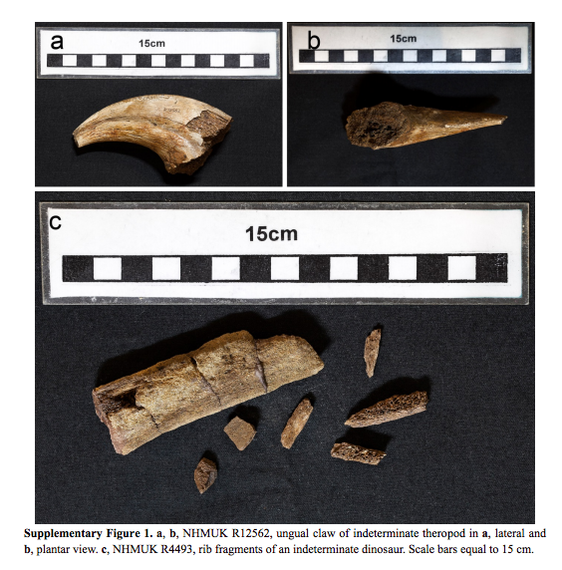 Additionally, when examining a fragment of an unidentified dinosaur rib, Bertazzo spotted bands of fibers. With further examination these bands were found to contain amino acids known to make up collagen, the protein that forms soft tissue.

Further detail surrounding the soft tissue of dinosaurs would conclude decades of speculation surrounding dinosaur evolution and physiology. While no genetic information has ever been recovered from electronic analysis, further examination of properly preserved specimens may hold surprising results.