Among environmental scribes, Bill McKibben is a legend. That’s not only because he had a knack, in such books as The End of Nature (1989), The Age of Missing Information (1992) and his most recent Eaarth (2011), of telling an important story before anybody else, but also because he is a mensch, and so darned helpful reviewing and blurbing books for other writers. Including at least one of mine.

That’s why it got attention when McKibben largely stopped writing and became a climate activist, best known as the founder of 350.org. The reasons for that are in an article he wrote for Rolling Stone last summer. “The official position of planet Earth at the moment is that we can’t raise the temperature more than two degrees Celsius,” he wrote. “It’s become the bottomest of bottom lines. Two degrees.” And we’re already three quarters of the way to overshooting that target.

The group’s title refers to the 350 parts per million of carbon dioxide considered to be the upper safe limit to concentrate in the atmosphere. Well, the bad news is that we’re already at 391 parts per million and counting. No wonder McKibben feels such urgency, and he’s not alone.

I was struck by this story in the Boston Phoenix, in which Wen Stephenson, a former member of the media establishment—card-carrying NPR editor and Boston Globe editor—describes how he followed in McKibben’s footsteps and resigned from the media business for much the same reason. Stephenson wrote, “On our current trajectory, it’s entirely possible that we’ll no longer have a livable climate—one that allows for stable, secure societies to survive—within the lifetimes of today’s children.”

350.org hasn’t changed the world yet, but it’s had an impact around the world. A growing percentage of people believe climate change is real, helped perhaps by such evidence as a new NRDC report that we're effectively losing winter sports because of warming temperatures. I wrote about that five years ago, but couldn't get much traction on the issue. Now it's unavoidable.

350.org's current “Fossil Free” campaign is aimed at convincing colleges to divest their oil stocks, and McKibben is on a 21-city campus tour in a biodiesel bus, speaking and raising hell. He called me from the road, shortly before taking delivery of his new Ford C-Max plug-in hybrid.

The UN-sponsored climate talks are on in Doha, Qatar, but McKibben isn’t there. “The Doha talks are a joke, a charade going nowhere,” he said. “We’re all but boycotting the process.” Did I say there’s a sense of urgency here? The Doha negotiators, between desultory sessions about maybe, possibly starting a process in 2015 that would actually take effect in 2020, are arguing about how the poor countries are going to get financial compensation from the rich countries.

That debate, fraught though it may be with issues of environmental justice, has stalled any meaningful progress in the international negotiations, through Copenhagen and Mexico City. Sure, the wealthy countries in Europe and North America emitted most of the CO2 that’s now threatening Pacific Islands and other low-lying regions with uncontrolled flooding or inundation, but the actual bill is so huge nobody’s going to pay it.

Disinvestment is an end run around the painfully slow UN process. “The fossil fuel industry is a rogue industry,” McKibben said. “We stand to emit five times as much CO2 as even the most conservative government says is safe. The fuel will definitely be burned unless we change the story line. Here's some video on that:

McKibben’s reference points are Big Tobacco (which hasn’t lost the war yet, but is sure losing on points), and the successful college-based divestment campaign over investment in apartheid South Africa. “This is a different kind of animal, but it’s about an industry that is behaving recklessly and irresponsibly and deserves to lose its mandate.”

It could be worse. The Bush/Cheney energy plan called for a whopping 200 coal-fired power plants to be constructed in the U.S. The reality is that 170 of those have been blocked, though there are still 1,274 of them operating.

In an article for the Huffington Post, Christian Parenti claimed that a carbon tax would be a better way to go after Big Oil, since the petroleum interests aren’t really dependent on making money in the stock market. But McKibben says that misses the point—the goal isn’t to bankrupt ExxonMobil, but to weaken it politically. It’s a battle for hearts and minds as much as an oil company’s bottom line. “Exxon will pay a premium,” he says. “It will begin to have an effect on them.”

We now face a glut of oil discoveries, plus big supplies from unconventional sources such as Canadian tar sands. Natural gas, cleaner than oil but still a fossil fuel, is available in unprecedented abundance (thanks to hydraulic fracking). Peak oil, it’s not happening. “If only we were so lucky as to run out of oil,” McKibben says. “We have to actually restrain ourselves.”

The big hurdle here is that people don’t exactly have a sterling reputation when it comes to restraint—for our planet or anything else. But as McKibben can tell you, this time it’s fundamentally different—we’re fighting for the survival of the Earth as a livable habitat.

'Fossil Free' Campaign By 350.org's Bill McKibben Aims To Convince Colleges Not To Invest In Oil
Celebs Against Keystone 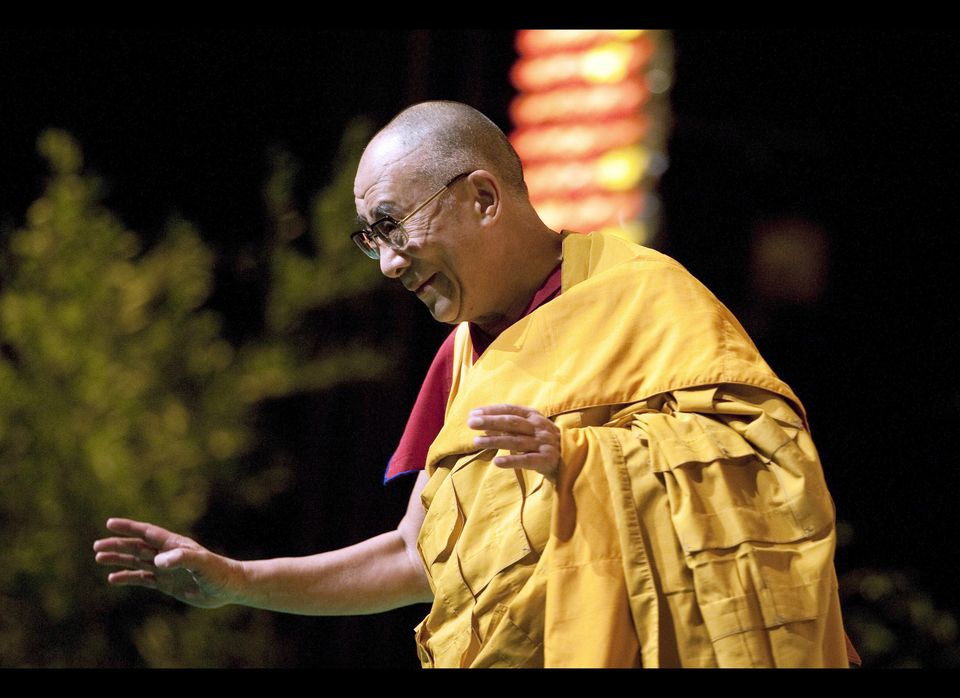