WASHINGTON – Over the past five years, the Obama administration has repeatedly called for cutting fossil fuel subsidies in the form of tax breaks and other incentives. But the amount of money the federal government forfeits through subsidies has increased steadily over that time period, reaching $18.5 billion last year, according to a new report from the environmental group Oil Change International.

The Oil Change report includes a variety of subsidies in its accounting, including tax breaks, incentives for production on federal lands (such as royalty fees that haven't been adjusted in 25 years) and tax deductions for clean-up costs. And if state subsidies for oil, gas and coal production are also included, the total value climbs to $21.6 billion for 2013. Here's how that breaks down: 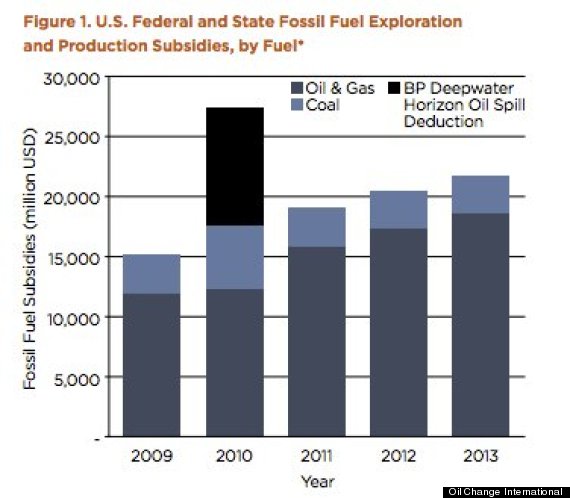 But Congress so far hasn't acted to cut the subsidies. The report argues that as long as those incentives remain in place, the federal government is "essentially rewarding companies for accelerating climate change."