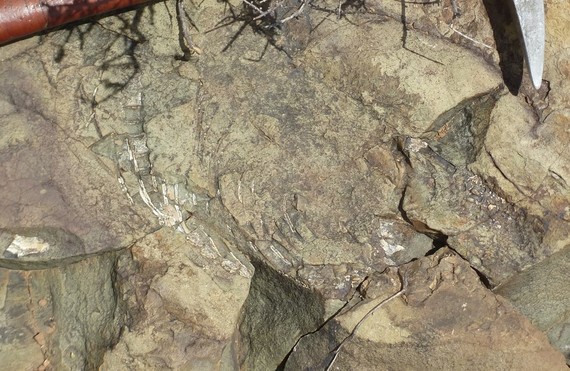 Julien Benoit, University of the Witwatersrand

The history of science abounds with stories about discoveries made by chance. One of the most famous cases, involves French physicist Antoine Henri Becquerel, who accidentally discovered radioactivity by leaving a piece of granite on photographic paper in a drawer of his desk. Another, is the story of Scottish biologist Alexander Fleming, who forgot his bacterial cultures at home when he went on holiday. They rotted - and Fleming discovered penicillin.

These charming stories showcase science's most human aspect: men and women who make lucky mistakes that can save lives or change the world. Even scientists are happy to believe these tales, though they don't do much justice to our colleagues' expertise.

But is this really the way science works? Can anybody, scientist or not, rely on luck to make important discoveries? My own "lucky strike" as a palaeontologist - finding a nearly complete fossil of a pre-mammalian ancestor - helped me to understand that good science isn't rooted in chance. It's based on people with expertise being in the right place at the right time, equipped with enough knowledge to know what they're looking at.

My moment of "luck" occurred in South Africa's Karoo in 2015. I'd been invited to join an international team of palaeontologists led by Professor Bruce Rubidge and Dr Michael Day from the University of the Witwatersrand in Johannesburg. We came from Europe, South America and Africa to look for the fossils of pre-mammalian therapsids, which date back around 260 million years.

The Karoo is a semi-arid desert mostly populated by sheep and thorny bushes that covers a huge swathe of South Africa between Johannesburg and Cape Town. Hundreds of millions of years ago it was covered with lakes, rivers, dense primeval vegetation. Large reptile-like beasts roamed this landscape.

On the day in question we were fossil hunting between the towns of Sutherland and Fraserburg. There were rich pickings: Bruce and Michael had identified an area filled with fossil remains. So, we were in the right place. And, crucially, my shoes were totally wrong for the Karoo. Between the thorns and the heat, the plastic of my shoes had melted and their toes had been ripped open by thorns.

So I sat down on an outcrop of sandstone that formed a natural bench, putting my backpack down next to me. A brief burst of rain brought a bunch of critters out from their hiding places to drink; an astonishing spectacle. When the sun returned, I felt ready to carry on. I picked up my backpack - and saw the beautiful, nearly complete fossilised therapsid skeleton it had been covering.

It was 30cm long and in great condition, and it has been right next to me, under my backpack all the time ! I couldn't contain my enthusiasm, exclaiming, "How lucky am I?". And that's when I started thinking about "luck" in the context of scientific discovery. Was I that lucky after all?

Bruce and Michael, two experts in their field, had chosen our prospecting spot carefully based on what they knew. They had sent out a complete team of palaeontologists who knew what to look for. This doesn't look like luck to me: it was probability in action.

This is the very essence of what we call serendipity: the art of creating the good intellectual, scientific and experimental context for a "fortuitous" discovery to happen. Fleming may well have discovered penicillin by chance, but the conditions were right because he had all the equipment and specimens he needed.

Becquerel would never have realised what he'd found if he hadn't been carefully studying natural fluorescence. His existing knowledge allowed him to recognise a major discovery.

Maybe I discovered this skeleton by chance - or perhaps I found it because that was what we were looking for, in the right place and with the right people.

My humble fossil was certainly far from the level of Fleming and Becquerel's discoveries. But it offered a valuable reminder that pure luck can't account for scientific breakthroughs. Hours of work, and countless people and money are invested to create the right opportunity for discoveries to happen. Serendipity happens when scientists create their own luck.

Julien Benoit, Postdoc in Vertebrate Palaeontology, University of the Witwatersrand