The Queensland Government, last week announced that it would remove discrimination to allow same sex couples to adopt. This move would also see it align itself with other Australian States, Territories and broader contemporary views.

As an adoptee, I sit on the State Governments Post Adoption Stakeholders’ group and as such I participated in the review of the operation of the Adoption Act 2009. Furthermore, I submitted a personal submission in my capacity as an adoptee. In both instances, I supported the removal of the discrimination which had previously stopped same-sex couples from being able to adopt. However, in doing so I knew it was putting my and other adoptees pursuit of equality at a greater disadvantage and this had left me in a state of turmoil.

I had to in good conscience support the removal of discrimination. I see no reason why anyone in my broader family who identifies as LGBTQIA should be denied equal rights. Yet the question remains, how can achieving equality for one group come at the expense of another? Is this consistent with the principles of equality? When typing this emotive word into Google you get access to a plethora of webpages advancing equality. The dictionary defines it simply as “the state of being equal, especially in status, rights, or opportunities”. However, there is nothing simple about it.

In a recent article, the National spokeswoman of Parents and Friends of Lesbians and Gays, Shelley Argent, was quoted as saying, in response to the announcement, “fantastic” move would benefit entire families. “It is something that from a grandparent’s perspective, that we will now know that our grandchildren will have emotional stability, they will feel part of the family officially and as grandparents and we will feel the same,” she said. “It will also mean, which I think is a very good thing for the child, who will know that, if something happens to their birth parents, they will not be taken away from the parent that has adopted them.”

Ironically, the very argument that Shelley Argent is advancing in this article, is the same one that we adoptee activists are positing in terms of children in foster care (out-of-home care). To be clear, my concerns are centred on the broader argument with respect to the adoption of children from out-of-home care. I think as a country we need to be asking ourselves, if it is necessary to sever a child’s legal connection to their broader family of origin (birth family)? I question this. I along with other adoptees believe that this conflation of adoption with child protection is erroneous.

William, from the Australian Adoptee Rights Action Group, concludes that “Adoption is the legal severing of that child/adult and their future generations from their family tree. It is the issuing of another birth certificate to say that genetic strangers are their mother and father”.  There are many reasons why families can’t care for their children for one reason or another, for the child to be outside of the natural parent family unit for part or all of their lives. The way to get it right is to fundamentally rethink how to provide safe homes to all children. “We believe the ideal approach to a stranger care non biological model is one of Stewardship where the child’s welfare is paramount and the personal history transparent. “Stewardship is the responsible overseeing and protection of someone considered worth caring for and preserving”. As a concept we believe Stewardship to be a modern, realistic framework for moderating the lasting impact of detachment and grief while providing the child with an honest, happy and fulfilling life. We believe adoption is one of the most damaging forms of care, to cut and traumatise a child from their flesh and blood parents, siblings, grandparents, cousins, it’s heritage and Identity”

Do I contend that adoption should never happen from out-of-home care? I  am cautious about binary arguments or absolutes and I understand that there are shades of grey. However, it’s a conversation that this country needs to have especially given that the discourse is changing. That is, some argue that adoption solves the crisis of children in out-of-home care. However, I posit that this is erroneous for too many reasons to discuss here. With this in mind, a recent article discusses this with links to a substantiative review on foster care vs adoption for children in out-of-home care which found very little difference.

Researchers Cuthbert and Fronek have written numerous papers on intercountry adoption which highlight the structural inequalities that underscore it. This argument is transferable to the Australian context. Some state Governments have made no secret of their desire to fast track adoptions for children in out-of-home care. Adoption of children in out-of-home care arguably privileges one group over another especially given the lack of appropriately funded early intervention services.   Some commentators are worried that we are heralding in another generation of displaced children and I echo this.

This article by journalist Bryan Seymour ( who was a child in care) also contributes to the discussion.  Shifting an emphasis on adoption flies in the very face of learning from past mistakes “they’re called the Stolen Generation, Forgotten Australians and the Victims of Forced Adoption. Our federal and state governments have apologised to the countless thousands of children and families who were devastated by these practices. There are far, far more of them than there are children in care today”.

So whilst I supported the removal of the discrimination against same sex couples to adopt, I believe we need to shine a light on the adoption discourse for children in out-of-home care. In our drive for equality, we have to try and ensure that this does not come at the expense of another marginalised or minority group. Safeguarding a childs’ safety should not be contingent on the issuing of false birth certificates, severing of all legal ties to their family of origin (which extends past their immediate parents) and identity change as adoption frequently entails.

Foster Care vs Adoption: Where Equality For One Minority Group Equals Despair For Another
This 5-Year-Old Got A Magical Disney Surprise At Her Adoption Hearing 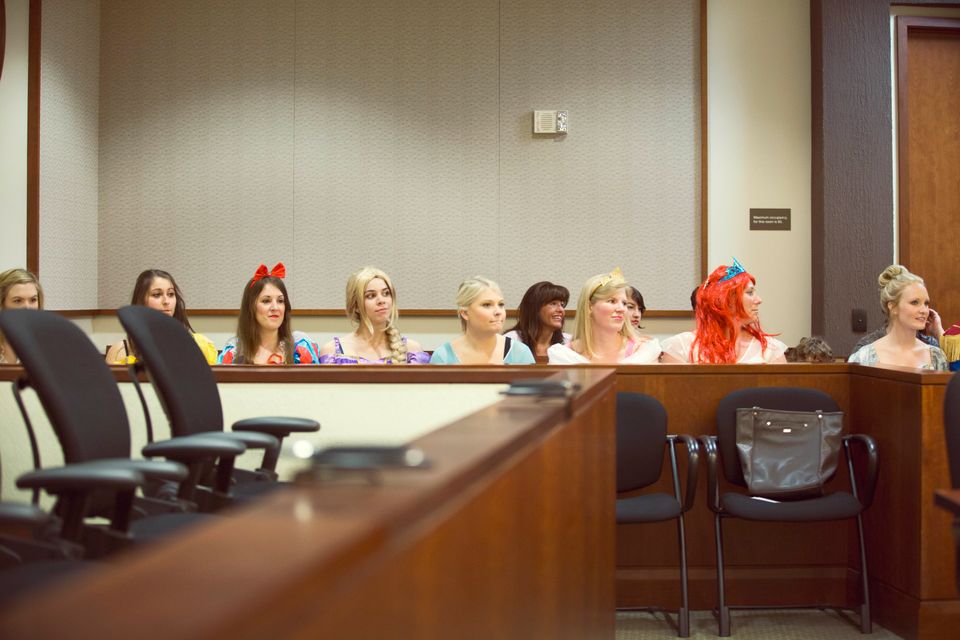