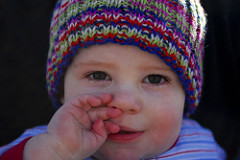 I cannot ignore the fact that I started my life in a foster home. I was given up, but then and now, some children are not "surrendered" but are instead taken away by the government because the parent is deemed unfit to raise the child--due to substance abuse, financial, mental and emotional reasons, etc. Foster care laws vary from state to state. [Photo Courtesy of M & R Glasgow}

Statistics Prove the Need
The national statistics on children that are (as they're called) alumni of the foster system opened my eyes. The data are dark-of-night-depressing: A female former foster care youth is 10 times more likely to commit a crime than the general population. Male: 4 times. (Surprising, right?) Foster youth have 7 times the rate of drug dependence and 2 times the rate of alcohol dependence. They are less likely to graduate high school or college, more likely to be homeless, and 5 times as likely to suffer PTSD (Post Traumatic Stress Syndrome -- like folks after a war!)

The foster care data at the macro level are depressing enough. The stories at the micro, personal level make me squirm with sorrow on the one hand, but with awe and gratefulness on the other -- by the bullet I somehow dodged by being adopted.

One such negative saga is that of Shenandoah Chefalo in her memoir, Garbage Bag Suitcase. In a nutshell, the family she was born into was so abusive and neglectful that she actually sought refuge in a foster home at the age of 13.

For Shenandoah, the foster home was worse.

Two Sides to Every Coin
I was all set to ramp out the statistics and stomp the foster care system. It's broken, to be sure. But most systems are broken. There's also another side: I interviewed Elyse Gordon, who has been employed by the licensed private (as opposed to public county agencies) Foster Family Agency (FFA) in California for 33 years. Per the FFA program, Ms. Gordon takes in newborn babies whose tiny unprepared bodies are addicted to drugs through the umbilical cord from their moms. Sometimes, she swaddles these babies tightly without stopping for up to four days in a row as they struggle against the physically wrenching DTs (delirium tremens) -- the shakes and pain accompanying a cold turkey withdrawal from drugs. It's not a fight the babies understand, nor is it their fault. Dang.

I asked Elyse how she does it, why she does it. "Because I give them a better start. I know I help them. I love kids. I plump them up and give them a chance." It's a labor of love, to be sure. The California state stipend barely covers her expenses, and she knows the caseworkers are stretched, too. Every child (or children in a single family) is assigned one caseworker. But every caseworker has lots of kids to handle.

The Other Side of the Coin
Back to Shenandoah's case against the foster care system. In her memoir, she slams the system. Her foster parents took her money, and neglected her. She has a statistic that points to two of every five children in foster homes as being abused or neglected. The statistic does not apply only to foster kids. Abuse happens in the nicest families, as they say. The difference is that supposedly, the foster system should investigate and "approve" the foster parents. It's a challenge, though, because government budgets are tight. But children should come above other line items, right? Easier said than done.

In fact, while Ms. Gordon's certification took seven months and while caseworkers still conduct monthly visits for her foster babies, the greater system failed 13-year-old Shenandoah Chefalo. It was only because some caring teachers at her school saved her from the shorter-term effects of abuse and neglect that she made it through. The longer-term scars remain. Somehow, though, Shenandoah managed to become one of the 1% of foster care kids to graduate from college (compared to 59% for the general population according to the National Center for Education Statistics).

Thick studies have reported on foster children, adopted children, homeless, addicted, and abused children. There's no lack of research. No dearth of statistics. It's all been needed. But we still have 400,000 foster kids with crappy life indicators.

Partial Answers
Elyse Gordon loves what she does. She is helping. She suffers with her foster babies as they are weaned off their addictions. However, the babies are usually developmentally delayed because of the drugs--some more than others. While Ms. Gordon keeps the babies from 15-22 months on average, she eventually must send the infants on to the next phase, but confident they are better for having been in her care.

Shenandoah cites boarding schools as an answer. Although there are hundreds of boarding schools, there are not enough, nor is there enough money to house the 400,000 foster kids. The schools are expensive to run, and most are continually chasing funding. Shenandoah also reports that fostering entire families could prevent kids from being torn from their homes, and at the same time, help the struggling parents to be... better parents.

Hope
Most importantly, how do kids overcome the foster-child "branding"? Shenandoah cites indelible tattoos on her psyche that include loneliness, lack of trust, eating and spending disorders. Taken as a group, foster kids suffer lousy life statistics.

How did Shenandoah overcome the assault? You can ask her. Go to her website. Have her come talk to you, your group, your children, your schools. Or interview her on your radio show. I'd say it's a couple of things, but I'm absolutely sure after reading her book that one of them was grit. The other was luck. She was very lucky.

We can all use a little more of both.

If you're interested in checking it out, there are tons of ways to help. Type in "Foster Care Help" in your browser search box. I obtained 37,100,00 results. There should be something that you and I can do.