This week, leaders from more than 190 nations are discussing the future of the world's cities as part of Habitat III, the United Nations Conference on Housing and Sustainable Urban Development in Quito, Ecuador. While conversations will focus on many issues surrounding the rapid urbanization of our planet, none are as important as clearly defining a path that will lead us closer to a sustainable and equitable urban future.

And it's a huge challenge. We need to look no further Quito's doorstep to grasp the scope and scale of what's before us. In Latin America and the Caribbean (LAC), more than 80% of people live in urban areas and that is expected to increase to 90% by 2025. These changes will make the LAC the most urbanized developing region in the world. 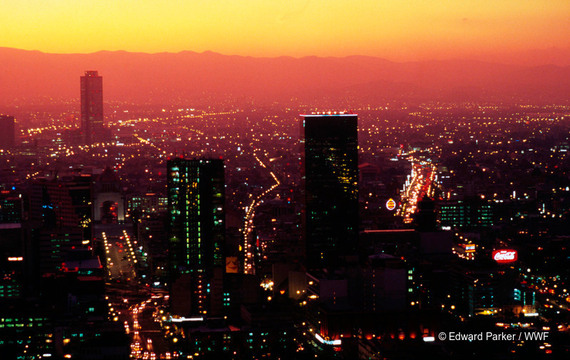 In addressing this rapid urbanization, leaders must also focus on societal changes taking place at the same time. Like income inequality. LAC has improved its distribution of wealth in recent years, but is still the most unequal region in the world in terms of opportunities, with over 70% of its cities facing significant levels of inequality.

And safety. LAC cities are considered the most insecure and violent in the world. With high rates of urban violence, it includes 9 of the top 10 most violent cities in the world, as of 2015.

As if that is not enough, the effects of climate change are omnipresent in all urban spheres. About 70% of the region's population lives in coastal urban areas that are vulnerable to climate impacts. Many of which have experienced significant growth in recent years, expanding beyond their original plans, putting them at an elevated risk to environmental conditions such as flooding and pollution. With most energy supplied by hydropower, cities are also affected by the weather patterns, especially lack of rain. And, efficient and clean public transport is still emerging in most of the region.

But today's challenges also represent tomorrow's opportunities. As a region, we are aware of these problems and are working to solve them. Together, with leading municipalities, civil society organizations, movements, and the corporate sector, we can develop innovative solutions that respond not only to the short-term needs, but improve over time. Integration with the SDGs and the Paris climate agreement will be key to reducing the ecological footprint of the region and the world.

Those regional leaders are emerging, as a growing number of cities are facing these challenges head-on. About fifty cities participating in the IDB Emerging and Sustainable Cities Initiative recognize the challenges and obstacles to growing sustainably. Twenty-five have joined to the CAF Cities with Future Initiative, striving to be more sustainable, competitive, inclusive and efficient, to improve the quality of life of its inhabitants. And, another twenty have participated in the WWF City Challenge, showing how their actions around sustainable transportation, clean energy production, public lighting, waste management, recycling and other innovative practices can reduce emissions and mitigate the effects of climate change.

While the challenges impacting the future of our cities are diverse, the solutions lie in the sustainable proposals supported and developed by a broad array of stakeholders interested in the region's future. This is why the New Urban Agenda (NUA), which will be signed by UN Member States this week, can guide the policies and actions over the next two decades. With so much at stake, it's critical that this agreement incorporate environmental components with greater prominence, considering its fundamental role to achieving the sustainable development of cities.

The cities of Latin America and the Caribbean greatly benefit from the goods and services provided by nature. Their dynamism is not given only by mega infrastructure projects, but also by the access to these services, such as clean drinking water, public spaces with cleaner air, decent transport, renewable energy, social inclusion and participation, and urban proposals designed to achieve a better quality of life.

Delegates to Habitat III will play a large role in the long-term sustainability of our urban centers. But for the NUA to materialize into action, we will also need political will from local governments, investments from the corporate sector, the vision of civil society organizations and the mobilization and promotion capacity of citizen action. As these actions come together in an articulate and complimentary way, we will be giving our cities an incredible opportunity to jointly build a viable and sustainable future.