The organizers of a Christmas event that took place this past Sunday in St. Ives, England, are apologizing for the behavior of the Santa Claus they hired.

It seems this Santa got a little naughty with his language while trying to do a nice thing: evacuate people from what he thought was a burning building.

At some point during the Father Christmas Grotto event, smoke machines from a separate event being held one floor below caused the fire alarm to go off.

The man hired to be Santa reportedly immediately ripped off his hat and beard and told the crowd of around 50 people to “get the fuck out!” according to Cambridgeshire Live.

Although Claus’ directive was a sensible thing to do when there is a fire, his coarse language left some parent fuming.

“People were in the process of vacating the building and in came angry Santa swearing using the most vile language, ripping off his hat and beard with steam literally coming from his ears, not too sure why he was so cross?” one parent told the Sun. “He was shouting at people to leave, which is exactly what we were doing. Very strange behavior.”

But one parent, Sharon Bavister, came to Santa’s defense.

“Surely evacuating the children was his main priority,” she told the paper. “Yes it was probably the smoke machine but imagine if it wasn’t?”

The organizers, Festival Events St Ives, or FESt, used that line in their own apology:

“Last Sunday during a family rave event (not a FESt event) in the Corn Exchange, St Ives, the fire alarms were activated by smoke in the Charter Hall.

“Santa was upstairs in his grotto, an event organised by Festival Events St Ives (a voluntary organisation) and immediately assisted in the evacuation of the building.

“FESt wish to apologise for any offence or distress caused to parents and children by the attempts to ensure all visitors and staff had exited the building and were safe.”

Organizers will hold the same event this weekend. HuffPost reached out to see if the same Santa would be on the job, but the message was not immediately returned.

Santa Horrifies Parents In England By Yelling 'Get The F**k Out!' At Event
World Santa Claus Congress 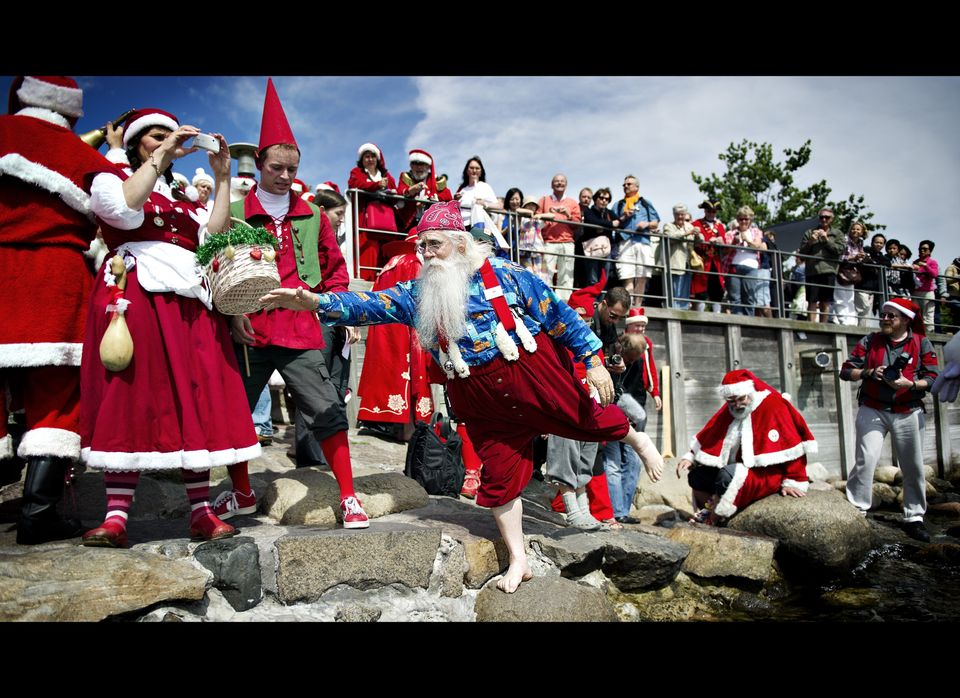