Fountain House Gallery's recent Mad About Art event was a smash. This annual art auction and benefit is a perennial favorite on my calendar, and I was delighted to be among the nearly 400 guests who gathered at Metropolitan West to support the Gallery, New York City's premier venue representing artists living with mental illness. 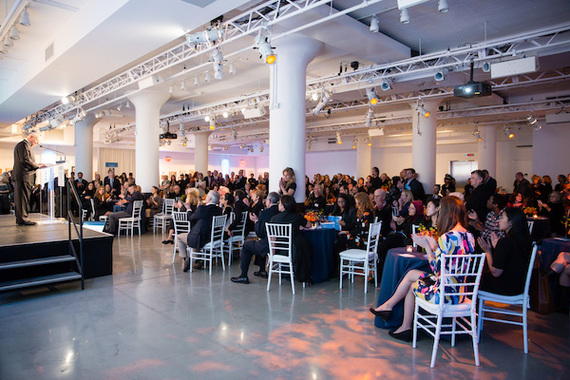 More than 100 original artworks by 50 Fountain House Gallery artists were presented in a novel way -- divided among four separate "galleries," each curated by an art-world luminary. 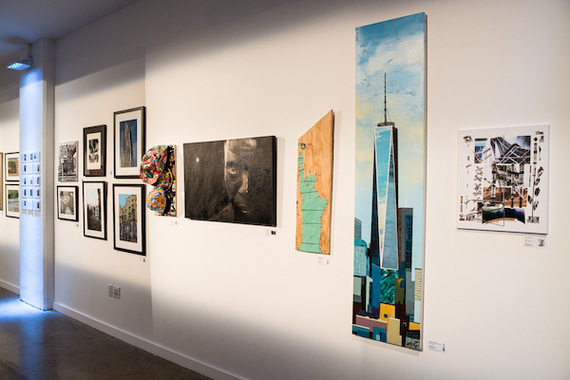 One of the four "galleries" at Mad About Art.
Photo: Leslie Barbaro Photography/Fountain House.

I found it fascinating and illuminating to view the spectacular array of artworks through the prism of these four experts' eyes. Each gallery provided an elegant island of intimacy within the vast space of the venue.

The event theme was "A Passport to Inspiration." Setting the mood was an "around the world" mural made on-site expressly for this night by Fountain House Gallery spray-paint wizard Osvaldo Cruz. The menu featured delectable international specialties, and the vintage flight attendants' caps sported by volunteers brought to mind the era when air travel was a glamorous affair. 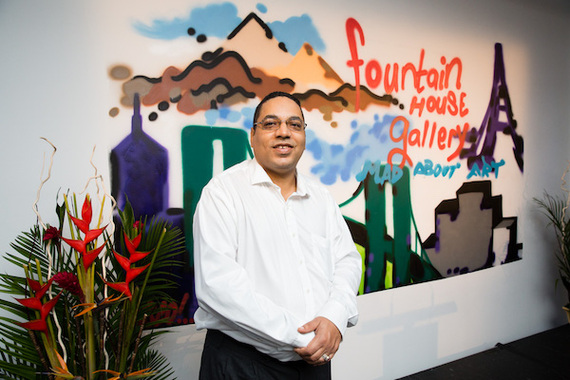 One such member-artist is the exuberant Ariella Kadosh, who held the audience rapt with compelling remarks recounting her journey from hospitalization to Fountain House and the Gallery, where she has become a successful artist whose works are regularly acquired by collectors. (Ariella's whimsical "passport stamps" art image adorned the event invitation and exhibition catalogue.) 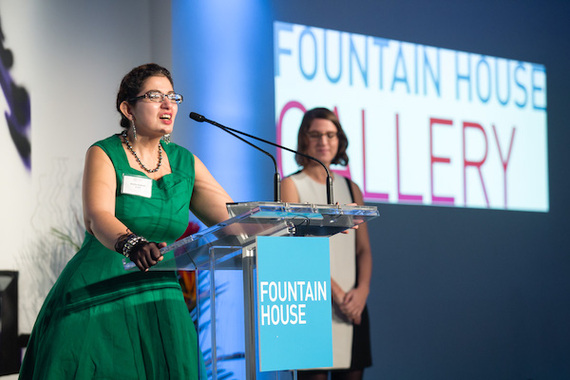 A long-held dream of the artists of Fountain House Gallery is to secure a studio space in which to create and collaborate. (Many of these talented people, who range in experience from highly trained to self-taught, have for years worked within the confines of their living spaces.) With this goal in mind, Gallery Director Ariel Willmott presided over a "Paddle Raise" (no need for actual "paddles"; guests posted donations via their smartphones).

The energy in the room went through the roof as the figures appearing on a large screen climbed past $30,000. These funds will be used to lay the foundation for the development of a studio project. I hope to report in the not too distant future that this dream has become a reality. 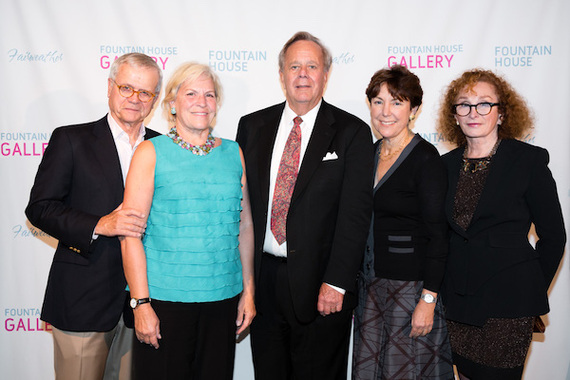 Honorees John Casaly and Louise Parent were recognized for their contributions to the arts and to improving the lives of people with mental illness. John was a longtime member of the Fountain House Board, and many of his fellow Board members were in attendance to celebrate his many years of service. Louise is former Executive Vice President and General Counsel of American Express. 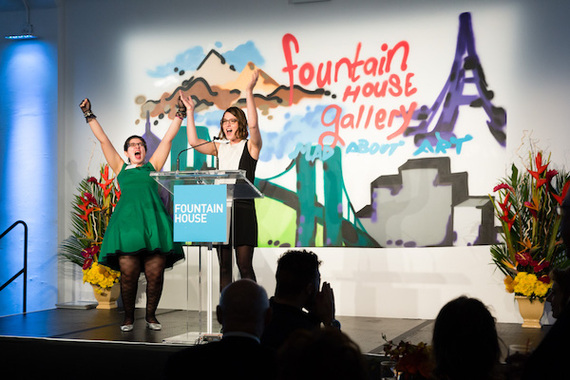 The Esther Montanez Leadership Award, established in memory of Fountain House Gallery's Founding Director, was presented to Francis J. Greenburger, Founder and CEO of the international real estate firm Time Equities Inc., for his commitment to the arts and to making our society more humane toward people with mental illness.

Through his work at OMI International Arts Center, Francis has created a community of creative exchange for artists from all over the world and from different socioeconomic backgrounds. At The Greenburger Center for Social and Criminal Justice, he is leading an effort to reform the prison system.

I chatted with Francis, John, and Louise after the program about the intersection between art and social justice. We also spoke about the importance of Fountain House to the New York City community and I told them how important it is for me personally to support the organization through the J. Luce Foundation. 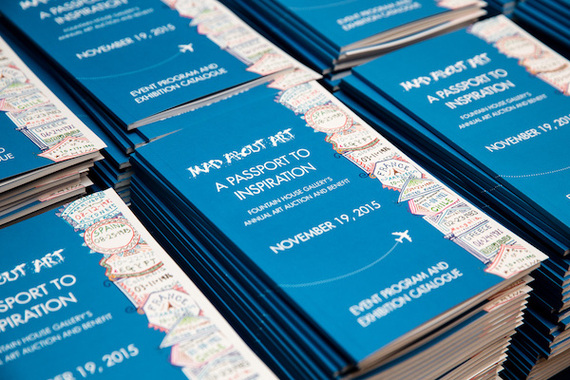 It was thrilling to hear that the event's fundraising goal had been surpassed. The supporters of Fountain House Gallery are dedicated -- and passionate about trumpeting the talents of this band of gifted artists, whose impressive work presents a potent challenge to the stigma that often surrounds mental illness. The Event Chairs who worked diligently to ensure the success of Mad About Art were: Eric Fischl, Carmel and Brett Fromson, Dario Gristina, William Louis-Dreyfus, Miani Johnson, Frank Maresca, and Harriet Sawyer. 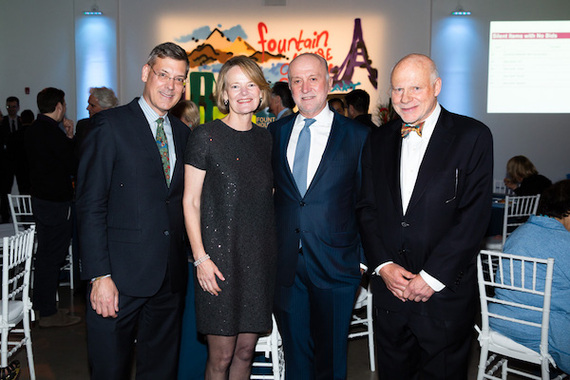 Just the other night I stopped by Fountain House Gallery's home base, in operation since 2000 at 702 Ninth Avenue, to take in the crowd-pleasing "Small Works: $100 & Under" (on tap through December 23). First on the Gallery's 2016 agenda: "One Step Beyond," a group exhibition of music-inspired works, slated to open on January 14. If you're not yet familiar with Fountain House Gallery and its artists, I urge you to dive in and visit. You will be inspired by the extraordinary artworks made by this visionary troupe.

Written in collaboration with Camille Tibaldeo.