But what if there's a lot of flies? Like at a sewage treatment plant?

Then, this could happen: 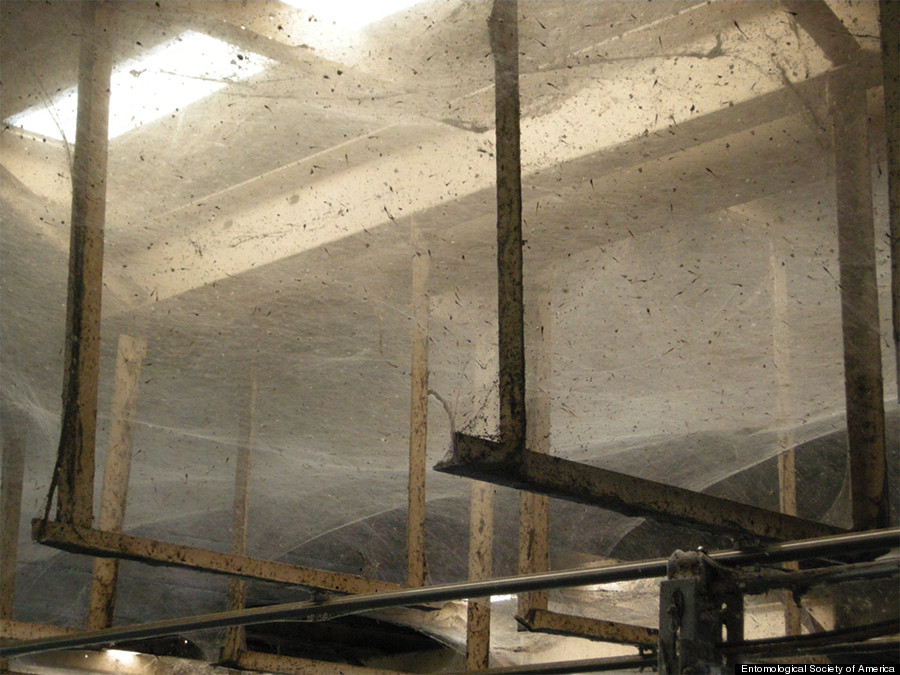 This is a photo of a section of a four-acre web that was found in 2009 at the Baltimore Wastewater Treatment Plant in Maryland. According to Wired, who ran these photos last week, an estimated 107 million orb-weaving spiders of different species assembled a "megaweb" inside one of the plant's buildings.

If you're afraid of spiders, then this web was something out of a nightmare. But a team of scientists who studied the web found it fascinating. In fact, they published a paper about the web:

“We were unprepared for the sheer scale of the spider population and the extraordinary masses of both three dimensional and sheet-like webbing that blanketed much of the facility’s cavernous interior. Far greater in magnitude than any previously recorded aggregation of orb-weavers, the visual impact of the spectacle was nothing less than astonishing.

In places where the plant workers had swept aside the webbing to access equipment, the silk lay piled on the floor in rope-like clumps as thick as a fire hose.”

The web was eventually removed, but these images of it, courtesy of the Entomological Society of America, should sear it into your memory for all time.