It's been a long time coming, but the LGBT community has finally made it clear (#occupotty), in stunning visual images, why the upsurge in extremist "bathroom bills" is absurd. While the focus of the legislation is, and always has been, on trans women in the women's bathrooms, no attention has been paid to the flip side -- trans men, assigned female at birth, being forced into the women's bathrooms. While some cisgender women in those facilities may be uncomfortable with a woman they feel appears too masculine -- and these at times include lesbian and straight cisgender women as well as transgender women -- they need to grapple with these photos, since they are the inevitable consequence of the laws being considered.

The newest bathroom bills began in Canada, and have recently been taken up in (1) Texas which requires karyotyping (chromosome testing) at the bathroom door of a public accommodation and penalties for the owners and managers of said facilities, (2) Florida, with some mysterious test for "biological sex at birth" and similar penalties, both in public accommodations and workplaces, and (3) Kentucky, with similar restrictions in schools. Both Kentucky and Texas would offer significant cash bounties to snitches.

An upbeat assessment of this flurry of bathroom criminalization bills comes from my friend and colleague, Brynn Tannehill, writing in the Huffington Post, where she concludes:

These bathroom bills represent a futile and not particularly well-thought-out side show to where the real point of attack is. Their introduction may be simple grandstanding for the base, fear mongering or sincerely held paranoia, but as public accommodations access becomes settled law these bills will have less and less "pull."

People whose greatest fears in life include transgender people in bathrooms will increasingly be seen for what they are, and the rest of us will be able to just get on with our lives. 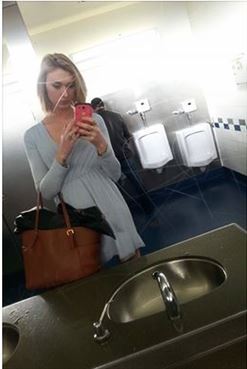 Let's just all grow up, so we can get to this: 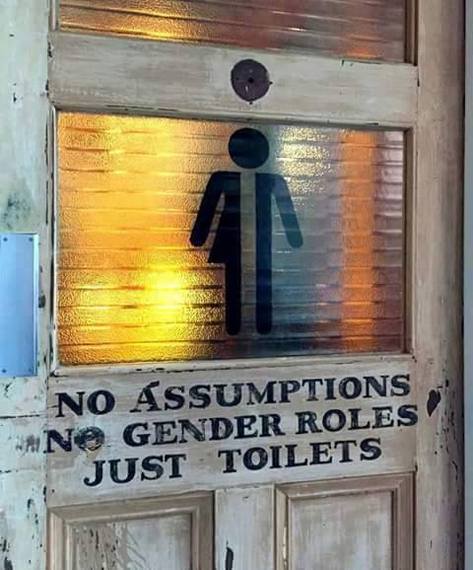