Before it is too late, before you fritter your life away triple screening, take note. Life is short. Reading, real reading takes time, so stop squandering it on Yahoo or Google headlines, weather and social media updates. Use the extra hours you'll gain to read a truly good book. I realize it is a novel and retro idea, but think about it. Become, as a reader, what Flaubert became as a writer.

In a letter to Louise Colet at the time of the composition of Madame Bovary he wrote the following:

"Today, for example, both a man and a woman, a lover and a mistress at the same time, I rode on horseback through a forest beneath the yellow leaves of an autumn afternoon, and I was the horses, the leaves, the wind, the words they spoke, and the red sun which closed their eyelids brimming with love."

Here are some suggestions to get you started. Only one of them, I promise, is self-serving. 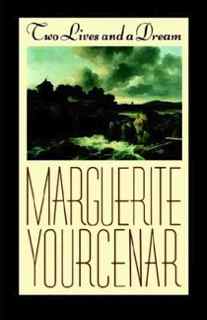 First, one of my very favorites: Anna, Soror..., the short novel / long short story written by Marguerite Yourcenar in 1925 and first published ten years afterward. This beautiful tale of a brother and sister in love with each other in 16th Century Naples is best found in the Yourcenar title, Two Lives and a Dream, published in 1987 by Farrar, Straus and Giroux. Writing from Morocco in 1981 the author wrote the following:

With "Anna, Soror..." I tasted for the first time the ultimate privilege of the novelist, that of losing himself completely in his characters, of letting himself be possessed by them...I lived uninterruptedly within those two bodies and those two souls, slipping from Anna into Miguel and from Miguel into Anna with that indifference to sex which is, I believe, that of all creators in the presence of their creations. 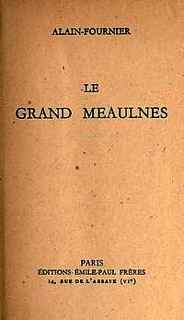 Le Grand Meaulnes, the only novel of Alain-Fournier, published in 1913 shortly before he was killed in WWI. This forgotten masterpiece explores the ever-mysterious rite of passage between adolescence and adulthood. It drips with beauty and romanticism in a dreamy location in rural France. 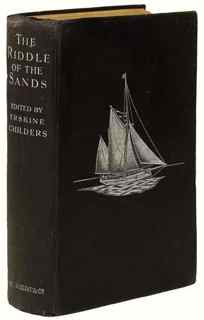 The Riddle of the Sands, by Erskine Childers, published in 1903, is one of the first and is the quintessential spy-adventure novel. It was much-loved and admired by Ian Fleming. John Le Carré reveres it. Ken Follet called it 'the first modern thriller.' I first heard about it in the summer of 1972 at Ginny Gimbel's house in East Hampton at dinner one night when the great American documentary filmmaker D.A. Pennebaker raved about it.

And finally, Emily & Herman: A Literary Romance, published last month by Arcade and written (here is the self-serving part) by yours truly. Let me take you back to the Berkshires and to Manhattan in the summer and fall on 1851, to Downing's Oyster Bar on the Battery, sail with me across Long Island Sound with Melville, Dickinson, Walt Whitman and an escaped slave, accompany me by canoe to the cabin on Lake Warner on the rainy September day when the two icons of American renaissance literature bared their souls to each other.