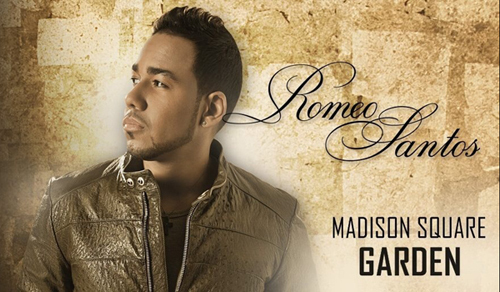 Ten years ago no-one would have bet on a three-night sold out show at Madison Square Garden featuring a fairly unknown and not-so-popular genre: Bachata.

Fast forward now and the New York Times refers to the genre and singer Romeo Santos as,

"Crossing Over, No Translation Needed ... Suave, sweet-voiced singer Romeo is a major star and heartthrob... one of the most prominent Latin singers in the country."

Originally from the Dominican Republic, this somewhat controversial genre has roots in the bars and brothels of Santo Domingo. Bachata has now gained commercial viability after young groups like Aventura and recent collaborations by music giants like Juan Luis Guerra, Maná, Shakira and even Usher, have elevated its relevancy to new levels of cross-over inclusion!

The genre's overwhelming success was certainly made clear during this weekend's sold-out show at the Garden featuring Romeo Santos, also known as the king of Bachata. A concert sold-out within hours of its password protected pre-sale, marks the kick-off of an extensive nationwide tour in support of his solo album "Formula Vol. 1." The album debuted in November with the strongest first week sales of any Latin Album in the last four years. The Album has held the #1 position on Billboard's "Top Latin Albums" chart for TEN weeks and has already produced two consecutive #1 Singles.

So what is Romeo's secret? Besides being a great talent and a lady charmer, there is a lot more science and foresight that comes with his recent success; so much so that it is worthy of a marketing lesson for brands and executives wondering how to 'win' in a recession economy.
Here are four simple marketing lessons from the success and recent sold-out hysteria at Madison Square Garden:

Have you checked with your 'general market' comrades into the partnerships, shows, venues of other sponsored properties available to you? I would bet that there is more than one way to maximize them with relevancy for Latinos, but you need to start by asking the question...

In summary, arts and entertainment--and in this case Romeo Santos-- certainly serve as visible indicators of the latest trends, pop culture and what sticks with our consumers in America. So next time you think of what 'key messaging', promotions, communication approach or talent to choose from, check out the latest music charts, research emerging entertainment trends, and borrow a page or two of their success to make it yours!

Lili Gil is an award-winning business and Hispanic market expert, business, politics and news media contributor and creator of the online show and channel Moments2CulturRise. She is also co-founder and managing partner of XL Alliance a multicultural strategy and marketing firm dedicated to helping business executives and leaders navigate and enter emerging markets. Gil was recently selected by the World Economic Forum as one of only 190 Young Global Leaders identified across 65 countries for her leadership, community and business impact.