Last year, I received a call from Robert Battle, Artistic Director for Alvin Ailey American Dance Theater in New York. He shared with me that the company would be performing at Lincoln Center for the first time in over a decade and asked if I would be willing to create something new for the engagement.

I was excited beyond measure to work with the Ailey dancers again and immediately turned to music for inspiration. I listened to recordings of poet, essayist and recording artist Carl Hancock Rux and began the process of discovering what the work would be. When the offer to create a new work for Ailey presented itself, I thought this would be the perfect opportunity for our first collaboration.

The first song that I settled on was "Lamentations." Carl and I talked and I let him know that Martha Graham created a piece titled "Lamentations," and I would have to discover a different title for this dance.

The next step was coordinating rehearsal periods with the Ailey artistic team. I was given several weeks leading up to the premiere date, but requested a few days in April to work out some ideas with the dancers. I did not want to deal with the pressure of discovering everything in just those few weeks before we would be at the theater. I did develop some material on my company Evidence, so that I could have something when I walked into the studio, but I prefer to create in the studio with the company dancers present.

I was told that the company would be on vacation and that I might be able to have eight dancers at the end of April. I thought...GREAT! I sent a list of 13 people thinking that some might not want to give up their vacation. I was blown away when all 13 were there, and we were able to get out a sketch of the dance that made me feel comfortable about this major opportunity. 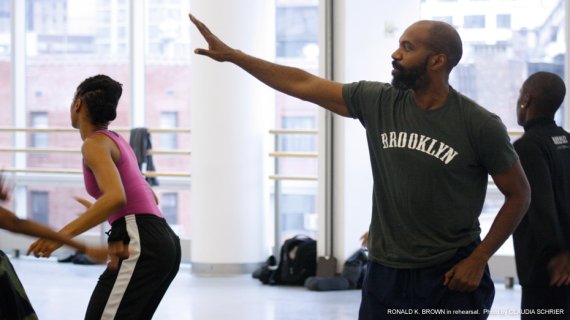 When talking with Carl about Lamentations, a line stood out to me:
"Away they fall
All who stand
At the four corners of the earth
With blades and sheathes"

This led me to religious text and the direction of the dance began to take shape. Choreography, for me, is about physical storytelling and the text serves as inspiration and is not used as a literal narrative.

Images began to settle... Four Corners of the Earth there are angels holding the four winds... A widow grieving for her beloved son...

Some of the texts state that the angels control the winds and will not rest until the people of Israel are free. Another speaks of a beautiful rich woman who has everything and is now a widow and is burdened with grief unimaginable.

The idea that there are angels above and on earth that are working hard to bring peace, solace and freedom has given me enough fuel to create "Four Corners" and I'm excited about the shape the work is taking on the 11 dancers. 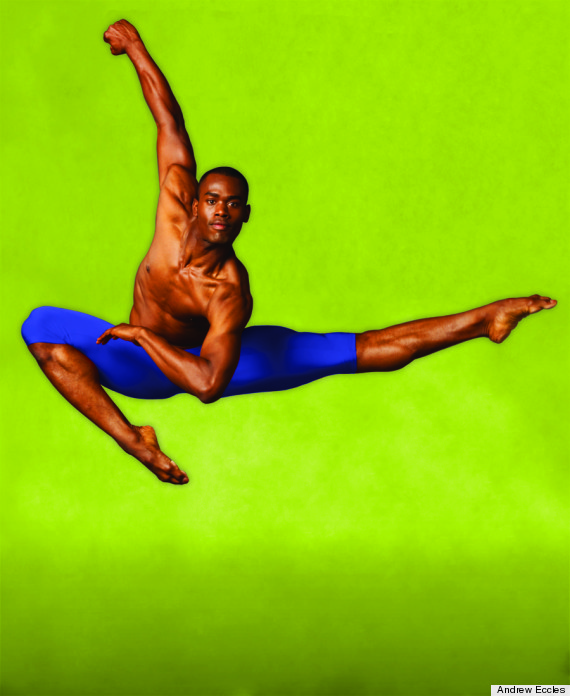 The physical journey of the piece has come as images in response to the music as it often does in my work. The middle section of the work is the most complicated in terms of music and story so it is perfect that we have the bulk of the time to focus on these sections as the dancers embody the story and music, more and more deeply, leading up to the premiere on June 12.

The piece opens with a man (then all of the men) who enters with a heavy heart with a sense of pleading and being lost. The women enter to offer solace and then there is a statement that hopefully illustrates the struggle that have placed everyone in their current state -- a shared state.

The physical journey needed a healing passage and I discovered a lullaby to mothers by Yacoub which then became the fourth and fifth sections of the dance.

While we are still in the midst of the creative process, the Ailey dancers and I are working pretty fast and we have almost completed four of the five sections with 30 more rehearsal hours left, so I feel as though we are in a good place.

I'm really looking forward to sharing Four Corners with the audience and am grateful for the opportunity to work with the amazing Ailey dancers again, along with other wonderful artists like Carl Hancock Rux and my longtime costume design collaborator Omotayo "Wunmi" Olaiya.