Four galleries in San Francisco have teamed up and given curatorial freedom and unlimited access to their racks to four artists tasked to create one four-part group exhibition. This superb mega-show is called: "They Knew What They Wanted". And it's a rare change-up to the typically less inspiring multi-artist shows that occupy gallery space during this, the art world's slow season. It's also helping to bring together the city's ever burgeoning art scene.

Roughly a year ago, Jeffrey Fraenkel, owner of his eponymous and highly regarded photography gallery, dreamed up the idea of a collaborative summer project involving other galleries. He teamed up with internationally renown Berggruen Gallery and two newer, highly contemporary galleries, Ratio 3 and Altman Siegel and developed "They Knew What They Wanted." The show spans all four spaces. Each gallery's part is curated by one of their own artists -- Robert Bechtle for Berggruen, Katy Grannan for Fraenkel, Jordan Kantor for Ratio 3, and Shannon Ebner (the only non-SF artist; she's from L.A.) for Altman Siegel. 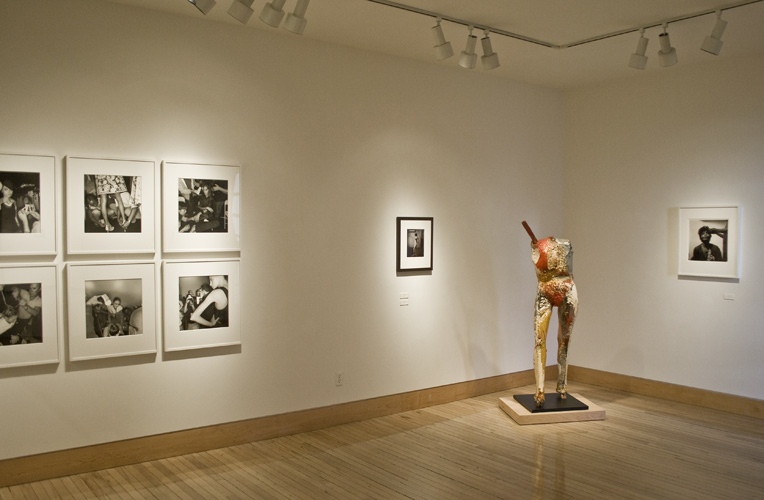 "This truly was a collaborative effort," says Frish Brandt, director of Fraenkel. She also notes that this was a case study in gallery cross-pollination, as a means to strengthen the area's visual art community and relationships among galleries. Quoting a favorite borrowed phrase, she says, "I've always said, 'It takes a village.'" So successful has this project been, both from a planning as well as a results standpoint, Brandt notes that there is interest in future collaborations.

I'll admit, when I first learned about this show, I thought it might suffer from being gimmicky, too hip and clever. I was wrong. After I saw the first show, I couldn't wait to see the second. My enthusiasm only increased as I made my way to galleries three and four. One of the original show titles was something along the lines of "Treasure Hunt." While I'm happy that got nixed, it does rightly point to the searching, journey, discovery elements of this project. 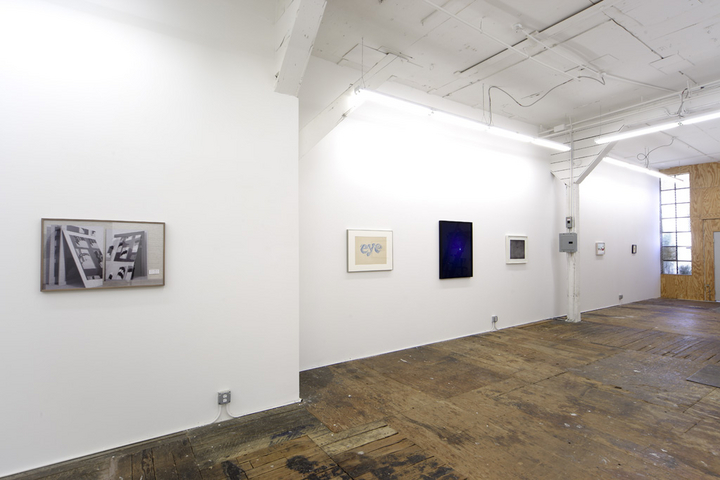 The installments are further enhanced by unique curating, expressing the individual personalities or creative investigations of the artists. "It's as much about the artists as it is about the shows," observes Brandt. We're also reminded the role curating plays in how art is perceived; new context provides a fresh take -- the experience of an artwork is always partially a product of the environment. "Everything has its absolute right place in relationship to itself and the work that it is in proximity to," says Ebner on this subject. "Each artwork possesses a universe and so determining where it belongs in relationship to all of the other universes around it is a very satisfying problem."

So, puzzling through the curatorial dynamic of each show presents another layer of pleasures. At Freankel, Grannan presents clumps of coherence that play off each other in strangely humorous ways. "It's ineffable," observes Brandt about Grannan's chapter. "It has a certain energy - -messy and chaotic." An energy akin to that of the subjects in the photographs Grannan makes. Similar rhythm can be found in Kantor's contribution. He started with key works and built small groups around each. The show holds together with a subtle narrative that one feels rather than tells; Kantor attributes that cohesion to the fact that all of the works were ones that appeal to his taste. More directly emulating his artistic style, Bechtle's show features almost exclusively landscape, many depicting everyday life. "I included many artists who I admire," he says, "and added others I wasn't familiar with." Much of the curating process was intuitive, by the seat of his pants, he says. 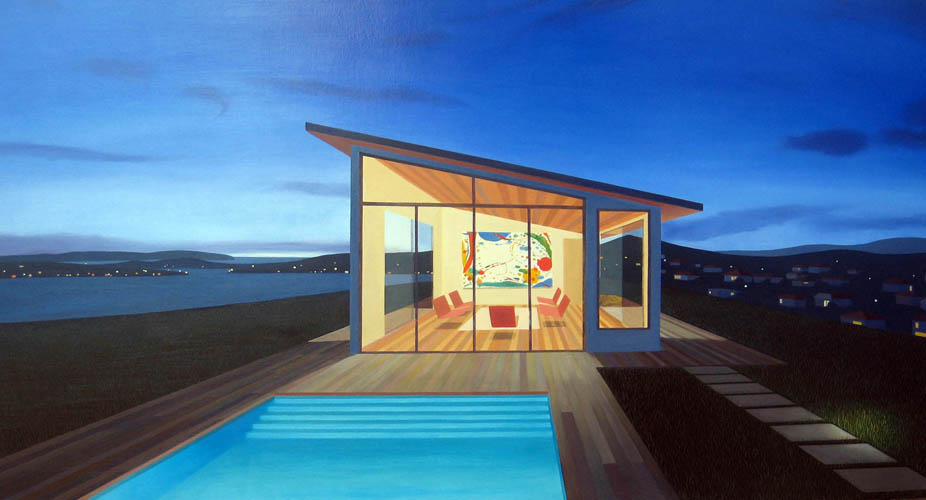 Ebner's creation has the feel of a singular installation. "I did not really set out with too much criteria," she explains, "but more of a vague sense that I wanted the works selected for the show to possess a kind of quality or affect.

"I was looking to see if there are ways to select and juxtapose artworks so that what they mean or say or do as a fixed identity is constantly being called into question," Ebner continues. "A good example of this might be Iran's water glass [Iran Do Espirito Santo's Water Glass 2] and how, because it is a solid form made of crystal, it creates the illusion that it is a liquid, a glass always full. When you take a liquid and make it a solid, but still have it appear as what we expect it to be, you are really asking us to think about all of reality as a series of inquiries and/or doubts." 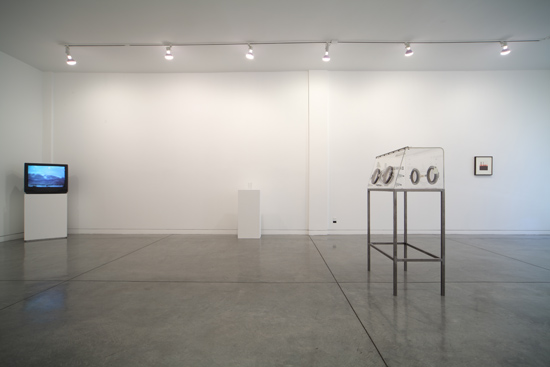 "They Knew What They Wanted" is like great summer reading. Fun, liberating, and with just the right amount of depth and momentum; you not want to stop until you reach the end. It also leaves you hoping that there will be a new release next summer.