The Sahrawis have lived as refugees in exile for nearly 40 years. They are one of the world's oldest refugee groups, but one of the least-known internationally. They fled their homeland in Western Sahara (a former Spanish colony) in 1975, as fighting intensified between the Morocco troops and the opponents of Spanish colonialisation. The Sahrawis have lived in refugee camps in the desert in Tindouf, south-western Algeria, for the last four decades,relying almost entirely on humanitarian assistance of which the EU is one of the major donors. EU-funded projects ensure provision of basic food items, water, hygiene and health assistance.

This week marks the UN International Week of Solidarity with the Peoples of Non-Self-Governing Territories. And these are the voices of four generations of Sahrawians. 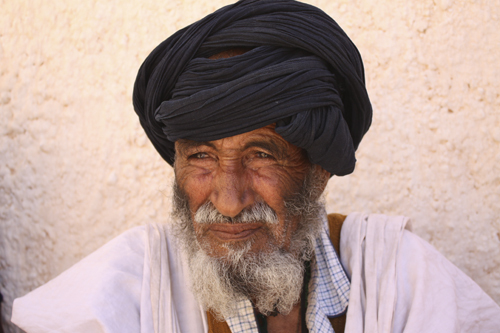 Mohammed has five children and "many many" grandchildren. He lives in Ausserd camp.

"Before I was a shepherd with many animals. But we had to leave our home because of the war, and I had to leave all my animals there. It was a difficult time.

"I prefer life here because there is more security and stability. But I have no animals here in the camp. We cannot afford to keep them. We have no money; just what people give us.

"I used to be in the military, but now I am old. I grew up under Spanish and then Moroccan occupation. "I have lived in the camp half of my life. The hardest thing is there is nothing for us here. We have no food, apart from what we get from organisations, no jobs, nothing to do. Nothing really happens here.

"Back home [in Western Sahara] it was a different climate to here. The more easterly you go, the fresher and cooler it was. It was better then: to have the mountains, the different types of grass and rains, so everything grew so quickly.

"One of my son's here has a shop but the others can only find part time work in construction. It is difficult, but this is what God has given us.

"My advice to the young people here is to follow religion and fight for our land. Until death, I will continue to fight for our land, with all the strength I have. I will fight until death. It's God who decides the future, but I will do my best to go back to my homeland before I die. I prefer to be buried at home and not in a foreign land." 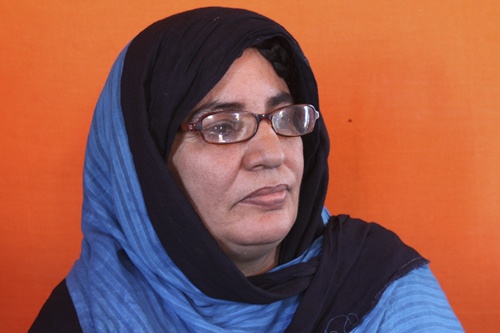 "I came here with four small children with me. My father and husband were not with me; they were both in the army and when the fighting got worse, we had to leave our home. We hid behind trees to avoid the Moroccan army when we were leaving. After five days of hiding, we were taken by the Polisario Front [formed by opponents of Spanish colonization] in a car at night to the liberated territories. We left without any belongings. There was a lot of bombing and many people were dead and wounded. We arrived in Rabouni in October 1975.

"My life now compared to before is very different. We were living under occupation and we had no access to any resources, no freedom of expression; everything was controlled by the occupying power. "It was difficult, but at least you could feel you were on your own land. Here, we are so far away from home and we are refugees.

"It's more difficult here. The climate is very different. Here, we have the strong winds (sirocco), and the very high temperatures in the summer are very cruel.

"The other big difference is how we live. We have very sedentary lives here, before we were very nomadic. "Here, we have created state institutions; people live together. The state is providing education, cultural activities and so on. It has created a new system. We didn't have that over there and that is a big difference.

"But here we have to live on humanitarian aid, donations due to funding from ECHO and others, like the fresh food we just go today. It's very good to get this help, but it is still not enough; it is difficult to include new people in the rations; for example, if you have children, it takes them a long time to be registered in the system to get help.

"I prefer to go home than stay here. The climate is better. Even if it isn't recognized as a state or a government, it is better than staying here as a refugee in the desert." Fatima Taki, 40. 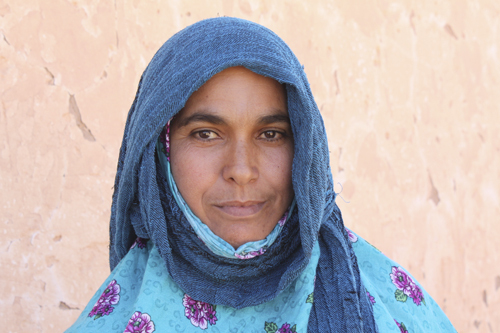 Fatima is a mother of five and works in a school dispensary in Smara camp. She has spent almost her entire life in the refugee camp.

"The biggest problem living here is the heat. The climate, in general, is very challenging and the big sirocco winds [warm and uncomfortably humid winds that occur over the Mediterranean] are the hardest. It's very hard to breathe, there is so much dust.

"Life is very difficult because we really rely on outside aid. We have no means to take advantage of many things for example we get fresh food. It is hard to conserve the items because many people can't afford refrigerators and many areas still don't have electricity.

"We have a solar battery but it only lasts about five months because of the weather here and the sand storms and we have no money to afford to replace it.

"We want to provide good things for the family, but we don't have a great variety of products that we get to eat, so we always have to eat the same kind of food, the same kinds of meals.

"Sometimes we buy things from the markets, but other times we don't hav money to supplement what we get from the aid agencies.

"It is difficult to earn any money. I work in a school dispensary and get 1,000 dinars a month as an incentive [€10]. I do the washing, oversee the children and meal times and oversee the school feeding programme. My husband has problems with his knees and can't do any work so I am the family breadwinner.

"I'm very proud to have this job. At least I'm doing my best to improve our everyday living conditions. My daughter is in Spain for two months in the summer and she can send money back to us too, so that helps. "I don't like being here in the camp, we never wished that, but conditions obliged us to come here. I never thought we would spend so many years here. And we don't want our children to have to spend another forty years here.

"The conditions are very difficult. We don't want to live here, but we are still looking for solutions to allow us to return home.

"Every single day my children say to be: 'When are we going to be independent and when can we go home?' I tell them: if God wishes, we will have independence. We must resist. As we say "for the one who waits, a shadow comes. In other words, if you are patient enough, you will get what you want in the end." 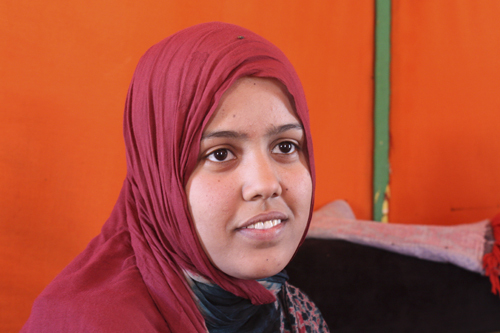 Telhi, from Smara camp,speaks fluent Spanish and studied in Libya until the war broke out there.

"I spent five years studying in Libya. It was a boarding school, and we were all girls. At the time, we could only study in the camp to age eleven.

"It was difficult to go and study overseas. I'm the only girl in my family, with five brothers, and I am the eldest. My father works in Rabouni...he does some work there one or two days a week.

"Do I want to continue to live in the camp? I'm half and half. Part of me wants to stay here and be with my family and brothers, and the other half wants to travel and discover the world.

"The hardest thing is the struggle to find any work to do. My mother fights with my father and all of us - the children - are a witness to these fights. My father wants to provide things for his children, and because we are young, we need things, but they cannot meet these expectations. I see it's very hard for them. The hardest thing is to fight for food to make the life of his family easier.

"I hope there will be change. Every morning when I wake up I hope I will go back to our land. If this is not possible, I hope to have better food and a better life. I want change. Things here are the same very day. It is boring. Very, very boring.

"My friends think the same. They want changes in everything; in our food, in how we live.

"We are trying to find a solution in how to live here now. We are trying to be active, to handle daily life. It's hard to find work, as there is scarcely any opportunity for us. There is not much, but we are looking for things to do.

"But there is always hope. I dream of living an easier life."

Read more about ECHO's work with the Sahrawi refugees here.