Haven't been lucky enough to score tickets for Hamilton yet? Then you may want to check out these other highly anticipated new musicals opening on Broadway this spring. From the tap-happy Shuffle Along, choreographed by Savion Glover and starring six-time Tony Award winner Audra McDonald, to the stylish shocker, American Psycho, based on the killer movie of the same name, there seems to be something for everyone's Broadway taste!

ZEALnyc offers a peek at four new musicals that start previews on Broadway this month. Read on! 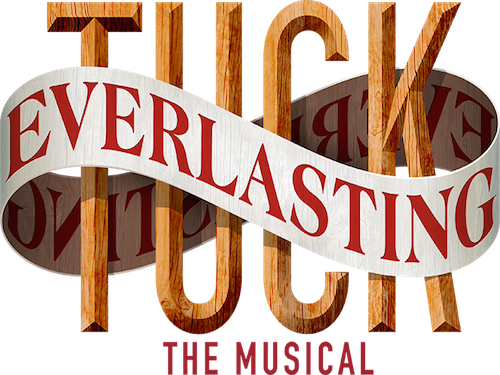 If you could live forever, would you? When Winnie Foster discovers the magical secret of the Tuck family, she embarks on an extraordinary adventure that will change her life forever. Take a journey you'll never forget in this powerful new musical about love, family and living life to the fullest.

Based on the best-selling, award-winning novel by Natalie Babbitt, Tuck Everlasting is brought to life with world-class artistry and powerful storytelling in a sweeping production directed and choreographed by Tony Award-winner Casey Nicholaw (Aladdin, The Book of Mormon, Something Rotten), featuring a book by Tony Award-nominee Claudia Shear (Dirty Blonde), music by Chris Miller (The Burnt Part Boys) and lyrics by Nathan Tysen (The Burnt Part Boys). 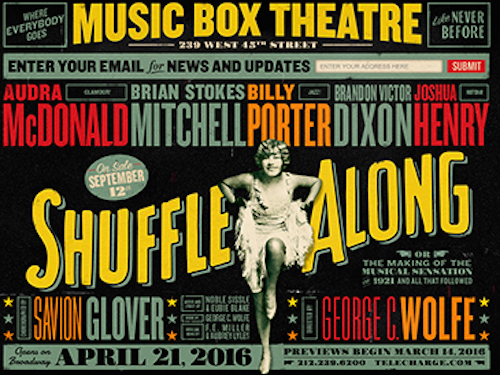 In May 1921, the new musical Shuffle Along became the unlikeliest of hits, significantly altering the face of the Broadway musical, as well as that of New York City. By the time Shuffle Along stumbled into town after a back-breaking pre-Broadway tour, it was deeply in debt and set to open at a remote Broadway house on West 63rd Street. But with an infectious jazz score and exuberant dancing, Shuffle Along ignited not just Broadway, but all of New York City. With Shuffle Along, Uptown and Downtown met -- and became one.

The 2016 Shuffle Along is created anew by a remarkable constellation of artists and stars Tony Award-winners Audra McDonald, Billy Porter, and Brian Stokes Mitchell. Tony Award-winning director George C. Wolfe has provided a new book (based on the original by F.E. Miller and Aubrey Lyles) that both brings the original back to glorious life while telling backstage saga of its creation -- and how it changed the world it left behind. Shuffle Along, Or, The Making of the Musical Sensation of 1921 and All That Followed, features the show's original music and lyrics by Noble Sissle and Eubie Blake, and choreography is by Savion Glover. 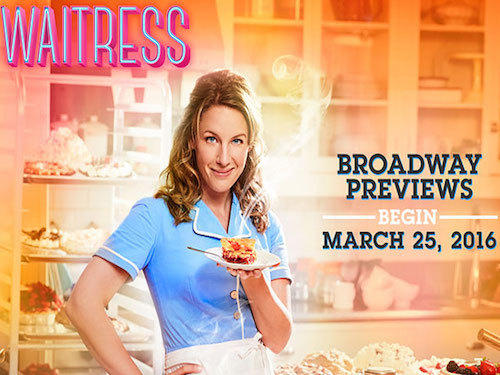 Tony Award-winner Jessie Mueller (Beautiful) is Jenna, a waitress and expert pie maker in a small town who dreams of a way out of her loveless marriage. A baking contest in a nearby county and the town's new doctor may offer her a chance at a fresh start, while her fellow waitresses offer their own recipes for happiness. But Jenna must summon the strength and courage to rebuild her own life.

Inspired by Adrienne Shelly's beloved film, Waitress is an uplifting new musical celebrating friendship, motherhood, and the magic of a well-made pie. 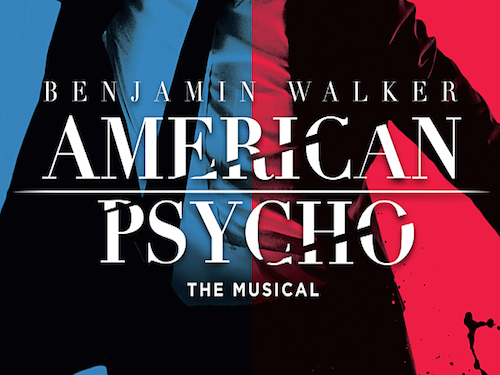 Direct from a sold-out, acclaimed run in London, American Psycho comes home to the city that inspired it. This hit musical, from London's Almeida Theatre, based on the best-selling novel by Bret Easton Ellis is set in the excess of 1980s Manhattan, where young and handsome Wall Street banker Patrick Bateman pursues his darkest American dreams. Benjamin Walker (Bloody Bloody Andrew Jackson) leads a first-class cast, including Tony Award-winner Alice Ripley (Next to Normal), Helene Yorke (Bullets Over Broadway), Tony-nominee Jennifer Damiano (Next to Normal), and Drew Moerlein in his Broadway debut.

See everything here that is on Broadway and Off-Broadway, and the latest theater news at ZEALnyc.