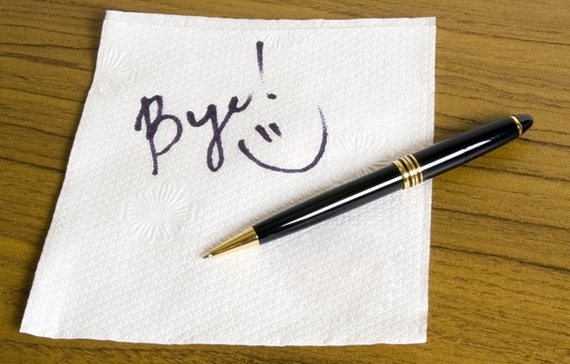 Lauren was frustrated with her job. Management had decided to change her primary focus from advising internal clients on technology decisions to metric-driven sales. She decided to quit her job expecting it would be fast and easy to find another one. Six months later, she's still looking and worried about her unemployment running out. What went wrong?

In their book Decisive: How To Make Better Choices In Life and Work, authors Chip and Dan Heath offer strategies for making better decisions based on comprehensive research in decision making.

We are terrible decision makers
According to Nobel-prize winning psychologist and economist Daniel Kahneman, "We are quick to jump to conclusions because we give too much weight to the information that's right in front of us, while failing to consider the information that's just offstage." Kahneman refers to this as "what you see is all there is," or as the Heaths call it "the spotlight effect." In Lauren's case, she saw the information inside of her spotlight; a change in responsibility that made her unhappy. But not the information she might have discovered if she broadened the range of her vision.

According to Chip and Dan Heath, career decisions are often "regretted or abandoned. "Here are some of the stunning statistics they site: "24 percent of lawyers who passed the Bar in 2000 were not practicing law in 2012, according to the American Bar Association. 40 percent of executive hires fail or quit within 18 months, and more than 50 percent of teachers leave the profession within five years."

What to do?
When researchers looked at how and why people make good choices, they found that a process for exploring alternative viewpoints, acknowledging uncertainty and seeking out contradictory opinions helps decision-making. This process, they found is much more effective than analysis, our tried and true method of weighing the pros and cons, a la Ben Franklin.

The Heath Brothers recommend a four-step process they call WRAP. Let's apply this to Lauren's situation.

Step 1: Widen your options (W)
The first enemy of good decisions is a narrow focus. In Lauren's case, the only alternative she saw was quitting her job. To widen her options she could have asked herself: What other choices do I have or what do I want out of my career and what are the best ways of getting there?

Step 2: Reality test assumptions (R)
Lauren was convinced that joining a technology consulting firm would provide the rewards that the job she quit didn't. Instead of presuming the grass would be greener somewhere else, she could have interviewed people in technology consulting to find out what they like and the challenges they face. These conversations would have allowed her to learn what it would take to make a transition and how long it might take. In other words, they would have given her the opportunity to reality test her assumptions.

Step 3: Attain distance before deciding (A)
When the emotions that confront us when making important decisions cloud our focus and narrow our vision, gaining perspective can help us shift the spotlight to reveal new possibilities.

In her book 10-10-10, business writer Suzy Welch suggests a simple strategy for keeping short-term emotions in check. Before making a decision, she suggests asking, how will I feel about my decision 10 minutes from now, 10 months from now and in 10 years?

Another way of gaining perspective is to ask yourself, what would you tell your best friend to do? Our advice to others tends to focus on their most important values while when we're deciding for ourselves we get stuck.

Step 4: Prepare to be wrong (P)
"Our predictions grow more accurate when we consider the worst and best possible scenarios," say the Heaths. Imagine the worst has happened and ask yourself why, they suggest. If Lauren had asked herself this question, would her decision to quit her job have been the same?

The WRAP process is a tool to stop the cycle of agonizing indecision and making an informed decision. Though nothing is foolproof, it's a way for you to take calculated risks feeling more confident.