You've been in this meeting: Your leadership team is facing a whole bunch of bad news. What seemed like a plausible plan just a few months ago now seems in jeopardy. Maybe worse, it seems like a pipe dream.

You look around the room. The team has the usual characters: the three people you naturally gravitate toward; the guy who rubs everyone the wrong way but doesn't know it; the little cluster who sees the world very differently from you, who you'll never get; the peace-maker who is always trying to smooth off the rough edges of any disagreement; the individualist who was never really into this team anyway; the person who must be the smartest person in the room.

You bring your eyes back to the deck placed in front of you by the CFO, whose unenviable job is to communicate in a professional monotone that you, collectively, are screwed. The competition is ramping up. Customers are defecting. Regulators are rattling their keys on the door.

For a moment, you feel yourself slipping into despair, like the Dilbert character who offers to die an hour earlier in exchange for the freedom to skip this meeting.

Right then, stop. Take a deep breath and realize that your team is normal. Under pressure, every team faces four great temptations. It's your choice whether you give in to them or go another way. 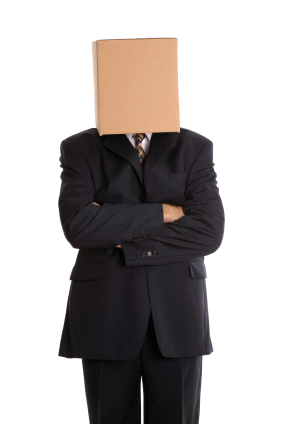 While bad enough when faced by an individual, these temptations accelerate when they're in a team. They're contagious. They gain a momentum all their own. Left unaddressed, they can quickly destroy months and years of hard work in building your team's momentum.

Like any temptations, these can be avoided but only if they're replaced with something better.

Just as all of these temptations can spread, so the replacements can build their own kind of momentum. A few people take ownership. A few others make quiet but useful contributions to the success of others. Denial or exaggeration is replaced by the clarity of the truth. People get to work on useful projects to address the core issues. Spirits slowly start to lift as team members look around and say, "Hey, we're doing something real and productive together. Maybe we can pull through this!" It's usually slow and fragile, but the tide can turn.

Ending this post now would be convenient, but trite. The truth is that you may choose to replace these four temptations with the virtues of reality, ownership, partnership, and focused action - and your situation still may not improve. This is the real world we live in. Sometimes best efforts and noble responses yield limited results.

If work is about more than results, if it also acts as a sort of laboratory for your soul, wouldn't you rather walk away from even a circumstantial failure with the clear sense that you had grown as a person?

Wouldn't you be better prepared to be an exemplary teammate and contributor during the next challenge thrown your way?

Wouldn't it improve the chances that you would view those on your team as great people on whom you'd call in some future crisis?

Wouldn't that be worth it?

In that case, even a superficial failure just might provide you with long-term benefit that defies calculation.