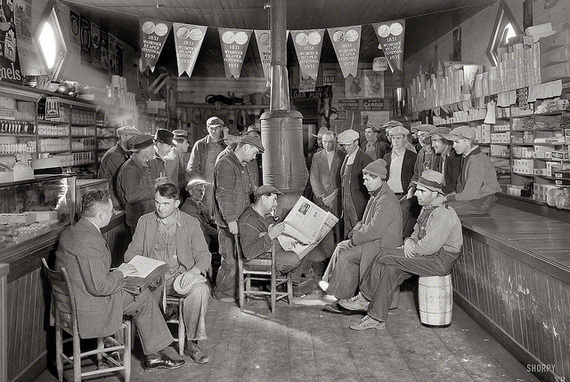 I recently launched an unconventional recruitment campaign for a new role in New Zealand, and received more than 1,000 applications from amazing, talented people from all around the world. The Shoulder Tap was designed in a way to prompt people to reconsider where and how they work, and the results have blown me away.

The applicants hail from more than 30 countries, and come from a variety of different backgrounds, including billion dollar hedge fund managers, lawyers, prison managers, life-long activists, Ivy League graduates and Fulbright scholars. The recruitment videos have been played over 15,000 times, and during the first three weeks of the campaign, an average of one tweet per hour was sent using the #theshouldertap hashtag. An entire community began to develop, where people started meeting each other online and in real life.

So how did this happen? Here are four things our team tried to do that we think helped...

1. Inspire People To Be Part of Something Bigger

What is attracting an increasing number of young workers to careers is not just a challenging job with a high paycheck. What more and more people are seeking is the potential to make a positive impact on people and our planet, while building their career and making money at the same time.

Many companies have a mission beyond what's obvious, but often don't live and breathe it. In The Shoulder Tap campaign, it's crystal clear that the successful candidate will be working on projects and ideas to play a part in social issues and opportunities as much as commercial ones. In this way, we hoped that applicants would see that they would never have to leave their values at the door when they came to work.

So communicate or inspire potential applicants to believe that they will be able to connect the dots between their role at the organization, and the broader issues that they care about in the world.

2. Connect with People through Values, Not Skills

For The Shoulder Tap, the initial screening tool on the website was designed to uncover applicants' values and beliefs, as opposed to their previously held experiences. They were asked 14 different questions, including who they would invite to dinner to discuss the most pressing social and environmental issues facing us. They were also asked to rank how meaningful various factors are for their careers - from making a difference, to making money. We asked these questions because we know that evaluating their values and beliefs - as well as their skills and experience - is critical to hiring and building an amazing team.

3. Build a Campaign that Lives Your Brand

Hiring is marketing and communication. It should never be the sole domain of an "HR" department - like any form of selling, it should be driven by cross-functional teams from strategy to execution. "HR" is a hideous name for a department that's essentially the pipeline to the soul of an organisation and is about people and relationships, not resources.

Far too often a company has a stellar brand, a life and a personality - but their recruitment programs look like they came off an assembly line. The brand is nowhere, the heart is invisible. Recruitment campaign strategy needs total rethinking and reinventing to inspire people to want to apply with passion.

The world of creative advertising, digital thinking and recruitment need to meet, have sex and make a ton more babies.

The amazing team we put together for The Shoulder Tap included coders, digital designers, brand development, storytelling, marketing strategy, communications and media relations. And of course, a passionate recruiter - but more on that team in a future post.

4. Make it a Wider Conversation

We engaged a wider community by default because the campaign encouraged people to nominate colleagues and friends through the website - this is why we called it The Shoulder Tap. We were asking others to help us find the best and brightest for the role and those nominated were sent personalised teaser messages inviting them to learn more.

Hundreds of mentors and mothers, ex-bosses and ex-partners, friends and family, spouses and co-workers all became part of the conversation and 'shoulder tapped' somebody they thought would be a brilliant fit for the job.

We also asked applicants to name a social issue they cared deeply about. Their issue was transformed into a tweet that included #theshouldertap hashtag, and cc'd to the New Zealand Prime Minister's twitter handle, @johnkeypm, just for good measure.

Life is too short to be in jobs we don't love.

Last week, we shortlisted the most inspiring 100 applicants and asked them to pitch a solution to an issues they are passionate about solving. The best idea gets $10,000 to kickstart their idea. This week we have moved 20 applicants to the next stage.

The biggest risk of this whole exercise was that it looked like a PR stunt and that the person doing the hiring was putting in an awful lot of effort for just one job. However -- we committed to the idea that people would understand that I wanted to help start a bigger conversation and catalyse a group of like-minded, brilliant people to come together and work on things for the greater good.

As the campaign unfolded, people did start to get it -- that this was more than about one job, and we've created a growing community who want to start new companies, work on social issues together, collaborate, and create. And on 21 June, we are all getting together for the first time 'in real life' to begin to do just that.

PS. You can read my first post written when we launched the campaign, here.