When the London-based collective Assemble were named winners of the 31st Turner Prize, the UK media did not really know what to do with it. The problem with Assemble is that it touches many issues that the British do not seem ready to face and it is precisely that which makes it art. In a nutshell, Assemble was consecrated as the top of British art for doing up houses that had been set for demolition after the Toxteth riots of 1981. But do these bunch of twenty somethings even know what they are getting into? 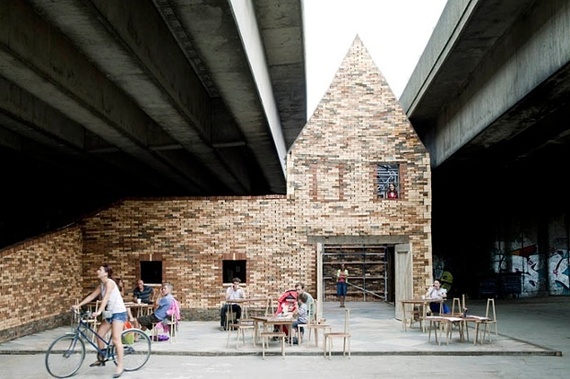 I am saying this become none of the 16 members of Assemble is a fully qualified architect, and some are not architects at all. They are aged between 26 and 29 so they don't really experienced the Toxteth riots. They don't yet have a completed permanent new building to their name either. Yet they capture our attention in a way that no other architects (or almost-architects or artists for that matter) under the age of 40 have done so far. This happened because, in conservative times, they dared to address the idea of 'the common' as a civil right only four years after the 2011 riots and by doing that they are questioning the relevance of institutions such as the art market and the academy in a world of homogenising financial globalisation. 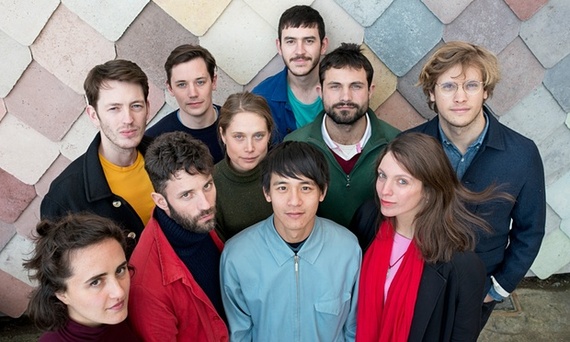 In an insightful article written by architect Mauricio Corbalán in my Argentina blog (www.loveartnotpeople.org), he said:

'The Toxteh riots shocked England and us, the Argentine, were directly affected by them because they happened only a couple months before the Fauklands War. This made it evident how right wings government deal with internal crises. The Argentine Armed Forces provocation was exactly what Thatcher needed to divert the attention away from the domestic social crisis towards a foreign foe. The media were functional, of course, but a change that seemed geometric ended up being a topological one. The Toxteh riots were an urban crisis that soon became an international one. In 'Look and Smiles', there are two teenagers. One is passionate about motorcycles and wants to become an engineer and the other one, more boyish wants to fight for his country in the Armed Forces. Needless to say that the former ends up unemployed while the latter ends up patrolling the streets of Northern Ireland. That was England before the Toxteh riots. A country without hope for the working classes. Today, Toxteh is again in the news because Assemble was nominated for the Turner Prize for their work in Granby 4, an area of Liverpool that had been abandoned after the riots when Thatcher sent her Minister of The Environment to 'clean' the area from its 'rioting pest'. Horizontal and collaborative, Assemble penetrated a difficult area to help the locals to turn a NO-GO zone into a something different'. 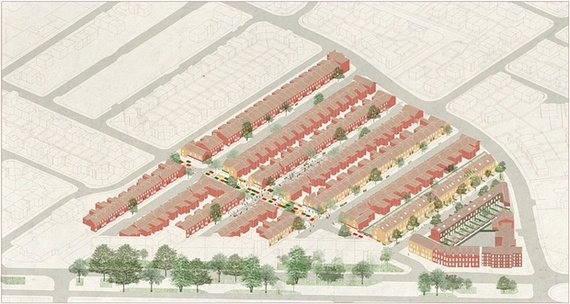 It came as a surprise that the Guardian did not know how to deal with this after investing so much money and time trying to build an interpretative apparatus after the 2011 riots. In its Arts section, Adrian Searle questioned whether Assemble was in fact art 'or instead a kind of socially engaged design practice' and compared it with Theaster Gates's efforts to regenerate a corner of South Chicago. Searle, again, misses the point when saying that the only difference between Gates and Assemble is that 'unlike the former, the latter do not make artworks to supplement their larger projects - though the fireplaces, benches and ceramics do make some money for Granby'. I believe that Assemble did something much more 'subversive' and important in 'Granby 4' than Theaster Gates in Chicago, for they questioned the very notion of private property by deploying a legal tool called CLT (Community Land Trust) which allows individuals to declare an urban infrastructure as a 'common'. A CLT enables land to be bought and kept in community ownership in perpetuity, passed down through the generations. Houses are sold or rented out at a rate that is linked permanently to local incomes. This, in a country affected by a property bubble that has been giving its youths only two options: to join the market and give up their own creative voices or to risk be an outcasts. In other words, the Turner Prize canonised as art the formulation of a much needed question and by doing so they transformed the law (common law) into its artistic material. Assemble is not just about design but about the manipulation of the law to generate oxygen for art to happen. 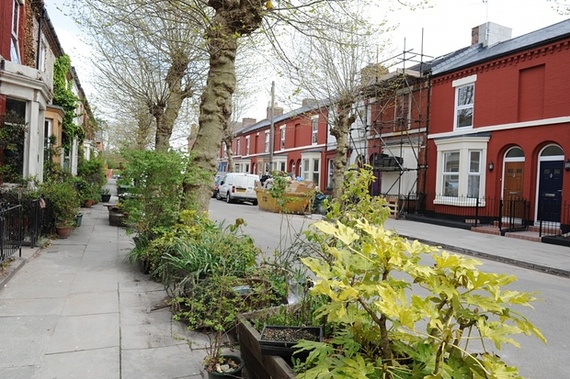 But how aware about this are the Assemble collective? Will they resist the seductive singing of the market mermaids looking to transform their Turner Prize allure into an architectural brand? Well, according to Rowan Moore, also for The Guardian, they have already gave up on those ideal for which they were nominated and awarded the Prize. In fact, after the Turner Prize, Assemble is closer to Norman Foster than that for what they were been awarded the Prize in the first place. I am saying this because Assemble is already working on a permanent art gallery for Goldsmiths, University of London, the same kind of institution that they were criticising in the first place (or were they not?). This puts it on the more conventional career path of aspiring architects beating five older practices to the commission.

If Goldsmiths were its only notable commission, it would be news enough for a young practice. The fact that it has grown out of a series of other arresting projects, which show coherence of ideas, resourcefulness of means and faithfulness to its beliefs, is particularly impressive but it has already started undoing what they had done. According to them, they had also been contacted by some London property owners to help make a co-housing scheme where people on different incomes can live in proximity. A century ago, in times of utopian planning, Assemble would have already been invited to proposed a city plan or the regeneration of an industrial area. Instead they are contacting by institution to add their signatures and hopefully increase the price of the ever increasing London property market. Helas! J A T