Everyone knows by now that San Francisco is one of the coolest cities in America. So you may find yourself paying more than one visit to the City By The Bay.

But one question always remains when you visit: What do I eat? Don't worry. Foursquare has recently released data uncovering the 50 "top trending tastes in San Francisco and the best places to experience them."

We'll just call it the "San Francisco Bucket List of Food." And while it might be hard to visit all 50 places in one little trip, we've broken it down, and picked our top ten things we think you absolutely must taste, at least during your first time. 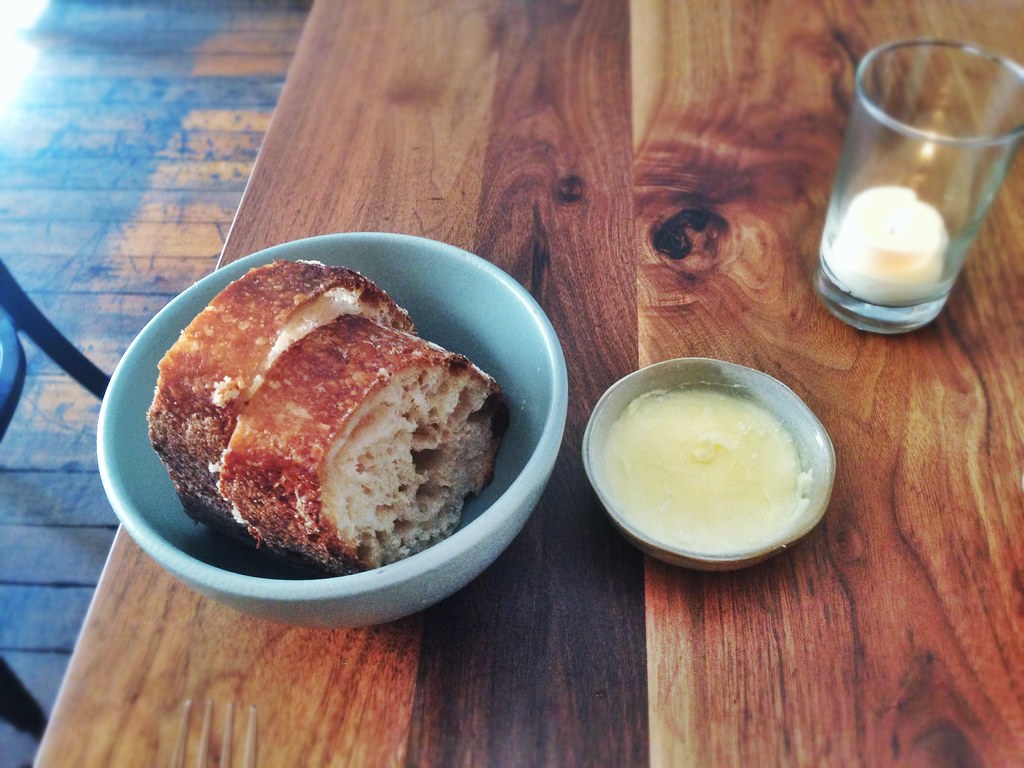 Who knew bread and butter would be one of the major highlights of a restaurant? It's true. Just take it from FourSquare user, David Adams. He says, "The country bread and cultured butter are mandatory."

Burritos are a touchy subject in this city; everyone seems to have their own favorite. However, most people seem to head to Taqueria El Farolito, a popular spot for late night eats. Give it a try.

3. Chicken for Two at Zuni Cafe

Everyone talks about this chicken. Let Eater's San Francisco editor, Allie Pape, break down why it's so good:

"[...] its much-imitated roast chicken with bread salad is not only the restaurant's defining dish, it is a key building block in the evolution of California cuisine. Chicken is often the ugly stepsister of restaurant menus, but Zuni's is incredibly succulent, with perfectly crisp skin. The real treat, though, is the bread salad, with the dose of glorious chicken jus that melts into the crisp bread and brings it together with the tang of the currants, pine nuts, and greens. It's a heartwarming dish."

This amazing place brews their own delicious beers. They also have something called "Hoppy Hour" every weekday from 4pm to 7pm. We're ready to go.

Everyone loves the garlic ramen here. SF Gate describes it as an "overachiever" that "hits all the porky notes while adding a rich roasted garlic infusion."

If you don't want to check off deep fried macaroni and cheese with a hotdog inside of it off your list, then we don't really want to be friends with you.

What people seem to love about this particular chowder is the fact that it doesn't skimp on the actual seafood part. It's full of meat and that's what a real chowder should be like.

This is a sandwich made in heaven. Imagine: halal chicken, avocado, pepper jack cheese and honey mustard all in one glorious sandwich.

Max Falkowitz of Serious Eats loves this ice cream because "it rises above the pack" by adding balsamic vinegar to the recipe, which he believes gives it a "sweet complexity."

What San Francisco Can Teach The World About Urban Manufacturing
More:
travelhplifestyle